Balenciaga is being sued by car air freshener firm Little Trees. Sociologically the brand advocates fashion as a subject and instrument of analysis of every world’s civilization

Balenciaga is currently being sued by car air freshener firm Little Trees. The upset concerns the highly recognizable form of the tree-shaped air freshener that hangs from so many rear-view mirrors – because the fashion house is now selling keyrings with a very similar design. This is the second episode of its kind: last Spring the inspiration came from Ikea, with Balenciaga launching on the market its vision of the 40p blue shopper that we all know and love at the price of almost one thousand seven hundred euros.

Demna Gvasalia, from Vetement to Balenciaga, life and career

Demna Gvasalia, Balenciaga’s Creative Director, has recently left Paris for Zurich. This relocation has influenced his conception of fashion: as he heads away from the capital of couture and lands in Switzerland, perhaps a parallel shift from aesthetics to ethics. This summer Gvasalia declared to i-D magazine that he wanted to develop his references to clubbing, logo and text motifs with a focus on social values. Recently, Balenciaga collaborated with the World Food Program, a humanitarian association close to Gvasalia’s heart: in the early 90s, with the fall of the Berlin wall and the civil war in Georgia – Gvasalia and his family fled from his hometown of Sukhumi, first to the Georgian capital Tbilisi, then to Ukraine. The WFP helped twelve year old Gvasalia, who was suffering from malnutrition. Today the WFP logo is hyper-present in one of Balenciaga’s latest capsule collections.

Sociologically, Balenciaga advocates fashion as a subject and instrument of analysis of every world’s civilization. The brand has much to offer in this regard. The fashion house’s muses include Eliza Douglas, who appeared as model and performer in the German Pavilion at the 2017 Biennale Arte, representing a dystopian youth wearing black dance style clothing. For the Spring 2019 catwalk, Jon Rafman built a two-thousand-square-meter LED panel tunnel, in a blue reminiscent of the software error screen – while on the sweatshirts worn by the models, Georgia became a brand of rainbow colors. A gay-friendly Georgia that in history did not exist.

Demna Gvasalia is the co-founder of Vetements. Last month, Vetements created around fifty installations for various Harrods windows (in London and worldwide), in which the used clothes of employees were collected and exhibited, not for sale: a message spoken as part of the debate on waste, on consumption and excess production in the luxury textile sector, today among the foundations of contemporary capitalism. Ecology is key – and the installation was reminiscent, perhaps, of Pistoletto’s Venus of the Rags. Vetements is a fashion house that brings couture to the street, mixing luxury with mass consumption, looking for an aesthetic collapse between high and low. VetementsxEastpack, VetementsxChampion– in a moment in which brand crossing multiplies. Fendi x Fila is another example: the Piedmont sportswear brand appeared on the Fendi catwalks in Milan, a merging of logos born from an idea by @hey_reilly, the digital pop graphic artist followed on Instagram by Silvia Venturini Fendi.

Imitation vs copying, the brand Made in Italy

Imitation and copying appear legit, here, there is no longer any need to ask permission, nor to show respect. Dolce & Gabbana has transformed Italian cities into visual merchandise, along with the traditional family and faith – it is about ‘merchandising merchandising‘ – in particular, tourist merchandising. The most popular and economic expression of artistic reproduction becomes the object of elaboration of luxury. Just think how, through the centuries, the finest Italian products have been copied and reproduced – (Forbes places Italy in seventh place for its reputation among consumers worldwide and KPMG places Made in Italy as the world’s third best known brand after Coca Cola and Visa, ed.) – but today an artistic process that sublimates and legitimises imitation seems able to give power to the exploited imaginary. «The bourgeoisie embodied by Manuela Pavesi and Miuccia Prada, their anti-elegance aesthetic. Crochet hooks and ancient crafts at the service of a social message: the symbols of the submission of women to domesticity and to married life become instruments of female determination», says Marco Rimbaldi, a 28-year-old designer who presented her reasoned work on a constant re-edition of Made in Italy.

Jeremy Scott anticipated the potential couture of streetwear with Adidas, creating a pair of sneakers with a plush poodle shaped tongue. And Moschino was perhaps a forerunner in this conversation. In 2014 the brand presented sweatshirts and tops featuring the McDonalds logo, and the following year its models were human Barbies. Gucci is involved on a conceptual level. Last February, the brand recreated an operating room in which the models walked with 3D copies of their severed heads under their arms – a ‘Cyborg Manifesto’ that highlights as a topic for reflection the identity crisis brought about by social media, in which individuals are offering up false imitations of themselves. Alessandro Michele, in collaboration with Maurizio Cattelan, curated the exhibition The artist is present, on display at the Yuz Museum in Shanghai until 16 December 2018, speculating on the legitimate relationship between art and imitation. Cattelan’s work is a reconstruction of the Sistine Chapel. The title is the same as a performance by Marina Abramovič which took place at the MOMA in New York in 2010.

The argument is succinctly summed up. Today, replication and imitation bring new energy, new fire, new life and modernity – while in the past, replication and imitation would signal a lack of creative ability or an attempt to exploit the success of others. The examples cited in this text fall into the first category – Balenciaga above all, with the copy conveying a social message raising questions on our civilisation. Other examples are less ‘dramatic’, but these too pose current questions: Dolce & Gabbana and its souvenirs, Gucci and the exhibition with Maurizio Cattelan, Moschino with its detergent and burger joint logos. In the second case, in which the replica suggests a lack of creativity and exploitation, it would be worth mentioning brands that, precisely for this clarification, are not worthy of note.

Not forgetting the work of Diet Prada, which continues to expose copycat design, juxtaposing images of the original with the “new” – it would not make sense to complete this article without a reference to Tony Liu and Lindsey Schuyler, who with the claim knocking each other off, effectively kick back at all those who dare to jump on the back of the ideas, conventions, and the risks of others. We must conclude with Hedi Slimane, who at Celine has done nothing more than create a replica of himself during his time as head of Saint Laurent. The question therefore remains open on what constitutes an original today: Saint Laurent invented by Slimane or Celine re-made by Slimane? Is the original no longer that which was first to amaze the public, but rather the latest to win them over? 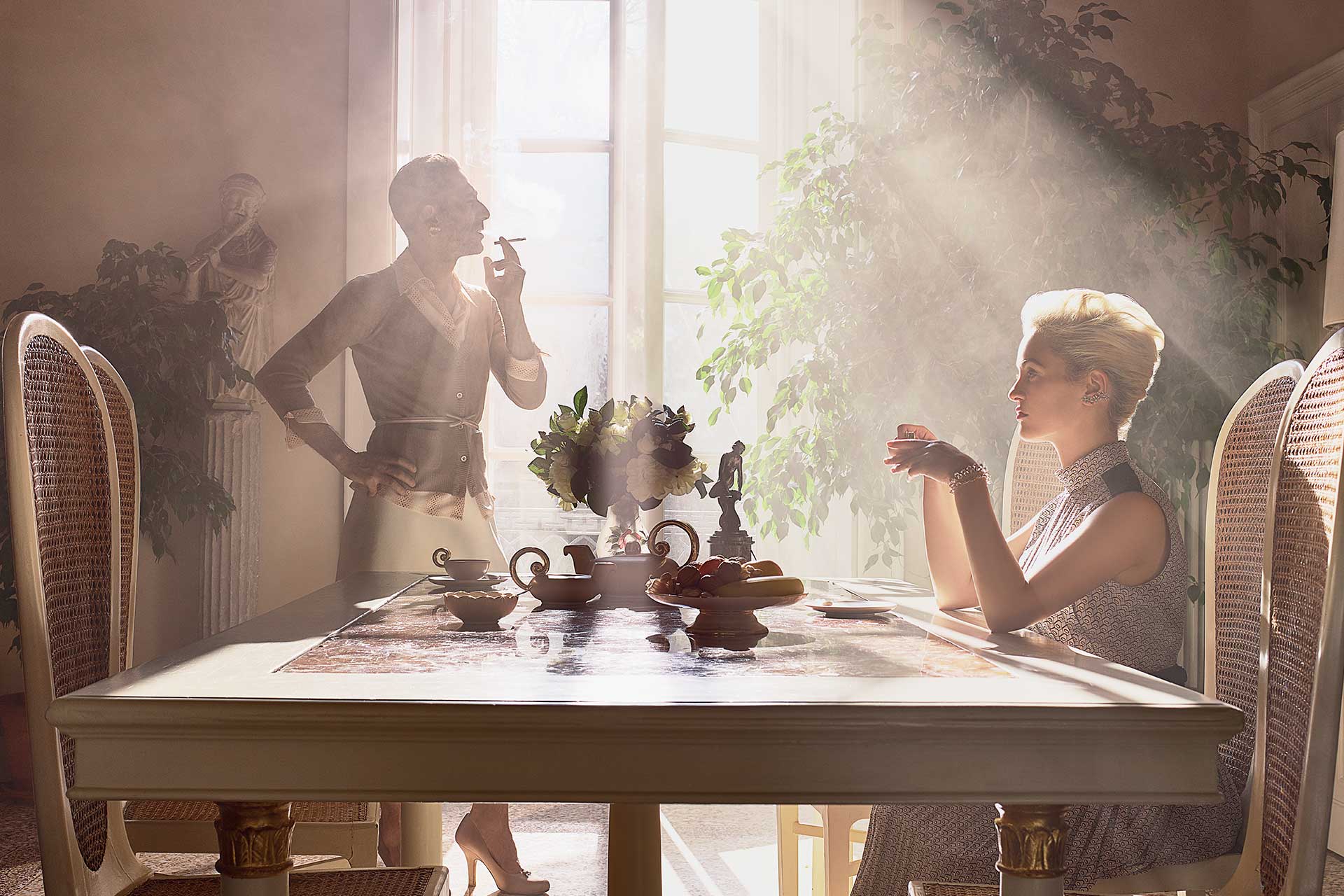