Though Cristian Mohaded’s design studio is based in Milan, his travels through the different regions in Argentina are the inspiration of his creations. Each region dictates the materials and offers its own resources, such as metals and different types of leathers. But he does not stop there, he immerses himself into the cultural identity of each place.

The artisanal practices found in the regions are present in Cristian’s work, such as the Simbol Collection of traditionally woven baskets which were created by a local weed knitter, Lorenzo Reyes, in collaboration with Cristian Mohaded, using the simbol plant, indigenous to the north of Argentina. The results were modern hanging lamps and a sculpture created by stacking the baskets on top of one another and creating the Floating Tower. «Integral to our vision is developing a synergy between the know-how of traditional artisans, contemporary art and industrial design to generate sustainable commercial activity in remote areas».

The pursuit of Argentinian artisans is rooted in the desire not only to preserve tradition but to bring commercial activity to small regions within Argentina. It seems Cristian Mohaded functions as a middleman of sorts and uses his influence to connect artisans to the industry. The designer does this through his design studio which he says is committed to «preserving local techniques, traditions, and materials from Argentina».

Design as a discipline may not be a priority in Argentina but he believes that contemporary design can leverage its influence to generate lasting social and economic capital. According to Cristian Mohaded, the notion that the world of traditional artisans and the world of industrial design are disparate spheres is a mistake. He expels this notion by suggesting that it is due to a misconception. «I think the mistake is in believing that they are two worlds, but on the contrary, they are worlds that embrace each other, and can work in synergy».

The question of form versus function within design is answered by Cristian Mohaded as being a discourse between the two. «Good design is not function vs. form, it is about the dialogue between these components. But of course, I think that a good design project must also have a third link. It must have content, context and it must be able to dialogue». Despite this trifecta of design goals, he says that the approach to his creative process is to go forth without rules, and this would commence with the practice of looking.

«Many of my ‘great’ designs were born from everyday observation, from the observation of my environment, from finding a gesture, or from a quick sketch before going to sleep». Mohaded’s approach is not to create with an end in mind, but to craft something that relates to its environment, something which he describes as a kind of evocative element that should illicit feelings and reactions.

Recreo, a town in the north of Argentina is where Cristian Mohaded grew up. Its small population and desolate landscape encouraged his creativity instead of hindering it with its lack of stimuli and resources. He created his reality, by looking beyond the borders of his hometown and sought out ways to be creative despite its limitations.

His childhood expanded his resourcefulness and instilled the importance of making use of what is available. He grew up inspired by his grandmother who was an artist and painted the Recreo landscapes, occupying himself with whatever he could find. While the rest of his town took daily siestas to retreat from the Northern heat, he spent this time exploring and creating things with his hands.

When Cristian Mohaded speaks of his upbringing, it is not steeped in nostalgia but rather a sense of practicality and the inevitability of a child finding something to occupy his time with. He substantiates this practicality by connecting it to a textural aesthetic which elevates a design to something more intriguing.

The Ninho collection features a fur-like texture on various pieces of furniture. This «fur» was created by manipulating discarded carpet edges salvaged from a carpet factory. Ninho means nest in Portuguese. The objects Mohaded created invite its observer to reach out and touch the nests of fibers which enrobe a selection of lamps and tables. His goal was to «generate a series of tests and classify the actions that the material was subjected to in order to find those attributes».

«I cannot think with a 3D program, as I see that it happens many times with the new generation of designers, where everything (colour, density, brightness, saturation, texture etc.) is affected and depends on the commands of a programme». Young designers may be missing out on the tactile experience of creating with physical materials from the start.

Mohaded’s antipathy towards technology within the design industry is not a denouncement of modernity, it appears that it is more complicated than that. He speaks of taking traditional Argentinean designs and «transforming them into something more contemporary, something more plural». This signifies Mohaded’s vision of bringing Argentinian design to the international fore and using contemporary ideas to modernize traditional techniques.

Clients — «they all look for answers, solutions and new ideas». This quest for answers is where he seems to apply the notion of function, particularly when speaking of working with clients. «Before starting a project, my first step is to listen, observe, learn, and understand the client. I must have as much information as possible, I must dive inside to give them an answer». If you think this pragmatic sense of solution sourcing limits the designers’ artistic freedom, you would be wrong.

«In recent years I have allowed myself more license in my approach as designer and artist, I feel I am achieving a connection with myself, being honest with myself». Mohaded has aimed to have his work displayed in galleries and museums, and by doing so plays with the idea of industrial design and artistry being different sides of the same coin. 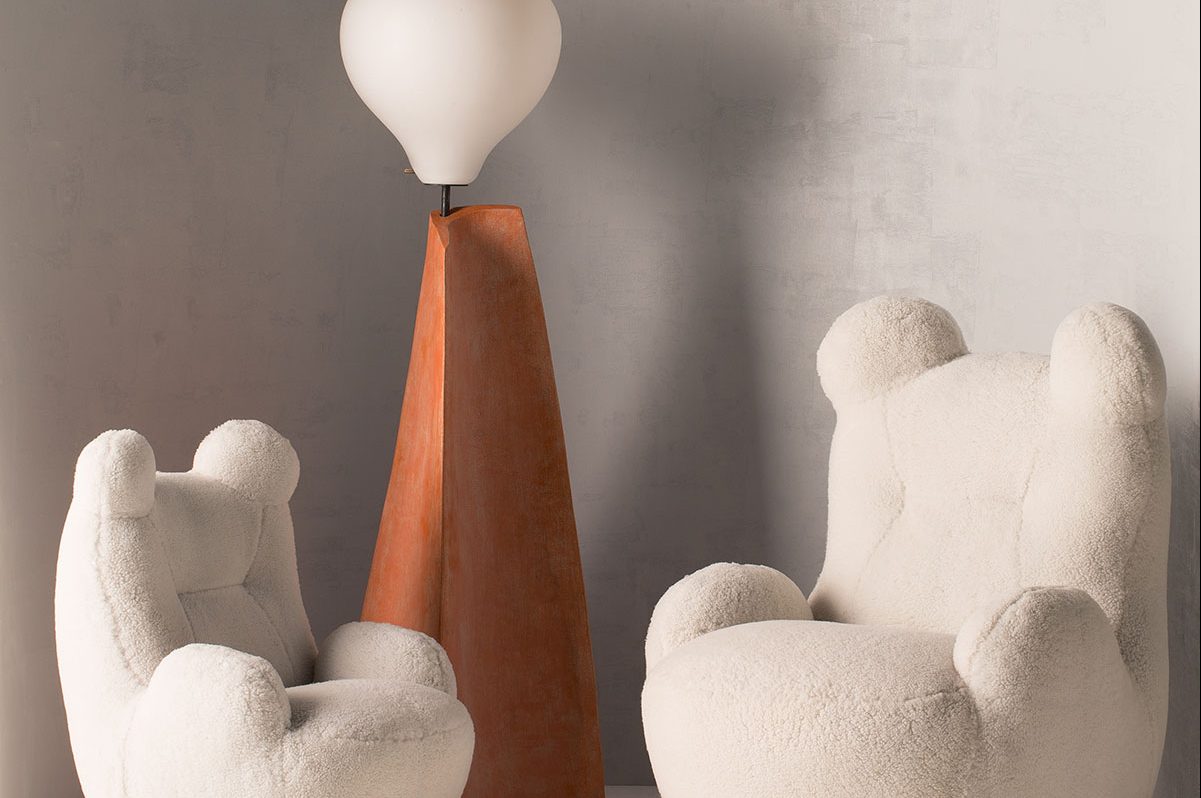 The Hexagon Cuff by David Morris: the human mind envisioned it, technology made it possible, and a leap of faith was the catalyst. Time is not of the essence, prototyping is key