Global access to clean water can be achieved by 2030 – what’s the status now?

Giorgio Armani’s commitment to provide water to the world is entering its second decade. The Acqua for Life partnership with WaterAid provides access to safe water, hygiene and sanitation.

In a compelling and simple way, artist photographer Viviane Sassen captured the connection between water and life in the water-scarce region of Nepal, a country still grappling with the effects of a devastating earthquake of 2015, political upheavals and chronic water shortages. The imagery depicts the locals voyage to source water, a mother washing her baby, a group of women preparing food – routine activities, to which 40% of global population has difficult or no access. As one of the world’s most extreme landscapes, including the Himalaya mountain range, vast valleys and heavy monsoon rains, in this area it is a challenge to access clean water supply, decent sanitation and hygiene. According to Nepalese government’s statistics, one in every five Kathmandu households has no access to a domestic water source and two-thirds of its urban households live with an inadequate water supply. Still, a recent report published by WaterAid states that Nepal came third in their 2015 ranking of countries who made the biggest improvements in sanitation.

Hannah Jarratt, creative campaign lead of WaterAid, has witnessed the positive change firsthand, whilst on the trip with Viviane Sassen in 2019. Upon arrival to one of the more remote communities in Bardiya region, they found an already existing local female-led organisation, which taught pregnant women the importance of hygiene during pregnancy and after the babies are born. «These women have created weekly classes, educating about sanitation, best ways to breastfeed, the importance of cleanliness once you’ve had a baby and also how to keep your home safe and clean. The impact of behaviour change within the community is huge», says Jarrat. The trip was part of WaterAid’s partnership with Giorgio Armani’s Acqua for Life initiative, which has entered its second decade this year. So far, the main goal has been to address the world’s water crisis by creating three-year-long programmes in developing countries including Nepal, Madagascar and Papua New Guinea. A part of these programmes is providing training and tools for members of local communities, focusing on specialist areas, such as borehole engineering, so that in the case of breakage, the systems and technologies put in place could be preserved. 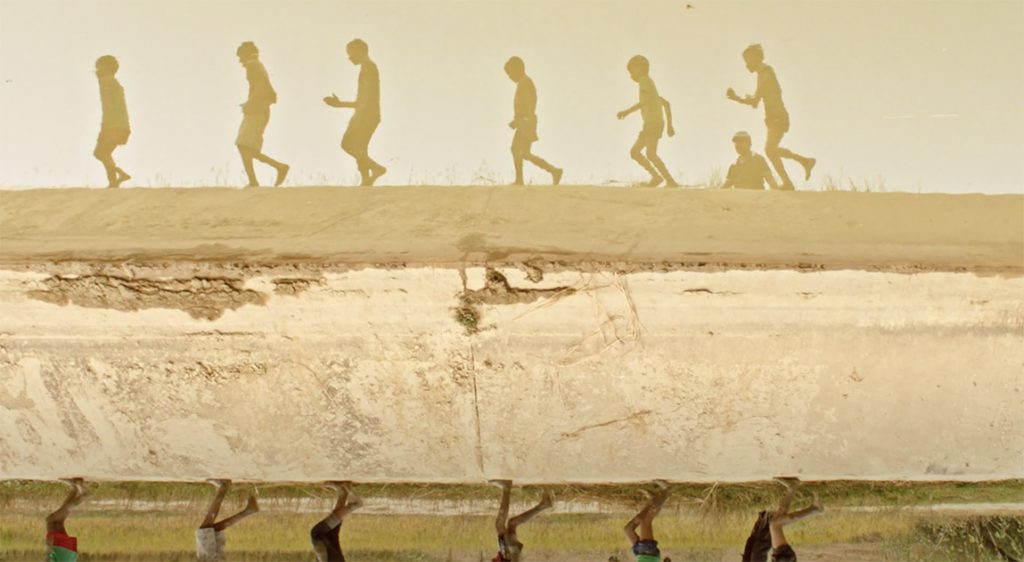 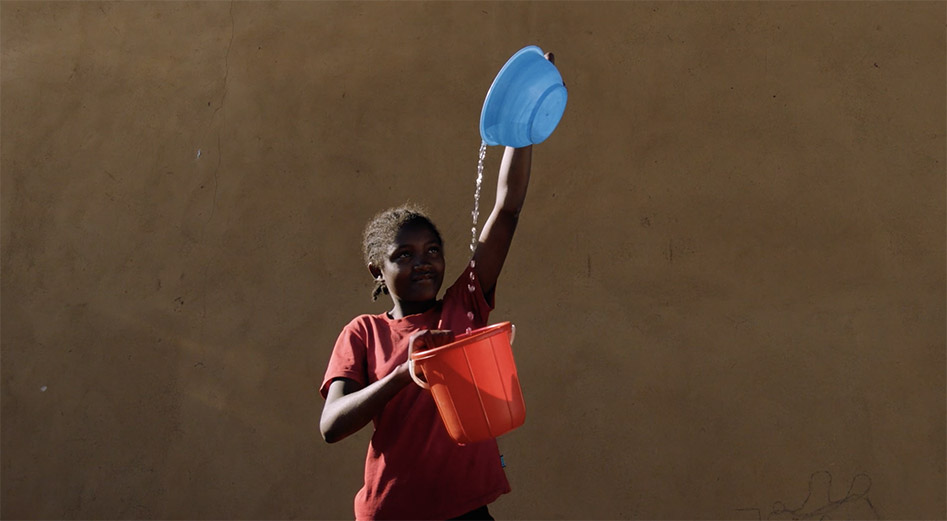 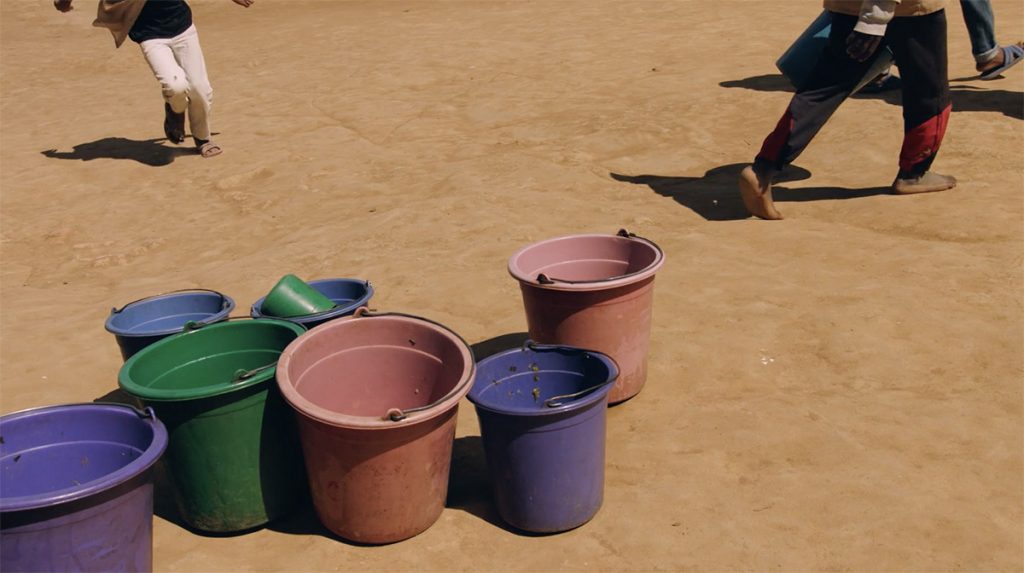 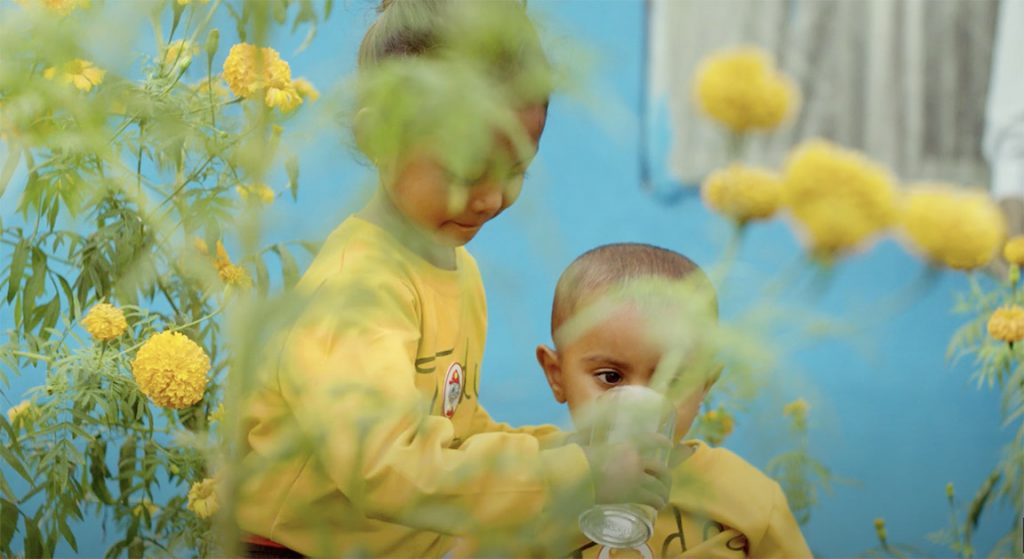 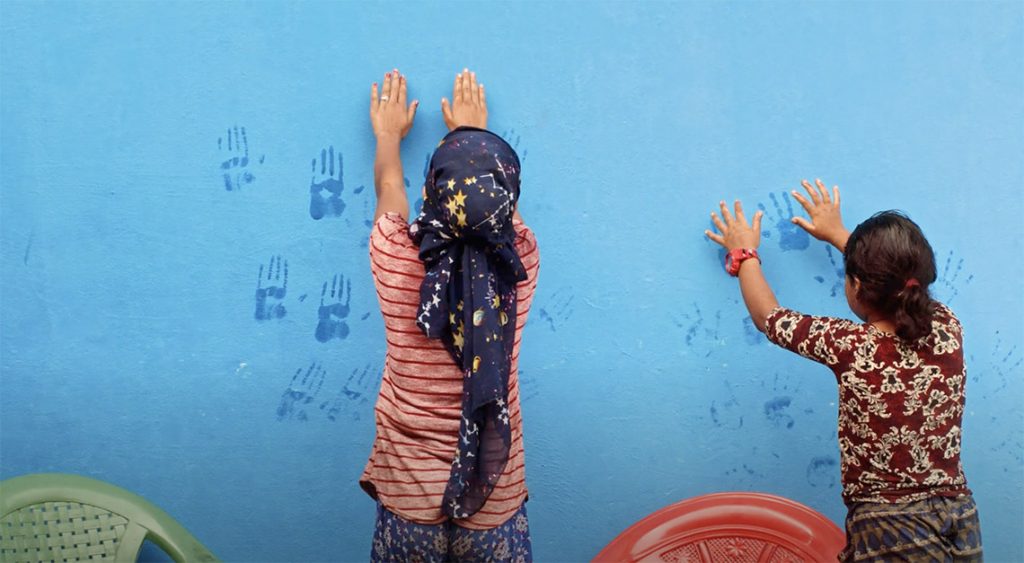 By recruiting renowned creatives such as Sassen, the initiative has given the cause much needed rejuvenation. Jarrett notes that the way charities and organisations visually communicate the multitude of world’s issues could sometimes feel somewhat desensitised and that it is imperative to find new creative ways to get the message across. «We want to be able to give our platform to their voice, not the other way around.  It is showing the real core issue, there are no words in it, it’s visceral, it stays in your memory. Finding creative ways to tell stories is integral to the work that we do», she says. This is one of the benefits of working with global brands like Armani, as it allows to challenge the existing standards by engaging creative talent.

Acqua for Life, together with WaterAid may be leading the way for major brands and organisations in addressing the world’s water crisis, but during the onset of the COVID-19 pandemic, are they doing enough? We are told to wash our hands with soap for at least 20 seconds every time we’ve been exposed to a public space, and yet 40% of the global population lives without basic hand washing facilities with soap and water available at home. A third of healthcare facilities in developing countries lack access to clean water on site and the scale of disaster could be detrimental.

Water-related issues are overlooked on the global agendas, although the right to have access to water and sanitation has been recognised as a basic human right by the UN in 2010. Every year more than 300,000 children under the age of five are dying from diarrhoea, caused by poor water and sanitation. The actual venture to get water is often dangerous and time-consuming, falling mostly on the shoulders of women and children. This prevents them from obtaining education. Water use has increased by six times in the past century and is rising by about 1% a year owing to rising populations and increasing demand.

WASH is a collective term for ‘water, sanitation and hygiene’ – each separate, but interconnected fields of work – these are the three core pillars that drive an enduring change, when targeted appropriately, playing a vital role in preventing infectious diseases outbreaks. «The history of efforts to address WASH needs has shown a range of approaches work in different circumstances, from large centralised public water agencies in rapidly growing urban and peri-urban areas, to community-scale public and private water groups, to individual household-scale water treatment and waterless sanitation options», says Dr Peter Gleick, a leading expert on global water and climate issues. He co-founded the Pacific Institute in Oakland, a non-governmental organisation which addresses global sustainability, environment and human rights.

«We have also learned that community-led processes are far more likely to be successfully sustained than solutions imposed from outside, with little understanding of local cultural, social, and political conditions». This correlates with the approach of Acqua for Life, where the majority of the efforts are aimed at allowing the communities to become self-sufficient in accessing and sustaining a clean water supply long-term. Some of the initiative’s primary activities include the installation of water points, latrines, and rainwater collection, water filtering, and water purification systems. As a result, apart from having safe drinking, cooking and washing water, the children are able to attend school more regularly and families have time to be more productive within their community.  For the upcoming project in Bilwi, Nicaragua, which will still go ahead as planned, the focus will be on minimising the impact of the virus through improving facilities, as well as empowering and up-skilling female entrepreneurs which will allow for them to deliver water, sanitation and hygiene for their households and provide business opportunities.

Dr Gleick notes, that the efforts by non-governmental organisations such as WaterAid are commendable and extremely important in filling the gap caused by the failure of governments to meet WASH goals, however, not fully efficient due to being under-funded and under-supported. He says, that «The problem has been a lack of will and commitment on the part of governments because of other social challenges and priorities, lack of leadership, and sometimes corruption. There are many solutions that work – what must be done depends on the nature of the available water resources, the priorities and interests of communities, and the application of appropriate funding mechanisms and technologies».

The positive actions of the partnership between Acqua for Life and WaterAid may seem like a drop in a bucket, when set in parallel to SDG 6 – the water-related Sustainable Development Goal. Recent data suggests that the universal access to clean water and basic sanitation can be achieved by 2030, if the current annual rate of progress is doubled. As of today, it seems an implausible prospect. According to Dr Gleick, what’s truly needed is a unification of the current NGO’s efforts (with their extensive water-expertise), with government agencies, corporate sectors and local communities in order to solve the water crisis. Partnerships with mega-brands such as Armani may also be a solution to raising global awareness, much needed to consolidate the change.
The pandemic has brought to light the ongoing failure to provide safe water and sanitation for everyone on Earth. Whilst the ultimate consequences of the pandemic remain to be seen, it is clear that access to clean water is the first step to contain and control the spread of COVID-19.

«We are working as quickly as we possibly can to reach communities with hand washing facilities to help them protect themselves. It can help save lives and it’s also one of the most cost effective public health interventions that protects from the spread of the disease», Hannah Jarrat says. Since the start of the project ten years ago, Acqua for Life has initiated water projects in countries including Bolivia, Brazil, Ghana, Haiti, India, Ivory Coast, Kenya, Mexico, Senegal and Sri Lanka. Armani has invested over 9 million euros to create and provide 413 water supply systems, which have helped over 217,000 people in 13 countries across three continents to gain access to safe water. Only collaboration with Water Aid entails 300,000 euro a year, where a 100,000 euro goes to each project.