In December 2019, Taschen published Lo—TEK: Design by Radical Indigenism. Four months later, as a third of the world population was in lockdown, the first edition sold out, and the author Julia Watson, designer, environmentalist, and a lecturer of urban design at Harvard and Columbia University, became the leading voice of a new design movement forged on the edges of a global pandemic.

Lo—TEK, not to be confused with low-tech, incorporates the acronym TEK, which stands for ‘traditional ecological knowledge’. By studying indigenous communities across mountains, forests, deserts and wetlands for twenty years while receiving academic training, Watson was able to compile the world’s first catalogue of nature-based technologies. Borne out of necessity, these indigenous innovations expand the definition of contemporary technology: they are all local, inexpensive, hand-made, sustainable, adaptable, resilient.

Based on the local knowledge of animals, plants, soils, and landscapes, these processes are engineered to sustain rather than exploit resources, fostering symbiosis between species by making biodiversity the building block, and engaging with nature in a mutually beneficial way. As a result, «they increase biodiversity, they produce food, medicines and fuel, they mitigate flood, they are resilient in terms of foreshore conditions and coastal protection, they clean water, they carbon sequester», says Watson. They all respond «to the natural qualities that we’re really interested in, in terms of ecosystem services, but they’re completely constructed by humans», she adds.

Conceived as a toolkit that architects and designers can use to create the next generation of climate resilient cities, Lo—TEK presents a new way of thinking for a society confronted with the forecast of a fragile future. It offers a framework that reroots our very relationship with nature from superior to symbiotic. Showing that indigenous peoples, seen by many through a colonial lens as primitive, are actually highly advanced, and asks us to acknowledge their ingenuity and transform the way we see innovation.

TK: How can highly populated urban areas incorporate these technologies?

JW: Some examples of how Lo—TEK challenges the ‘best practice’ narrative of the contemporary world are the indigenous aquatic responses to the impacts of climate change, such as sea level rise, storm surge and flooding. Across the globe, the ecological intelligence of aquatic civilizations continues to be overlooked. Aquatic communities like the Madan in Iraq, the Uros in Peru, the Kyoga, the Intha, or the Abenaki, have been living and adapting to the crisis we now face for thousands of years. They have evolved simple, habitable, adaptable, and biodegradable floating infrastructures. These communities are so versatile, that a single reed species is used to construct an entire buoyant, built environment that rivals contemporary, non-biodegradable floating island technologies. Islands are simultaneously a floating village, aquaculture farm, and artificial wetland, synthesized into a single, living infrastructure. Islands are secured with anchors, but also designed for mobility, with the ability to move to deeper waters. Buoyancy is achieved by amplifying multiple natural processes of decomposition, while water cleaning is performed.  These investigations are critical as floating cities designed on the grounds of high-tech, begin to flourish.

TK: The sewerage treatment in Kolkata looks like another strong case.

JW: It is. Many cities around the world contaminate their rivers and water supplies with sewerage. Kolkata, which is a city of fifteen million, has adapted its wetlands into a productive and protective waste-water treatment plant. A network of three hundred pools are fed daily by seven hundred million liters of sewage — half the city’s output — to give back clean water and produce thirteen thousand tonnes of fish each year. But the system doesn’t just produce a huge amount of fish, it also sequesters carbon, fertilizes vegetable and rice fields, and employs eighty thousand fishermen. In turn it reduces both the costs and the carbon emissions of transporting products to market. So instead of a coal and chemical fed waste-water treatment plant, the wetlands which have been formed into ponds called bheris, remove organic waste by a ‘new-renewable’ energy source. The system is powered by a symbiotic process between sunlight, algae, bacteria, and then fish. I imagine this will become the next generation of green technology borne of Lo—TEK systems, which could be implemented in a megalopolis like Los Angeles, for example.

TK: Lo—TEK dissects and details technologies from different landscapes around the world. Most of them do not have official, written instructions you could consult — the knowledge is passed down between generations through ceremony, song, storytelling, and daily practice. How did you find them and what was your method to create the book?

JW: I’ve been researching and writing for many years and the process has evolved over time. Initially the research emerged from travel and projects I was doing in my office. I’d also been teaching Ecological Technology at Columbia and I became interested in TEK, so began assigning students projects to ‘find’ undocumented technologies. By scouring scientific literature, National Geographics and travel blogs, we’d find photographs of technologies. We were then able to translate the imagery into architectural drawings, adapt the scientific text into the visuals and accompany them with annotations that correspond to the materials and ecological processes.

TK: Did they need to respond to any specific requirements in order to be included?

JW: With all the technologies, I approach them through the lens of an architect, looking for different scales from which the technology can be constructed. From the material to the module, that is combined to form a structure which is then replicated to form a system. The system is then understood as a nature-based infrastructure with the ecosystem it inhabits and its impact is understood in relation to the benefits it gives to human and non-human species that inhabit that ecosystem along with the ecosystem services it performs. Ecosystem services are all the free things that natural systems produce for us, like clean air, or water.

TK: The front and back covers of the book display intriguing images of the living root bridges in India. What is their purpose?

JW: During the monsoon in Meghalaya, India, travel between villages is cut off by floodwaters that transform the landscape from a thick canopy, into isolated forest islands. In these forests of Northern India, overlooking the plains of Bangladesh, the Khasi live in a monsoonal rain shadow with the highest levels of rain on Earth. This indigenous hill tribe has evolved an innovative bridging infrastructure, called the Jingkieng Dieng Jri Living Root Bridges, which are the only bridges able to withstand the force of the monsoonal rains.

TK: How are they built?

JW: They are grown from a single living tree that is trained along a scaffolding, from one riverbank to another where its roots are planted. They respond to monsoon rivers by becoming stronger, growing higher and rooting deeper, making them extraordinarily efficient in their load bearing ability with a truss system that continues to strengthen with age.

TK: Considering their versatility and resilience, could we adapt the technology to different uses?

JW: Implementing biodiversity as a building block, living trees coupled with innovative construction techniques can become responsive, productive, adaptable, and resilient building materials that harness the intelligence of natural growth. Similar systems could be grown to reduce urban heat island effect, increasing canopy cover along roads with roots trained into trusses that integrate with the architecture of the street.

TK: One of the most pressing subjects of our time is the ability to feed a growing global population while modern farming is being recognized as unsustainable. Cattle pasture, monoculture and the use of chemical fertilizers and pesticides are linked to the deterioration of soils, the depletion of aquifers, and the collapse of pollinator populations. Lo—TEK shows us indigenous models that not only produce food, but are regenerative and create rich, self-sufficient ecosystems. What can we learn from them?

JW: Let’s look at the Kayapo people in Brazil. Their unique, circular villages use slow, cool fires to gently clear the Amazon rainforest, rather than destroy it. It’s a living example of an alternative model for the co-existence of agriculture and forest ecology. They farm the rainforest by introducing 250 food and 650 medicinal plants. While the Kayapo live in the so-called ‘arc of deforestation’, they protect one of the largest tracts of tropical rainforest on Earth. In a globally significant ecosystem like the Amazon, their indigenous pyrotechnology, agroforestry and reforestation technologies are essential to its survival.

TK: The book is dedicated to the next seven generations. How do you see the Lo—TEK design movement evolving in the current global scenario? Can Lo—TEK and high-tech be hybridized to yield solutions?

JW: I think we can understand this concept in parallel to the COVID crisis. When COVID began there was a global standard in manufacturing facial protection, the N95. When the virus began to spread and became a global crisis, suddenly there were shortages — the demand was too great, the prices too high — the market couldn’t adapt. Individuals began to innovate, as we’ve been doing for thousands of years when faced with a crisis. The type of mask you’ve been wearing has depended on many factors, such as what you can afford, what materials are lying around, whether you have a sewing machine or prefer to hand stitch. Similarly, people have been innovating for thousands of years before the advent of the industrial revolution, before high-tech and evolving nature-based technologies that respond to environmental crises. These thousands of unique technologies that are filled with knowledge that’s been evolved over generations. These are the technologies that need our attention right now. 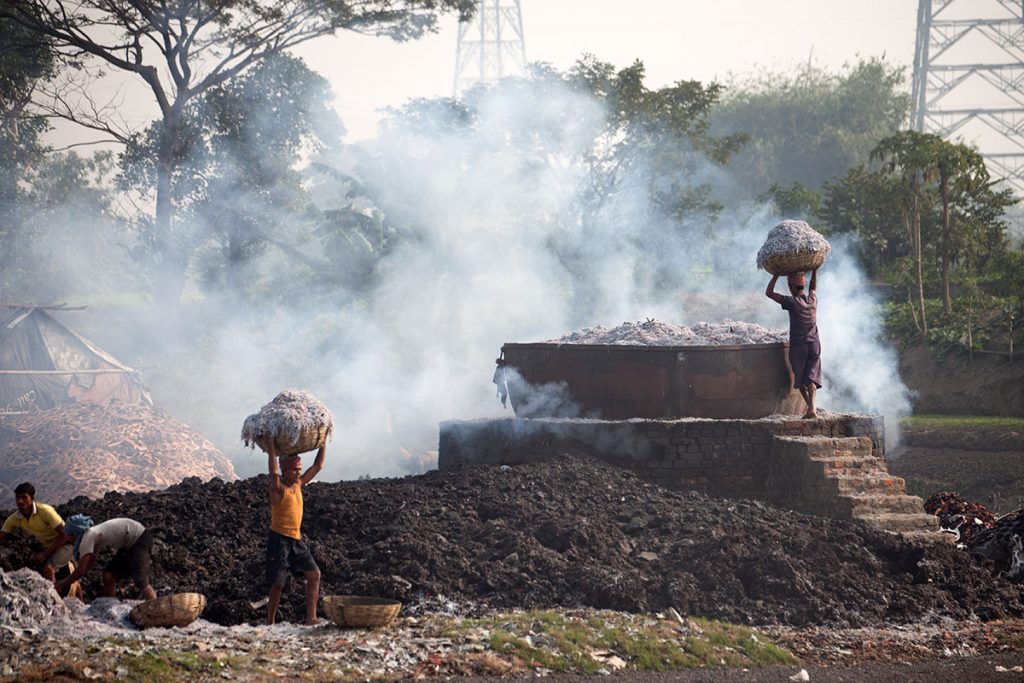 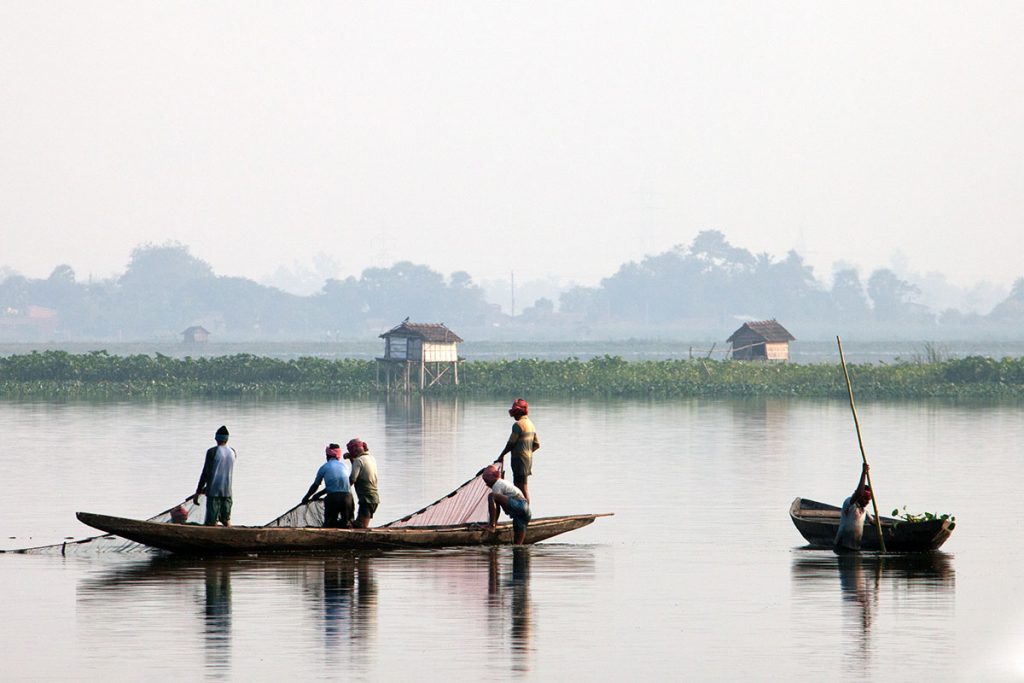 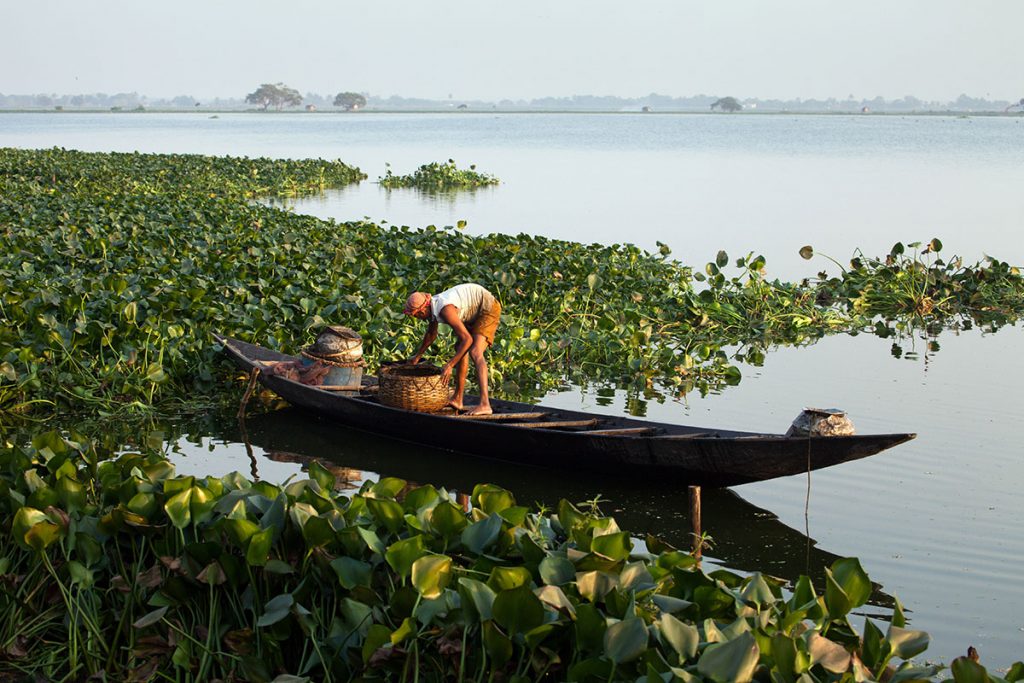 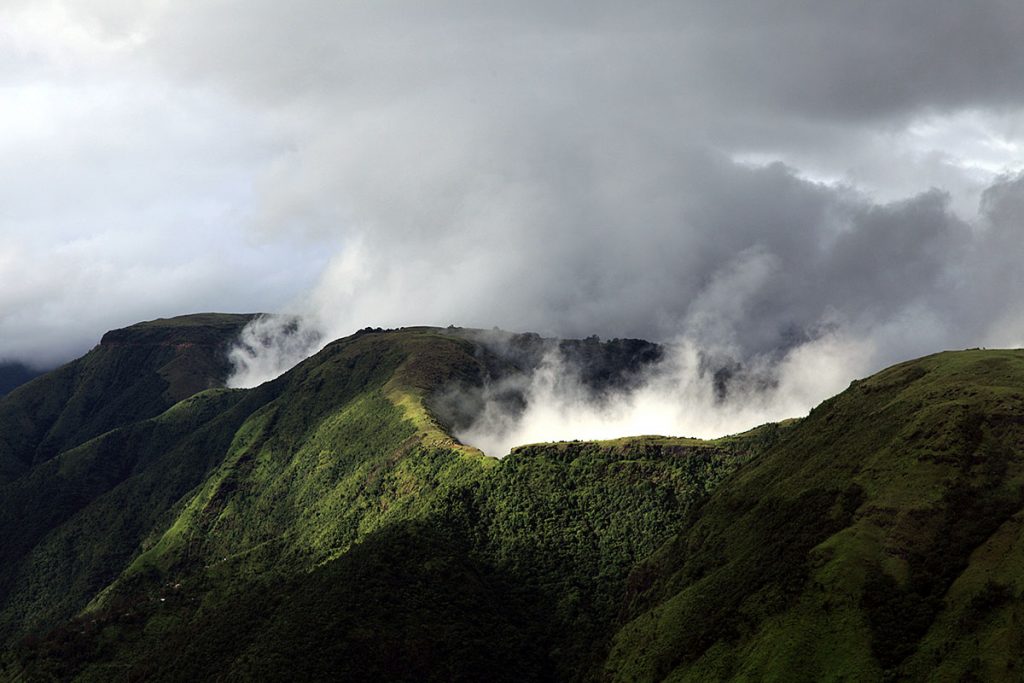 TK: The book begins by saying we must change our relationship with nature and revisit what we define as progress.

JW: As a global society, we seem fascinated with the future. In this state of dependence, we search for high-tech solutions to solve the crisis of climate change. We cannot look for solutions using the same thinking that created the problem in the first place. Climate change has shown us that our survival is not dependent upon maintaining a position of superiority over nature, but relies on an interdependence with living systems. All of life, whether human or non-human is based upon symbiosis — and shifting our thinking from ‘survival of the fittest’ to ‘survival of the symbiotic’ is a critical first step.

TK: Is this where the introduction of a new mythology of technology comes to play?

JW: Yes. As we seemingly drown in this Age of information, we are starving for wisdom. I feel we are at a crossroad, where we can either continue a narrow view of technology informed by our distance from Nature, or we can acknowledge that there are other ways for humans to live. Lo—TEK is inspired by an ancient mythology — that humankind can and must live symbiotically with nature. It is how humans have been dealing with the crisis we now face for millennia, by harnessing the energy and intelligence of complex ecosystems. Imagine what we might discover by looking to the many hundreds of communities who’ve been dealing with extreme conditions by scaling sustainable, nature-based, symbiotic systems? The solutions we now need might be right in front of us, we have just been ignoring them.