The history of the Donum Estate can be traced back to a woman named Anne Moller-Racke. In 1981, along with her daughter, she reached California, all the way from Germany, to assist in the management of Buena Vista Winery, in the Sonoma Valley. Not long after that, during the early Nineties, she was appointed as the winery’s Vice President. It was her that planted the estate’s original vines in 1997. In 2001, the Moller-Racke family sold Buena Vista but chose to keep the Carneros vineyards, renaming the property: The Donum Estate. This would become Anne’s project and her life’s work. Even when the Moller-Racke family sold the estate once again ten years later, Anne remained as President and winegrower, devoting herself to the quality and integrity of the land.

Allan Warburg, who has been the main owner of the estate since 2010, was born in Denmark and traveled to Asia with his parents, who helped him appreciate the allure of different cultures at a young age. During his studies at Copenhagen University, he managed to learn Chinese and, later, enrolled at Yunnan University. He started a career in the trading industry and settled in China, where he met his wife Mei. At the time, he was a wine lover who enjoyed the Donum brand and a novice art collector. His entrepreneurship kicked in when a wine trader he knew well gave him the news that the Donum Estate in California was up for sale. In 2011 the Donum winery started a new chapter under Allan Warburg’s ownership.

Both Allan and Mei Warburg, the current owners, worked with Anne Moller-Racke alongside a vineyard team, to determine and study the best means for developing the land. It was vital for the couple that they commemorate the land roots, taking into consideration the rural nature of this once dairy farm. With the help of Matt Hollis Architects, they were able to convey their plan. The Donum Estate would soon house not only vineyards and hospitality centers but also art. It would be a home for high-profile artistic sculptures that have been incorporated into the extensive woodland belonging to the estate: a range of contemporary work by both renowned and rising artists from all over the world that include Ai Weiwei’s Chinese Zodiac inspired series, Keith Haring’s rust-colored King and Queen, Mark Manders’s Composition with Long Verticals, Pink Ladies by Lynda Benglis, Louise Bourgeois’s Crouching Spider and many more.

Allan and Mei Warburg began collecting large-scale sculptures in 2015, promoting their then two-hundred-acre estate as a green gallery for visitors. Known as the Sculpture Park, this open-air museum hosts one of the biggest collections with almost forty world-class art pieces belonging to artists from eighteen different nations: from Colombia to Egypt to Japan, coming together in a vineyard. The harmony formed between the designed architecture of the constructed buildings, the vineyards, and the sculptures is the true essence of the project. The collection at The Donum Estate creates an open-air encounter with the art of diverse international scope and ambition, yet one that fits into the landscape with the backdrop of the Californian mountains and facing San Francisco Bay.

The Warburgs’ vision is to create a new way of perceiving the landscape. More elements can play a part in creating a memorable place by maintaining a sense of intimacy between landscape and art. The collection that they have set in the Estate is considered personal to them, representing what they both believe better fits the landscape and the feelings of The Donum Estate. They tried to make the collection as diverse as possible, embracing the different cultures and backgrounds of their artists. It is a new era where the philosophy of creating a combination of landscape characteristics, land integrity, and the symbiosis of nature with its existing landscape is of need.

In a recent interview, when Allan Warburg was asked what was the reason behind incorporating art into the estate, he said that «it felt like a merging of passions: it started with getting to know the artists, which naturally led to owning their works and building a collection. We started to build relationships and our collection started to take shape. Before commissioning anything, we spend time together at Donum, drinking the wine and walking the land and then we arrive at an idea with a location in mind for an artwork. When you bring each of these elements together something happens – not always does one plus one equals two».

He goes on saying: «The works are placed in the landscape to complement and enrich the experience and the estate. We don’t want to be seen as just a sculpture park within a wine estate, it’s more about putting great things together and watching them grow and interweave with one another».

The Warburgs have also planted the grounds with lavender bushes, beehives, an orchard of more than one hundred plum trees, eucalyptus groves, and more than one-hundred-year-old olive trees. As well as having an organic kitchen garden built that supplies produce to the restaurants surrounding the estate. The Warburg couple were adamant on creating the feeling of a living farm, with all the chickens, sheep, and donkeys present on the land and with more than two hundred species of migratory birds flying through the estate every year.

The hospitality building resides in the site of the former farmhouse taking advantage of the views of rolling vineyard hills next to the Sonoma wetlands and was designed to reflect an architectural lexicon that is fresh: simple peaked roof bound by flat-roofed sections on both sides. The all-white structure of the building was designed to create a pattern using vernacular materials. Increasing and decreasing the spacing between the battens exemplifies the story of the site contours. Its color choice provides an appropriate backdrop for the surrounding sculptures.

The interior of the hospitality building also complements its exterior design, encompassed with white walls in order to invite more light and space for the visitor with wide plank white oak floors. There is a grand central room that is surrounded by a couple of tasting rooms with glass doors that slide back and forth separating the indoors from the outdoors. In the grand central room, a series of five large skylights line the north vault of the gable, and a curve set on the other side conveying a sense of drama to space and making it the ideal place for housing a painting by the Chinese artist Liu Xiaodong along the back wall.

The vineyard today is home to ninety-one planted acres with the main principle of working proactively with nature and to be able to forge an environment where vines are given the means to blossom and develop with as little farming intrusions as possible. Where landscape was once perceived as the back setting or scenery of built forms, the estate dispels this notion by making the landscape and its vineyards its main protagonist with the help of the latest technology and the ever-changing influence of modern art and contemporary design; a landscape that is shaped by vineyards, rolling landforms, native plants, biodiversity, and green corridors.

The façades of the buildings are designed in a manner that deliberately diverts the attention to the surrounding vineyards and landscape, where the story originally began decades ago. Considering wine originated from the grapes grown on the land, the vineyards are acclaimed through framed vignettes and backdrops to world-class art. Donum, a name derived from the Latin word meaning gift, has art, nature, wine, and food converging together and complementing each other. For Anne Moller-Racke and the Warburgs, The Donum Estate has been a gift given to them by the land. 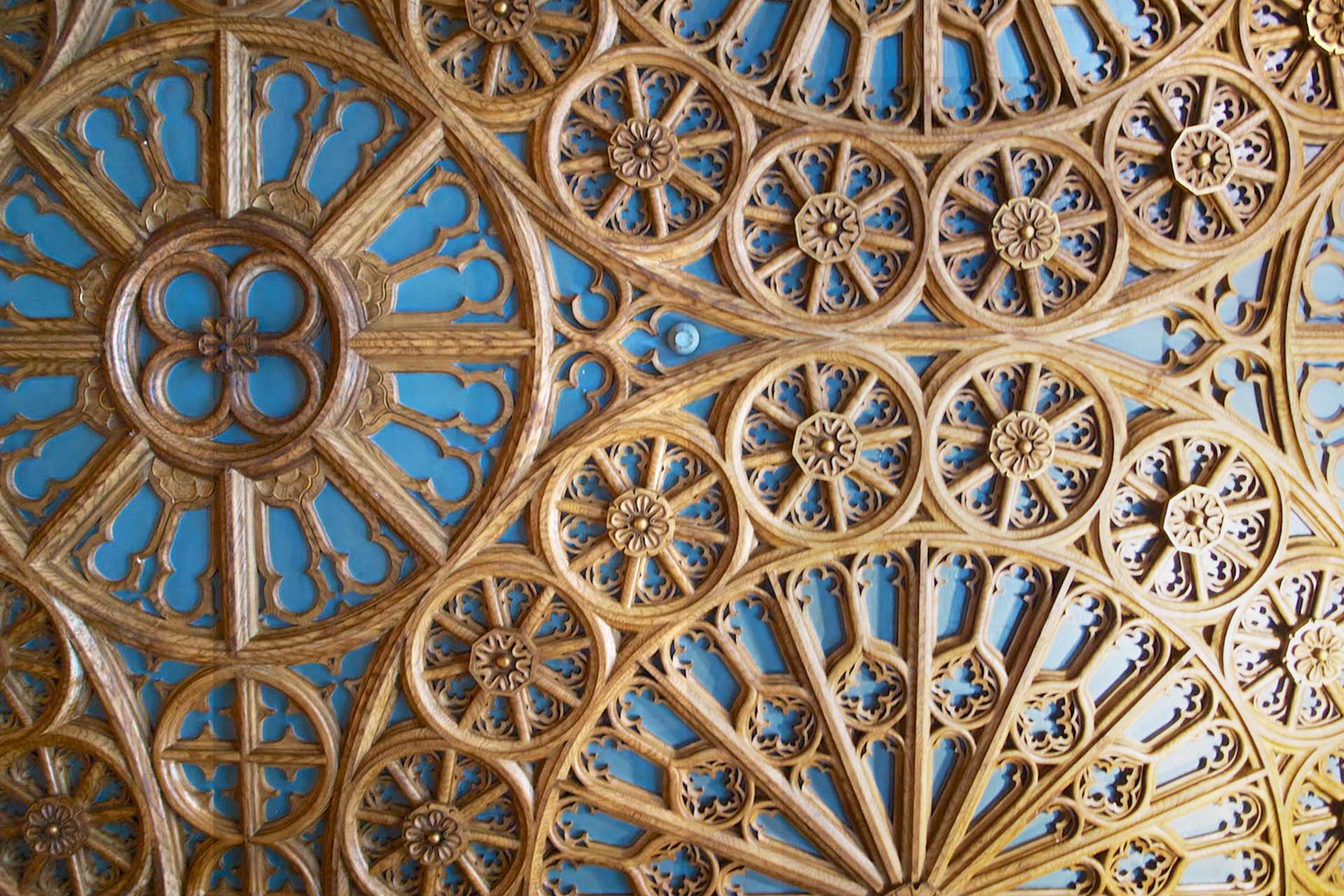