Bio-facturing in antithesis to manufacturing: each item is grown in situ, harvested in situ, and finished in situ without the damage and waste that often accompanies mass furniture production. In conversation with Gavin Munro, founder of Full-Grown

The number of city-trapped workers buying plants in an attempt to keep a hold on nature has been on an upwards trajectory. Rather than explaining this away as millennials wanting a touch of green in their lives, there could be a more nuanced reason. The biophilia hypothesis is one that sees humans as having an innate desire to actively seek out the natural world to create connections with it. This urge to connect with other forms of life can be neglected in this fast-paced environment, yet the human body still yearns to be brought back to nature. Gavin Munro, Managing Director of Full Grown is working with this innate need for connection and, through his grown furniture, has brought the natural world into the home.

Gavin and the team at Full Grown are pioneers in their field, with Gavin’s background being in «furniture making and gardening (not trained) which has been helpful». They began production in 2006 after Gavin had his «lightbulb moment when I was making driftwood furniture in California». He thought that «it seemed strange sticking these bits of wood back together when, surely you could just grow the shapes that you want». It was from that moment that he worked towards ‘biofacturing’ (in antithesis to manufacturing) to solve the multi-step and inefficient process of furniture production. «At each stage of this process, the wood is moved from forest to saw-mill to timber yard, to the factory or workshop, using even more energy». Efficiency and sustainability have been incorporated at every step of a Full Grown furniture piece’s life-cycle. Each item is grown in situ, harvested in situ, and finished in situ without the damage and waste that often accompanies mass furniture production. Gavin’s extensive research has ensured that the right trees are used for optimum yield, and there is no need to use synthetic glues, rather the tree creates its own joins. This not only helps to remove chemicals from the environment but, in theory, grown furniture should last much longer than as there are no bonds/joints that can be broken.

Developing Full Grown and following through with its creation took many years as «some of the things were slower than we’d thought». Gavin Munro’s main skill for this production process was his patience and adaptability as they «didn’t let (their delays) get us down». When working with the natural world you have to be prepared for everything to go wrong and be able to pick up the pieces. And, throughout his journey this happened on numerous occasions. For example, during their second year of production, their small ‘furniture farm’ was trampled by cows after an extensive few months of terrace planting.  Yet instead of getting disheartened, Gavin and Alice (his partner) picked themselves up, brushed themselves down and started again in his mother-in-law’s garden. In the beginning, their success rates were extremely low; with the rate of saplings becoming trees being only 1 in 50 which led them to re-envisage their production process. They instead focussed on coppicing rather than attempting to grow from saplings. In 2011 they began coppicing and started a larger scale production, «inverting the tree’s growth to create the chair shape. Traditionally this shouldn’t have worked, but, even though I’m not able to fully explain (or understand) it, it just did».

Full Grown’s work is particularly unique due to the innovative way that they have harnessed the trees’ natural propensity for growth; they learnt that you could not force a tree into growing in a certain way, and have had to work alongside its natural growth patterns. Coppicing, instead of growing from saplings allows the tree itself to take the lead, self-selecting its strongest branches. «When you coppice willow, shoots pop out; it’s about harnessing this – matching the growth style of the trees to what you’re actually making». The tree itself can dictate how it wants to grow, and the type of shape that it wants to take. Gavin explained that, on more than one occasion, the tree would determine which ‘furniture shape’ it would take. He found that allowing this organic growth encouraged a more stable product to grow.

Whilst it seems that the entire process is long-winded, the Full Grown team are not twiddling their thumbs. «What is amazing is being able to see the full cycles. We can follow growth from the earliest signs so we never feel like we should rush anything; we can see and appreciate that all of this takes time». There is always something to do; «in the field there’s approx. 500 pieces that we’re working on at various stages which means that there’s 50,000 branches that we want in production. There are then 500,000 branches that are trying to grow that we don’t want. There are so many things to do; so many branches to look after and navigate; to tame». «This tempers the whole thing; nature is humbling» and natural growth has always dictated the steps that they have taken.

The care and attentiveness that has gone into Full Grown’s furniture production emulates that of an art form. Gavin explains that his inspiration has come from the vertical forest Bosco Verticale in Milan, where architects have brought biodiversity into the city; connecting those that live in the high-rise with the environment around them. Gavin sees this as «rewilding in the most stylish way possible» and takes a similar approach with his chairs. He believes that «seeing something in the flesh is extremely important in order to create a sense of connection (to nature). The experience is the most important thing; you can realise that, by sitting in a chair that has taken 10 years to grow, that there were birds nestling within the branches. It truly is part of the natural world». It is through experiencing nature that you can begin to see the changes that are taking place both within, and outside of, cities. Yet experiencing something as an art form can often be seen as exclusive; for the privileged few.

Whilst they have been in development for more than 10 years, they are still in their early days of production; with each item of furniture taking 5-10 years to grow, Full Grown have to rely on media interest and investment. Yet sales are happening, almost organically «We sell pre-orders which is almost like a dinner party story; it’s creating an expectation and excitement». This puts their product at a high, mostly inaccessible price point as they are trying to support the costs induced with their 15-year production. This means that a chair is unlikely to become pride of place in everyone’s household. However, when asked his thoughts on this exclusivity, Gavin’s response made sense; «We’re trying to change the people that do change people. Through our media presence and support by influential people we are putting ourselves in the eyes of the masses».

Making sure that they are in the public eye plays into their long-term goal of setting in motion a reimagining of furniture production; «In a few decades’ time it’d be amazing for every town to have its own furniture orchard». Gavin has expectations that this form of production will become widely used and sees nature’s benefits being utilised «when you’d want a hug from nature». He sees uses extending to hospitals where antibacterial sycamore furniture could be incorporated to aid patient rehabilitation. «But it’s a process and will take time and money to get to that position, and it needs to be seen as a good business model so that other people can take this on».

Whilst we exist in a fast-paced materialistic world where it is no longer practical to «hide in the woods all week», the team at Full Grown have illustrated that we can still bring nature back into our lives, focussing on reimagining furniture production so «that we can still enjoy the lives we’re leading». The next step for Gavin will be to understand ways to scale production and educate others on biofacturing so that their products can be accessible to all.

A beekeeper friend gives an interpretation of the female role. A short story of bees and cooperation, pizza dough, and healing by Sarai Mari 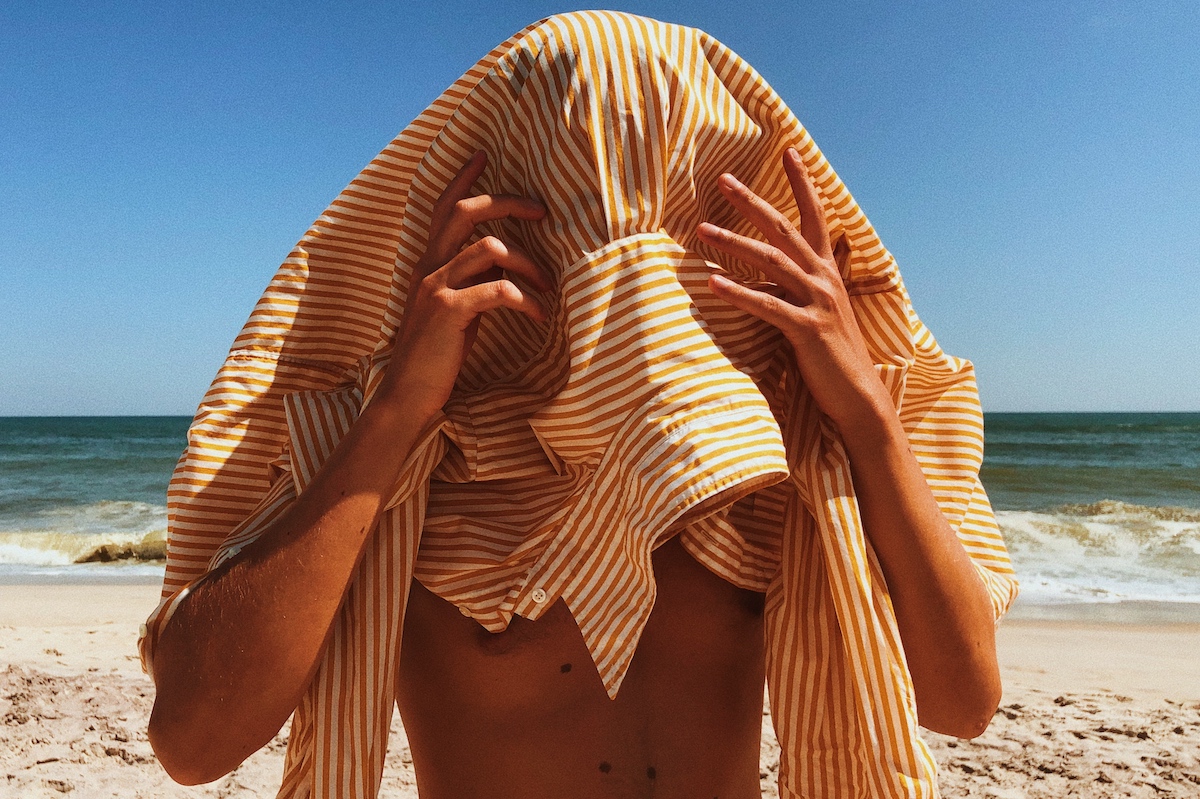 Our studio apartment as a seaside cafe – Peter Spark

Nine steps to learn how to dance the cha-cha, the taste of salt, lemon drops in the hair. We can still hear the Sounds of a distant summer 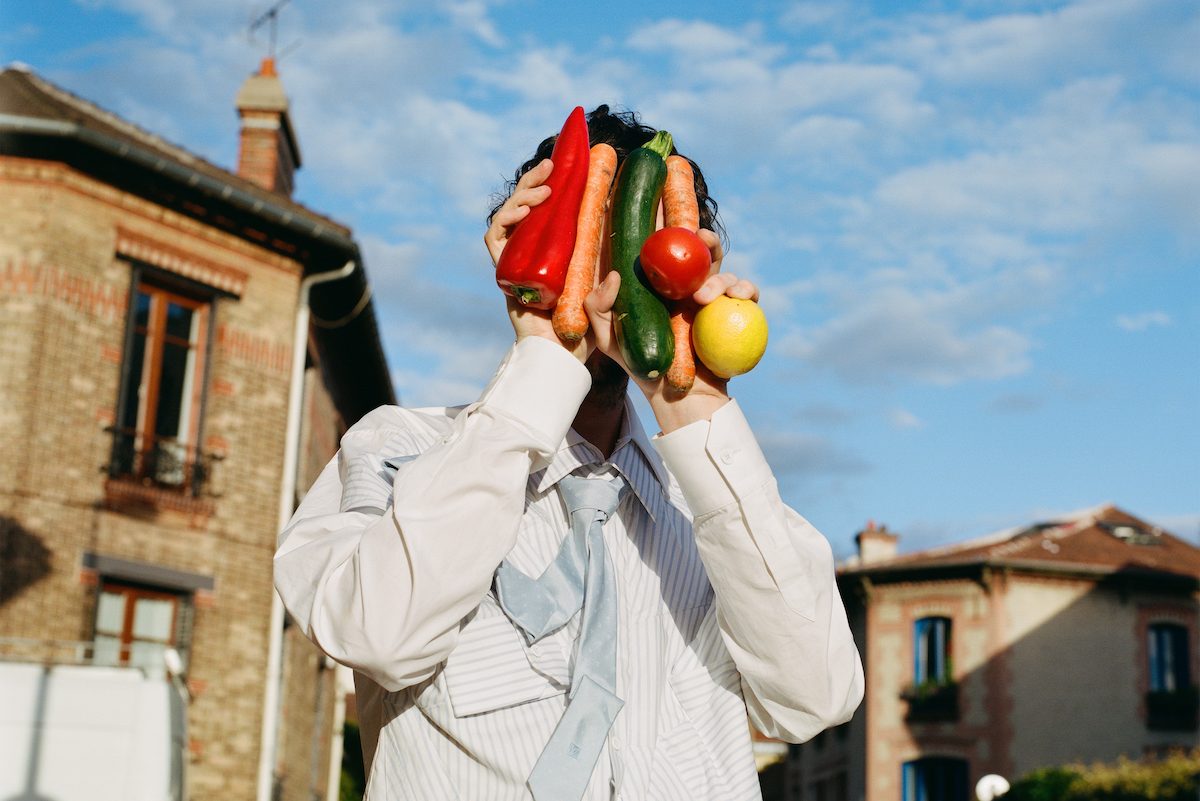 To photograph someone I love. It is another link, it is a relationship without sounds, without conversations, without time, without routine