The word Egoïste is sung by a choir of female voices. The notes of Dance of The Knights, by the Russian composer Sergei Prokofiev from Romeo and Juliet, are heard in the background. Thirty-six women in evening dress shout some sentences from the balconies of a hotel, which resembles the Liberty-style InterContinental Carlton Cannes.

On four floors, nine on each, they open the shutters and recite adapted verses by Pierre Corneille Le Cid: Égoïste. Où es-tu? Montre-toi misérable! Prends garde à mon courroux! Je serai implacable! Ô rage! Ô désespoir! Ô mon amour trahi! N’ai-je donc tant vécu que pour cette infamie? Montre toi, Égoïste. From a half-open door in the middle, a man’s arm, the object of the women’s rage, is glimpsed while placing a bottle of perfume on the sill. It was 1990 and the black-and-white ad was shot by Jean-Paul Goude in the desert around Rio de Janeiro for the new Chanel Egoïste. This ad, winner of the Golden Lion at Cannes International Advertising Festival marks the beginning of his thirty-year partnership with Chanel.

They met on July 14, 1989, when Goude directed the Champs Élysée parade for the bicentenary of the French Revolution. Canada was represented by an ice-skating bear. The United States was represented by teens who engage in moonwalking, Soviet guards walked on artificial snow and there were pipes players under fake rain. The following day the artistic director of Chanel Parfums Beauté and Horlogerie Joaillerie division, Jacques Helleu, impressed by Goude’s work, contacted him and proposed the project, which led to the creation of the Egoïste ad.

In 1991, Jean-Paul Goude again directed the campaign for Coco Chanel, the fragrance created by Jacques Polge in 1984. The protagonist is the nineteen-year-old Vanessa Paradis. In the short film L’Esprit de Chanel, the model is dressed in a black bodice, fishnets stockings, and feathers and she is on a swing in a golden cage. In the shoes of Madame Chanel’s canary, she whistles Tem Koelher’s jazz motif composed by Harold Arlen, Temps orageux (Il n’arrête pas de pleuvoir tout le temps) at a Ritz Paris suite in Place Vendôme.

A Persian cat observes the scene, while the stylist contemplates the storm on the square dominated by the Vendôme columns, monument ordered by Napoleon to commemorate the Austerlitz battle. Goude is inspired by Coco’s pets, associated with Tweety and Sylvester. A fifteen-meter-high cage is built in the naval air station 107 Villacoublay where Vanessa Paradis hovers, after some flying trapeze lessons in Annie Fratellini circus school.

A story of a partnership

These works are replicated in In Goude We Trust!, the exhibition by Jean-Paul Goude himself to celebrate a partnership with Chanel that has been ongoing since the nineties. Divided into three sections, the exhibition held in Palazzo Giureconsulti, a fifteenth-century Mannerist building in Piazza Mercanti in Milan, narrating the story of the partnership with Chanel and including some of his iconic works, on view from November 15 until December 31, 2019.

In the last part of the exhibition, So Far So Goude is presented, a movie on his personal history and on the suggestions which inspired him. He grew up in France — he was born in 1940, the son of an American dancer and an elevator repairman. He lived in the Paris banlieue Saint-Mandé. His experience as artistic director for the magazine Esquire in New-York, from 1968 to 1975, is described. Among his surrealist-like illustrations for the men’s magazine, founded in Chicago in 1933, emerges an oil painting picture on a photograph of the Chinese revolutionary Mao Zedong with a rubber duck.

The feature film describes his relationship with a Jamaican singer, model, and actress, Grace Jones, his muse and lover, mother of his baby, Paulo. They met in the seventies in the New York disco scene and he became her image consultant. Then, he realized the choreographies for her live performances, he directed her music videos and drew her album covers. Goude used to post-produce the images shot, in order to immortalize her in unlikely poses, like the one in 1985 cover of Island Life.

Grace appears in an arabesque impossible to reproduce, fruit of the mounting of separate images – his idea is to create illusions through the cut-and-paint technique. The photograph has been imitated and reinterpreted several times by other artists. Amber Rose emulated the pose in a 2010 photoshoot, Nicki Minaj re-proposed it in the 2011 Stupid Hoe video and Kylie Minogue too drew inspiration from it for the cover of her 2001 album Fever.

In the central section, Jean-Paul Goude’s most emblematic works are exposed, drawn from the different field expressions explored: movies, images, drawings, Ektachrome photographic films and light sculptures exposed in the Centre Pompidou in Paris in 2017. An original work is shown for the first time: Notre Dame de St Mandé and the little people.

In front of Jean-Paul Goude’s camera

The two ads for Egoïste and Coco can be found in the first part, devoted to Goude and the partnership with Chanel. A holographic installation is on view, Le génie de Coco Chanel, where the couturier flies inside a bottle of Chanel N°5. Fire Installation is a performance interpreted alive by some dancers, extract from a 2001 show The Five Elements, ideated to promote the Chanel Haute Joaillerie collection. Finally, the Chance saga culminated in 2019 with the video The Dance Audition, finds space.

In 2002, the new fragrance was original for the shape of its bottle. Until then, the perfumes were in square bottles, whereas the Chance line (Chance Eau de Toilette, Chance Parfum and Chance Eau de Parfum, Chance Eau Fraiche, Chance Eau Tendre and Chance Eau Vive) were circular and differently coloured. For the launch of Chance Eau Tendre Eau de Parfum, a promotional film, portraying a dance audition, was realized. In collaboration with the American choreographer Ryan Heffington (winner of a MTV Music Award in 2014 and a UK Music Video Award in 2015 for the best choreography of the Chandelier and Elastic Heart videos by Sia), Goude shot a dancing comedy where a group of dancers recall the allegorical and visual world of Chanel.

The project includes a dance course as well: Chanel Chance Audition for all dance lovers, professional or not. The audition was open to five hundred participants at the venue of the exhibition in November and aimed to reproduce the world presented in Goude’s films. The Californian director and the choreographer are among the members of the jury and the four winners of the audition will live an experience in Paris, where they can pose in front of Jean-Paul Goude’s camera. Following a period of renewal and improvement of its structure and offer, Palazzo Galliera opens to the public again with a personale focused on the female fashion icon

Tweed. Just as it meets every desire in fashion, tweed also lends itself to every innovation. The French luxury house Chanel incorporates the fabric into its Fall 2020 eyewear collection 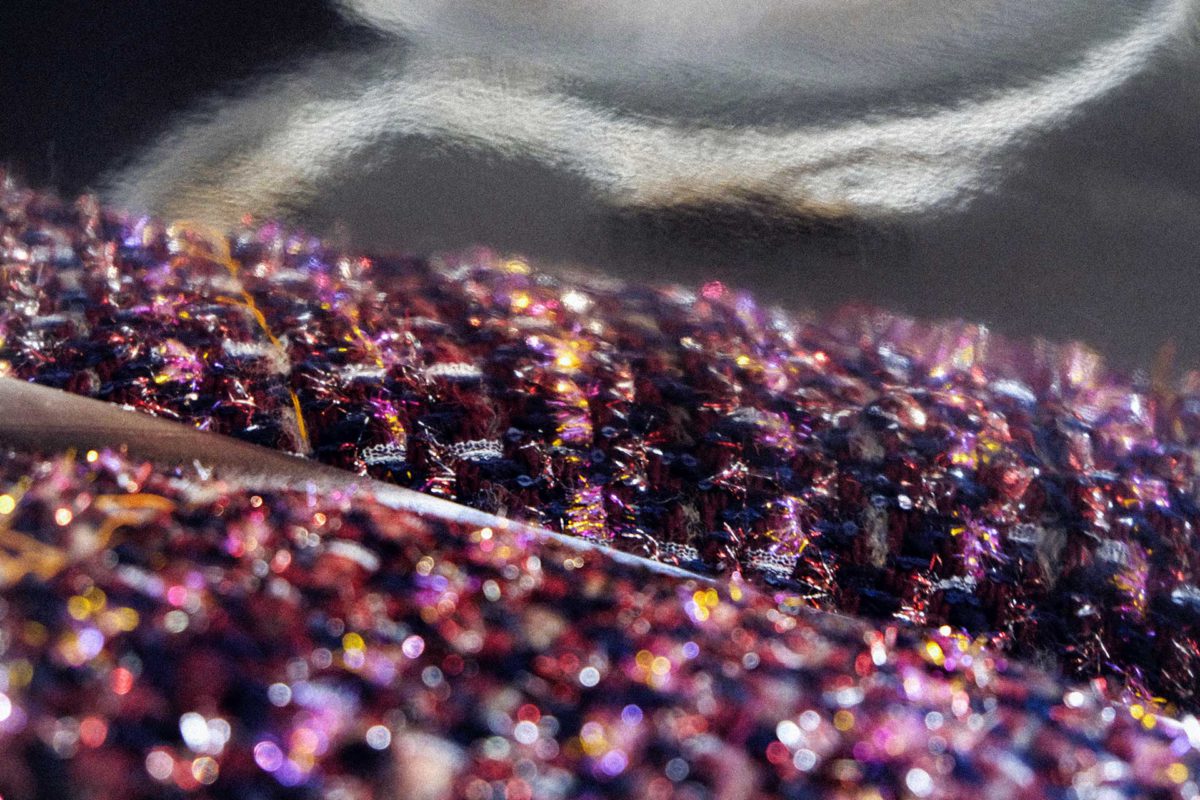 Chanel plays on opposites, with layered taffeta and velvet