A dialogue between scent and ingredient, inspiration and outcome

Loewe launches a plant-based home scent selection. «There is an intimacy and coziness, but also a celebration of the natural world, to these candles that I find both timely and timeless»

When Jonathan Anderson commenced the position of the Creative Director at Loewe in 2013, one expected him to roll up the House’s sleeves, merging history with his handwriting.

The Spanish House Loewe was established in 1846 and spearheads the fashion industry as the oldest running Luxury House today. Specialized in leather, clothing, and goods, the House is «defined by [the] focus on craft and expertise with leather, dating back to its beginnings as a leathermaking collective. These core values are reflected in the brand’s belief in the importance of craft in the modern age, featuring art in collections and stores. Its commitment to supporting contemporary culture around the world», states LVMH.

When Anderson was reigned the Creative Director of the LVMH winged House Loewe, the designer had already created a stir with his label, JW Anderson, garnering the fashion folk’s attention through the designs’ playfulness and versatility. The time allowed him to infuse naivety and unconventionality to the Loewe aesthetic, which had been – up to that point – desired for its craftsmanship and worn as a symbol of class.

Anderson dressed the streetwear scene, considering the foundation values of the House. His work with the abstract yet commercial smoothed the path to a successful renovation. Apart from the garments, the designer introduced a selection of home goods to the Loewe adherents, transmitting a sense of accessibility, appealing human senses, and assuaging the desire for atmospheric satisfaction. «A sense of domesticity informs my vision for Loewe: the idea of the curated ambiance, in which to move and feel at ease», Anderson explains.

The launch of the selection of a scent follows his trail and passion for gardens, plants, and smells.  The home fragrances and potted candles are based on the raw essences of a vegetable garden. «The mix is both scientific and sentimental». For the fragrances, he worked with the Loewe in-house perfumier Nuria Cruelles, expressing plant essences in standalone scents within candles, wax candle holders, home fragrances, and rattan diffusers. The smells span from honeysuckle, beetroot, juniper berry, tomato leaves, coriander, licorice, the scent of marihuana over luscious pea, oregano or cypress balls to ivy.

The art of ceramics is incorporated in the collection. The candle pot is inspired by a 5th century BC Greek terracotta mug, finding modernity in the objects’ purity. «Craft knows no historic borders for me». Candles are made with the wax derived from natural ingredients and embossed with the Loewe monogram and the message ‘Made in Spain’. The packaging features a range of Kazuma Ogawa inspired organic inspirations, captured by photographer Erwan Frontin. The photograph of each plant appears on a colored background, «creating a dialogue between scent and ingredient, inspiration and outcome that seamlessly closes the creative circle». 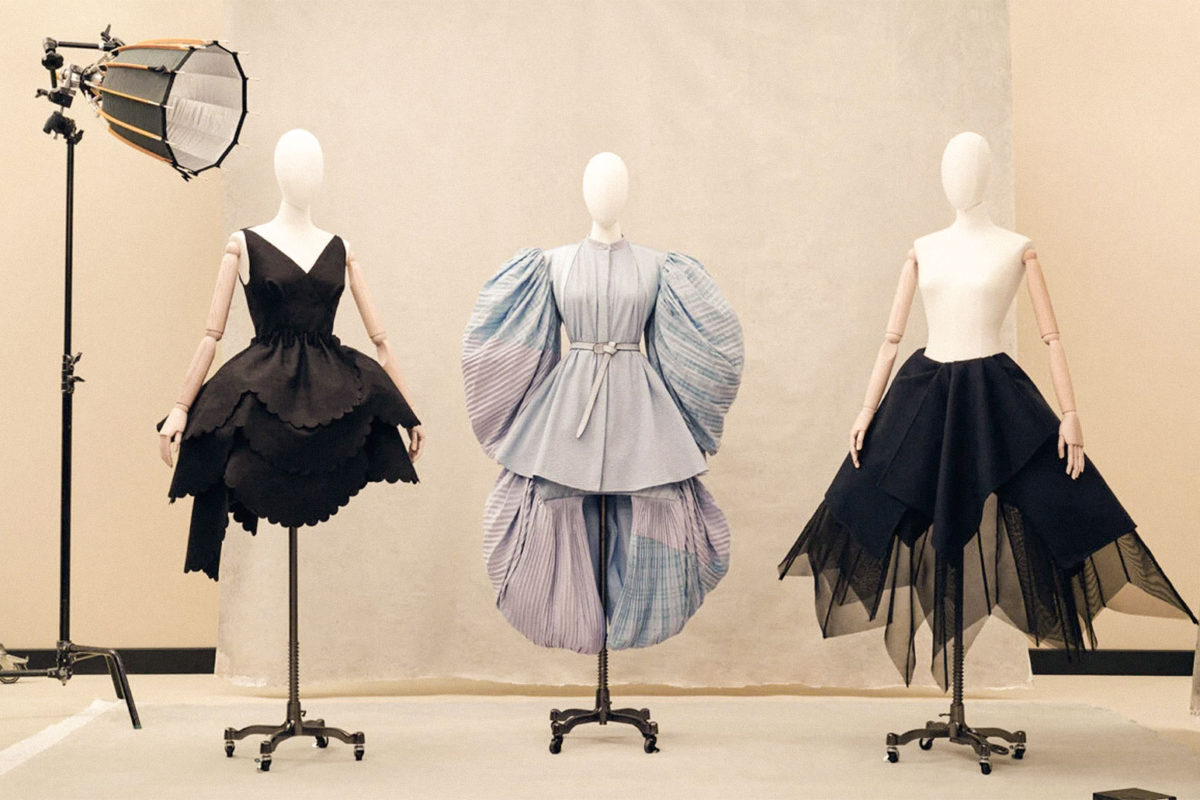 Directed by Jonathan Anderson, the ‘Show-on-the-Wall’, stems from a desire to discover formats of communication that respond to the times we are living in

J.W. Anderson thinks out of the box and unveils Loewe’s show-in-a-box concept to present the Men’s Spring / Summer 2021 collection – favoring the involvement of the spectator