With the main characters dressed in toy costumes and the background being the playground, Rueberg sets a story around the challenges that parents and children faced during the lockdown that made them rethink family relationships. «There were all these articles online on how to deal with your children during lockdown but not much about how the children should deal with their parents». The pandemic brought discussions on the issue of domestic abuse and how parents cope with their children in a locked-up house.

Media outlets mention the abuse towards parents that comes from children who acquire psychological influences due to indoor life. According to the World Health Organization, children stumble upon worry, anxiety, and fear when forced to change their environment and get accustomed to indoor activities drastically. In other cases, the issues touch upon mere interpersonal miscommunication between family members. As the topic appears serious, there are cases when the matter can be perceived from another perspective, from the ‘humorous’ lens. So did Rueberg, while creating a setting that reminds the viewer of a playful atmosphere with a fantasy twist. He was intrigued by public spaces with a high frequency of passers-by that would abruptly turn deserted due to pandemic, and the question would arise for Rueberg: «What would they all be up to when we don’t look?»

His current career position was rather an unconscious decision. Being, above all, a video director, he first tried his hand in photography when by picking up his grandfather’s old photo camera that he later lost in a swingers club. Throughout his career, Marlon Rueberg found it appealing to direct with other artists and be the executive part of the creative team. «I approach photos similarly to my film projects» says, «somehow I need to have a storyline even if it is just for myself.» It explains why he rarely uses blank studio spaces, and an example of this is the playground and outdoor setting for Lampoon’s photoshoot. There is no precise source of inspiration when it comes to directing a project; he can be both affected by Fabienne’s calligraphic works as well as by the Wendy Williams show. With this well of information, Marlon describes his style as random that comes from the imagery powered by people, things, and places that impress him. With a multifaceted portfolio that includes collaborations with Casadei, Gucci, Viviene Westwood, and Alexander McQueen, Marlon works in different mediums with moving images, print, and online. And while his future vision of «editing videos freehanded like Tom Cruise in Minority Report» has not yet taken place, he fills in the list of collaborations, in the meantime, managing his blog.

Being an industry that is open to visual content and creative imagery, another fashion’s strongest point is the people behind the industry. As Rueberg states, things should be done to help the industry become more sustainable, becoming «ethically aware starting from their design-teams up until their factory staff». Even though casting is becoming diverse, «I doubt that the fashion industry can be held accountable for their environmental and social impact without employees and freelancers forming a union. Just wait for the Chinese New Year. It’s the year of the cow this time. All the brands will start pushing leather-made accessories aiming to sell their products to Chinese customers. Most of these products are made of cow leather polluting the planet. I am not holding my breath for anyone taking a stance and celebrating the year of the cow by not killing it. My personal impact, not sure if that will be in fashion.».

«Understanding that sustainability is not only connected to living environmentally conscious. COVID-19, the environmental crisis we are in, global racial and economic injustice are all part of the same matter. There isn’t a shared understanding of how we should treat other human beings, reflects on how we treat the environment, which leads to pandemics or natural catastrophes and will continue to impact sustainability. Mentioning all of this doesn’t mean that I live my life entirely by these standards. It seems that no-one knows how to tackle it fully, or we do know, but we also know we would actively have to give up a lot. My work is very reliant on collaboration. From my background as a creative director, I am used to including others’ ideas or being part of someone else’s idea. An entire crew realizes most of my projects. I wouldn’t have had Gucci train tickets, and jello poured in rose-quartz without my set designer Michela Alquati».

German-born creative director Marlon Rueberg travels between Milan and Hong Kong, carrying through collaborations with well-established brands in the fashion industry. He moved to London to pursue a degree in Art Direction & Promotion at Middlesex University and had managed to fill up the list of the countries where he lived with Vietnam and New York.

How to keep your parents educated and entertained during lockdown

Art and reportage to depict a family daily life during the pandemic through children’s prism. «What would they all be up to when we don’t look?». Photographer: Marlon Rueberg 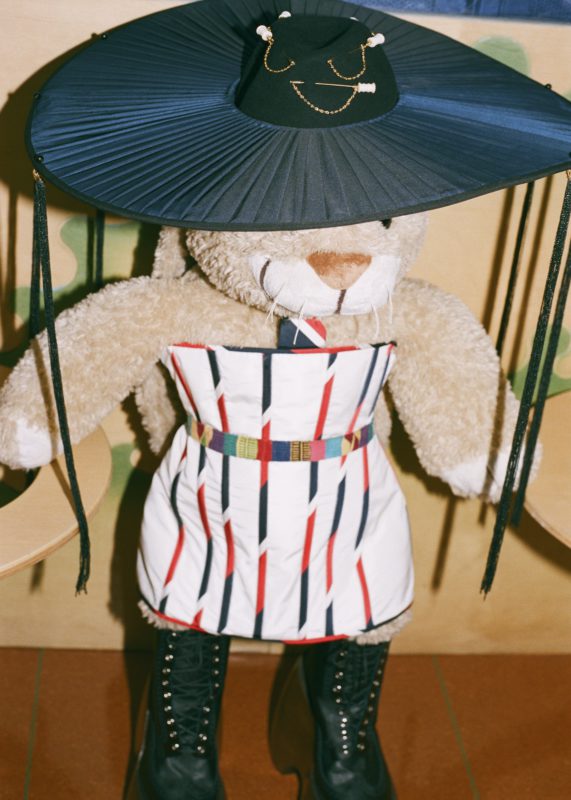 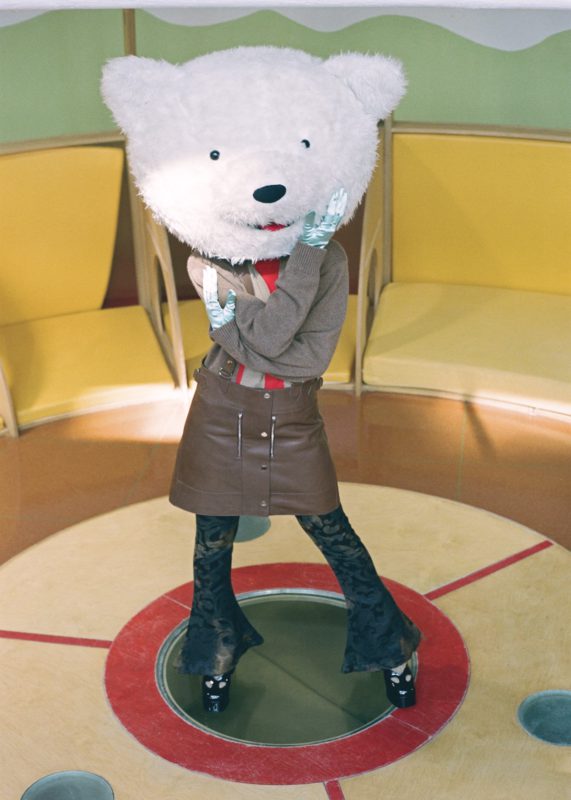