The first multi-brand boutique in the capital, founded in the years of the British anti-fashion and anti-refinement movement

With concepts like The New Craftsmen, and dominated by eighteenth-century Georgian architecture, the neighborhood of Mayfair is London’s opulence at its finest. The district unfurls south of Bond Street and is oxygenated on either side by Hyde Park and Green Park, and surrounded by residential buildings, modern art galleries and restaurants. Here, at 23-27 South Molton Street, you will find the Browns Fashion London boutique. A façade, with open window displays and wooden moldings, breaks the motif of the solid brick masonry from the exposed installation.

Joan Burstein, a pharmacy apprentice who seemingly had little to do with fashion, and her husband Sidney, owner of a business in Ridley Road in East London, bought Browns from aristocrat Sir William Piggott-Brown in 1970. It is there, at number 27 South Molton Street, that they launched their first ground-floor modestly-sized boutique.

It was the end of the Seventies, and the ‘Iron Lady’ Margaret Thatcher established herself at 10 Downing Street in 1979. She steamrolled over feminist anti-fashion fury and their contempt for what was in vogue, considered an element of patriarchal power. These were the years of the politicized lifestyle of subcultures – glam rockers, punks and later dark –, of the return to DIY. Browns stands out as the first multi-brand boutique in the British capital.

Burdened by obligations to banks due to loans and investments taken out to finance the expansion of Neatawear, the lingerie and hosiery chain which they had owned in the Fifties, the Bursteins, who had been forcibly evicted from their home, see Browns as a device to pay off debts incurred.

An artistic and commercial success

From the outset, Browns Fashion London has guided young emerging designers, including Alexander McQueen, John Galliano and Christopher Kane, towards an artistic and commercial success, as well as other creators who until then had no connection to the London scene – Missoni, Jil Sander, Rei Kawakubo.

After meeting Calvin Klein at Studio 54 in New York, Joan dragged the ornamental minimalism of the American designer to Browns. In less than ten years, Burstein, known as ‘Mrs B’ to those in her inner circle, and her husband, expanded their domain to four more buildings: 23, 25, 24 and 26. In 1976, they set up shop at 6C on Sloane Street, the main artery of luxury shopping in the Royal Borough of Kensington and Chelsea.

In July 2012, two years after Browns Fashion London’s 40th anniversary, the boutique moves from 6C to 106 on Sloane Street to make way for the first flagship store of Brazilian fine jewelry brand H. Stern, before its final closure some time later, where in its place today stands the boutique of the Italian men’s fashion brand Corneliani.

Since its foundation during a point in time in which the world was struggling with the beginning of the oil crisis and London had to deal with the anarchy of those who looked with contempt at formal refinement, Browns Fashion seemed destined to change the retail trade and to anticipate the display of economic well-being and ‘dress for success’ motto of the 1980s.

After forty years of activity and research, sales from Browns’ e-commerce business, live since the end of 2000, accounted for only 25 percent of total revenue. In order to strengthen its commercial activity and online presence, in 2012 Browns signs a partnership with Farfetch, as proposed by Simon Burstein, son of Joan and Sidney. The online retail platform, founded in June 2007 by Portuguese entrepreneur José Neves, has allowed its expansion into countries such as Russia, China, Japan, Korea and Brazil.

In 2015, two years into the partnership, the e-commerce giant, listed on the New York Stock Exchange since September 2018, buys Browns and traces a new course and a new on and offline sales strategy for the boutique, whilst respecting the founders’ traditions. Ninety-year-old Joan Burstein is currently honorary president of Browns, while her children Simon and Caroline are members of the board of directors.

The role of managing director was entrusted to the American Holli Rogers, born in 1969 and a fashion merchandising graduate at the University of North Texas. Despite having minimal experience in physical retail but a background working for Neiman Marcus, Chanel and Net-A-Porter, since taking the helm, Rogers has quadrupled the business and rebooted the image and activity of Browns.

Under her strategic and creative guidance, a new physical store for women’s and men’s collections called Browns East opens at 21 Club Row in October 2017, in an old printing house in the East End district of Shoreditch. Designed by Brinkworth, plexiglass furniture in colors that embody the Pop Art palette blend into the ribs of the original briarwood floors. The clothes are displayed on suspended grids; the rough skeleton of the building and the steel shapes on the ceiling and walls reverberate the echoes of an industrial past.

Browns East is part of the augmented reality retail sector project ​Store of the Future​, curated for Farfetch by the former director of marketing and e-commerce at Matchesfashion.com, Sandrine Deveaux, that aims to offer customers personalized sales experiences through the development of technologies to be installed in stores. Browns East is also the first archetype of the ​Nomad 2.0 s​eries, which plans to expand beyond national borders with the opening of semi-permanent retail spaces structured to contain the atmosphere of the city and the neighborhood in which they are located. 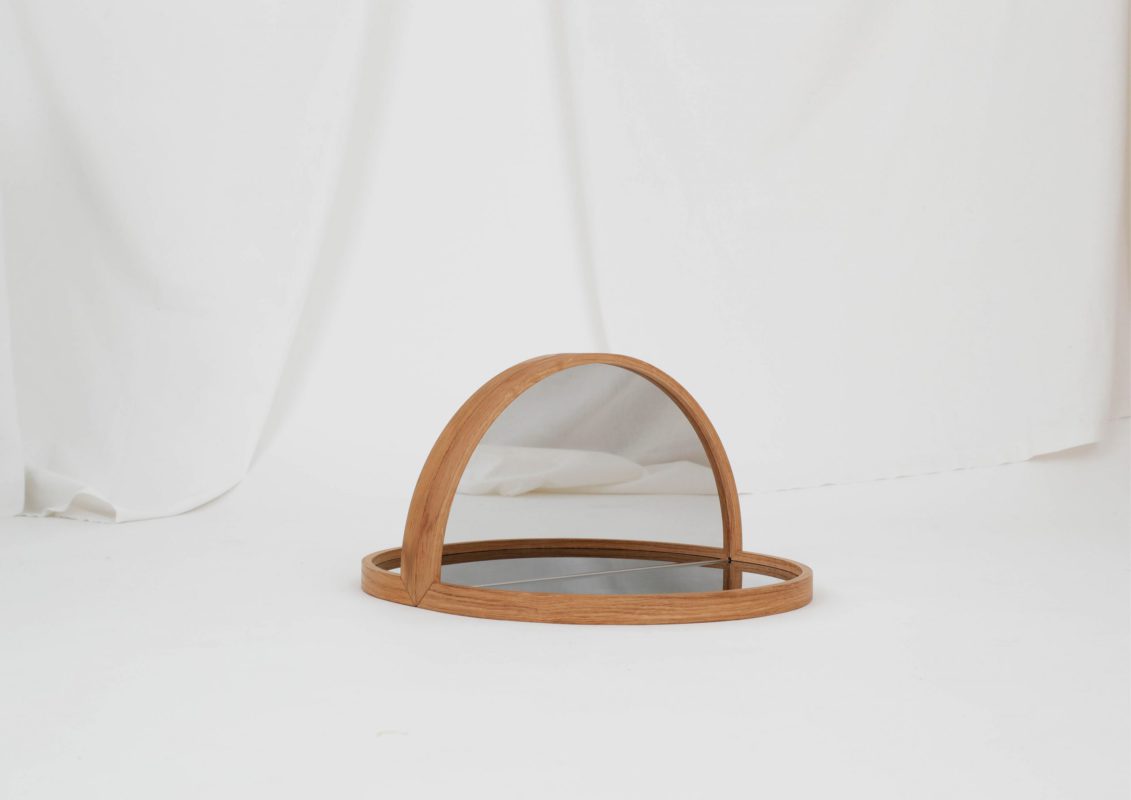