Relais San Maurizio, Santo Stefano Belbo. Waking up with a taste of the earth

Perfumes are mixed in the days, before the seasons. The hills get rough, the tires climb and have fun in the Langhe. Castles, watchtowers — the Middle Ages remain fashionable

Getting off at Asti, where the hills get steep, the tires cling to uphill roads. Castles, watchtowers — the Middle Ages are still in fashion. A monastery whose walls have told stories of monks since the first millennium is now the Relais San Maurizio.

A ginger tomcat, still with all his attributes, small in size. He looks at us arrogantly, until we approach and he realizes it might be fun to take a ride with us. Steep roads, the park is on a jagged busy plateau — the cat shows us an oak tree trunk — the sign tells us to lie down on the wood to feel the grain of the centuries against our spine.

Another sign indicates the monks’ path —oaks, olive trees and cypresses, the path winds narrowly through pruned bushes. Perfumes mix in the days, rather than the seasons. The medicinal herb garden is protected in a greenhouse and you almost expect to see a hidden snake.

The rain accompanies us through rooms and lighted fireplaces, outside a mist, inside a chessboard—frescoed walls, some vaulted, here the cat refuses to enter, preferring to snub us and stay outside. We walk down the stairs into a cellar that has as many bottles as the veins on the oak tree in the garden. The best customers leave them there to age, where humidity is controlled by bricks.

We go down into the caves of the monastery, where the monks lived and where today saltwater tanks are housed. Their spa powers get their strength from the minerals that dissolve and mix. The density in the first tank is already higher than that of the Dead Sea: you dive in and your body floats, the hangnails around on your fingers burning a little.

The second tank is rich in magnesium, a disinfectant, you should try placing a few drops on your newly shaved face. You struggle to stand, the water wins and has you floating. The sauna is carved out of the rock, filled with branches of rosemary, burning to release its fragrance.

In the evening, the items on a starred restaurant’s menu seem out of place in a search for sophistication that is here rhetoric, in this place that was once a monastery, where you expect a small, spartan room and are not disappointed, where you wake up feeling the vigor of roots, a taste of the earth, the roughness of stone and all the absurdities of the city are far away and remote. 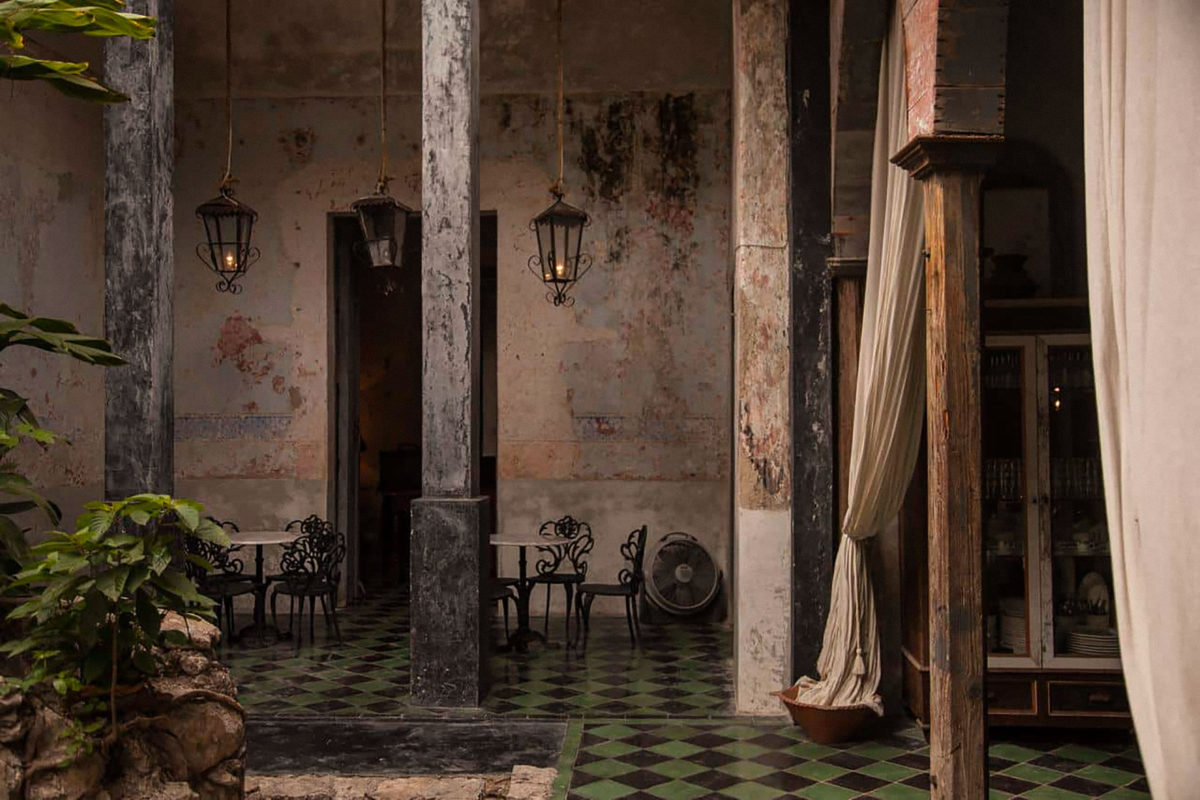 Sana Jardin, Paris. Distilling fragrance from every part of the flower

Sustainable production as a vehicle for social impact: for Sana Jardin, Berber and Amazigh women learn to upcycle floral waste. In conversation with Amy Christiansen