Suvretta House, St Moritz. The most beautiful hotel in the world

Behind the last hill on the water edge, the most beautiful hotel in the world appears in the midst of fir trees: Suvretta House St Moritz. It resembles a Ludwig’s court palace, but with no frenzy

You reach the Engadine climbing through the Maloja pass. Beyond the wall and the cliff of Grayskull castle, you feel like flowing over Tolkien’s fairy highlands. The dragon rests on the musk, under the snow. Behind the last hill on the water edge, the most beautiful hotel in the world appears in the midst of fir trees: Suvretta House St Moritz. It resembles a Ludwig’s court palace, but with no frenzy. It turns towards the west, the sun and its sunset — in front of Lake Silvaplana, turning its back to the sparkling St. Moritz, standing on the slope which comes next.

There might be more luxurious, more incredible, technological and cutting-edge hotels — Suvretta House St Moritz will be the most beautiful one, as far as relativity may admit. Its sizes evoking a court palace for empress Elizabeth, perhaps slightly Thomas Mann’s care home on his Magic Mountain, its scent of wood and cloth, those long corridors and the round rooms, the golden restaurant room, the huge stove in the guestrooms, an outdoor scalding water swimming pool, under the stars. Suvretta House St Moritz belongs to the Leading Hotels of the World, the collection of independent and superior luxury hotels standing for benchmark, certainty, and the art of living well — of course, for those who can take the liberty of choosing.

The Dolomites’ colors are useless. Here, at an altitude of 2000 meters, nature is so powerful that oxygen goes into your lungs and opens your head in such a way you did not remember you were able to. I used to come here when I was a child — waking up early, at the break of the day, eggs and Suisse butter brioches, a bit of fruit, and a lot of chocolate cream for breakfast. I climbed through the ski slopes, I was a child, with my instructor and the other kids of the ski school.

At Suvretta House St Moritz, the chairlift starts outside the entrance door. For one week, a winter-sports week, I could even forget the car that drove me to that place. All on foot, all limpid — up, until the Piz Nair. In January it is too cold, but you can reach it in February. We used to ski until 1pm, then we returned there to have lunch — before lunch, a swim in the pool with my grandma — then a clean t-shirt, we had some more eggs, again climbing up through the slopes.

St Moritz is called the Top of the World — the sun has gothic, German beams in the logo. Though the years, during the University, we spent our sleepless nights at Dracula, Belvedere and Rose’s. A dreamy life – we never slept, we came home at four in the morning, we woke up at nine, again on the ski slopes — with mildness, ok, however by ten o’ clock. We were just daddy’s boys, we did not have our money — however someone always offered us a snack with caviar. Drunk, the shots at Corviglia. We waited before going down, the ski lifts were closed — and we went downstream without our masks, with a sweet light in our eyes — the sunset beyond the peaks, above the frozen, white lake.

What a life! Charles Ephrussi came from Paris — before this dream dashed, crashed like glasses, in every adult life — and yet crystal scraps sparkle anyway, and if you pulverize them they become a matter of stars. Suvretta soars as stronghold before the Engadine villas. A place for the Shah, for Onassis, for all this world of the last century made up of diamonds, for those who today understand the honor of decline. Its descendants, today, will never experience such a past, such an attitude and success. On a hill in the Chianti wine area, a resort that develops around a square – after crossing the large iron gate at the entrance, what appears to the visitor is a village 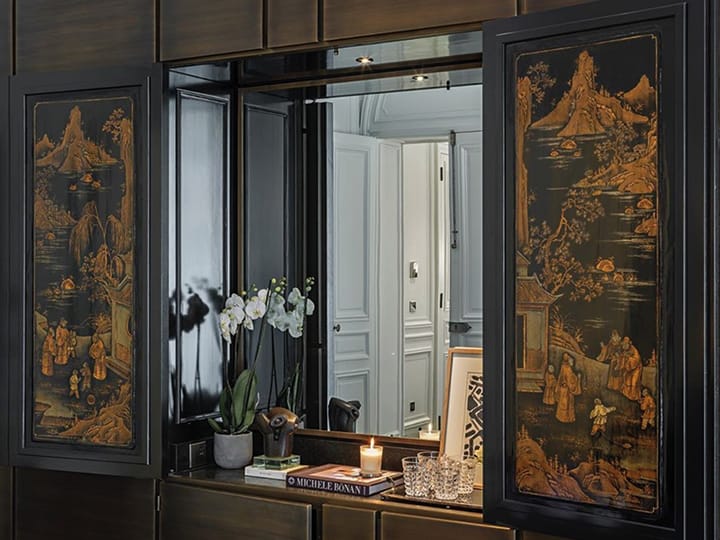 In the VII arrondissement of Paris, at 82 rue de Lille, French charm and Italian soul merge behind a directoire façade in light-colored stone