Japanese ceramist Takuro Kuwata explains how studying traditional pottery allowed him to move the craft forwards with his extrovert style, and discusses his recent collaboration with Loewe

In Japan, the tea ceremony in its wabi sabi form, referring to a rustic simplicity that defines the aesthetic, began in the Muromachi Period, which lasted from 1338 to 1573. As the country was experiencing years of civil war, the performative activity, transported from China, became a political tool. The influence of Zen Buddhism marked the difference between the new Japanese way of tea drinking, and the ceramics used in the process were defined by their delicate, imperfect beauty, and muted colors. It is in this meditative and ordered style that the tradition mostly lives on today.

The thirty-nine year old ceramist is working to re-define what a Japanese tea bowl, looks like in the modern age. Walking into an exhibition of his, which are often named referencing the tea bowls themselves (from the 2015 Dear Tea Bowl exhibit at New York’s Salon 94 to 2016’s Takuro Kuwata: From Tea Bowl at the Alison Jacques Gallery, London), is best likened to entering Willy Wonka’s Chocolate factory; an explosion of ceramic confectionary. Colored tea bowls come disfigured in orange or mint green, covered in metallic silver, while a vast phallic sculpture, with a gilded gold base, grows up into a bubble-gum pink head, dripping with thick layers of sky blue glaze. Small blobs, bending tentacles, and rocks set in the clay and left to rupture or explode in the kiln all decorate the pots’ alien exteriors.

It is an eccentric and now quintessential style which in February this year bridged the gap to the fashion industry with Spanish luxury brand Loewe’s Fall Winter 2020 collection, when the potter collaborated with Creative Director, Jonathan Anderson. Slabs of cream ceramic were dotted with shining gold spots to embellished gowns and tea bowl shaped pots hung off pouch-bag tassels. It was driven by the same urge Kuwata had when he began experimenting with centuries-old Japanese traditions – newness. And a desire to excite anyone who might come into contact with his work.

You were born in Hiroshima.

I didn’t grow up with an interest in pottery and my parents were not interested in that. Since I was young, I loved drawing, so instead of studying I was into that. In elementary school we had a competition with those among the same age group, we would go to the park and draw the object in front of you. I realised I wouldn’t notice anyone else around when I was doing it.

You graduated from the Kyoto Saga University of Arts in 2001 having studied Ceramic Art.

In high school, I started street dance, and at one point I thought I wanted to go down that specific route — instead, I decided to go to the Arts University. I thought about going into the design course, but during the exam to get in I saw it was very regulated. You have to put in the right dimensions and the right color. I realized I am out of the box and I didn’t like to be doing the structured practice. I was good at doing the freehand drawing. It was on the art course that I noticed using my hands to create something was what I enjoyed.

I read that you came across the Kyoto based avant-garde ceramics movement Sōdeisha, led specifically by Kazuo Yagi.

During my time at University, one of my teachers belonged to Sōdeisha, so I was introduced to the group. I recognized the movement of change they accomplished, from the traditional use of ceramic potteries towards seeing them as objects of art. Mr. Yagi was the founder of the group, and had studied at the same university, but had been and gone before I got there.

Did you go straight to working for the master potter, Zaima Susumu?

I got to know Mr Zaima through a recommendation from University. He is a traditional potter, and also knew the movement of Sodeisha, but was making more traditional, purpose-use, pottery rather than objects of art. After I graduated, I wanted to make a living with pottery, so I had to go and work for someone like him to learn. I was a living apprentice for a year and a half, which was actually quite a short time for an apprenticeship. Usually it takes about five to ten years, and you have to observe what the master does and learn from him.

Instead, I was quite close to Mr. Zaima and doing my own work within the same studio. When I did need aid technically he would come and help. Due to the influence of Sōdeisha, I was mostly making objects of art and wasn’t that interested in traditional table wears. One day Mr. Zaima took me to a mountain and taught me to dig up the earth and retrieve the clays myself. Then we burnt wood to make a yuyaku glaze. I felt a closeness to nature then, with my hands, and it’s something that still influences my work today.

I now live in the Gifu Prefecture which is famous for the mass production of ceramics. In that area, we get a lot of material imported that is easily accessible. Having spent time with Mr. Zaima, I learned how to tell the quality differences between new materials, and where it comes from in nature. There are many different types of soils, but I can differentiate now.

The colours and metallics are enticing. You started studying at the Tajimi City Pottery Design and Technical Center.

Tajimi City Pottery Design is an institute helping young people going into the industry of ceramics, including learning ceramic traditions and production. It was there I met Mr. Seizo Hayashiya, who is dead now, but was an expert on the tea ceremony. Any books coming out about the ceramics, he would always look over and edit them first. That’s how I learned about the tea ceremony. He gave me the opportunity to touch the very old, important tea ceremony sets. By getting to know the old and traditional, I was able to start making the new for my own.

Has there been any controversy surrounding the route you have taken, from traditionalists who may not believe there needed to be an update of this centuries-old craft?

I was told a lot of people were misunderstanding me. I was asked a lot if I was anti-pottery, for example. I wasn’t totally insistent on making a new and different style.

In an interview, you once came across the work of Rei Kawakubo at Comme des Garçons?

I would be embarrassed to compare my work to hers. Comme des Garçons – the use of the material itself. You can see the different processes done on the materials, and by doing so it changes into something else. That’s what I want to do too. To make something new is always like a meeting. I said that I live in an area that has lots of people with small shops selling different materials. After that bit of influence, I do the testing.

You have some signatures in your work. How did you start to create the thick, cracked, glazed surfaces that cover so many of your pieces?

With this specific style I was influenced by the artist Mr Toyozo Arakawa. He was a Living National Treasure and was famous for the glaze called Shino. I went to the Gifu Prefectural Museum and there was an exhibition of his work. I started making my own glaze called Kairagi,  experimenting with different types and thicknesses of glaze.

Sometimes you put rocks into the clay and let them explode or rupture in the kiln.

There is a fine line between accidental and purposefully making something happen. With techniques and knowledge accidents can be controlled. I have a lot of failings in my production, but I look for something falling on that fine line.

How do you create the metallic effect you mentioned was key before?

This one isn’t too difficult, it is in the same way as with European tableware. Wedgewood or people in the Royal Family will all have tea cups with gold on the rim. The technique itself is the same, but sometimes I do it all over rather than just in parts. It’s probably the same even down to the temperature of the kilns.

You were a part of the Loewe Foundation 2018 Craft Prize, and won a special mention; one of two from 1,900 entries. How did the collaboration with Jonathan Anderson come about?

I met Jonathan for the first time at the Loewe Craft Prize, that was the start of doing the show collaboration together. Then we had our first meeting together in Paris and he explained the inspiration behind working together was a collaboration that Issey Miyake and Lucy Rie [the late, Austrian-born British potter] had done a while ago.

You injected your style into ceramic necklaces, bag tassels and chest plates on gowns.

It is all made in my studio in Gifu. I was worried when I heard that my ceramics were going to be on a dress, for the model to wear it, because they are heavy and fragile. The Loewe team said not to panic about that side of it, and just to concentrate on making the art piece. I had meetings with the office of Loewe and they asked me for things like more or less colours. Then I would make a sample, send it over, and then get comments back. When that worked out, and it was featured on the dress and on the bag – I was moved.

What do you want to be the outcome with your work?

Other people to be moved by it. At that point, it is time for me to make something new, or I have to learn something new. It was the case with Loewe, I had never met or seen things like that, so I learned a new field and with it came more people to react to my work.

So it is a drive to cover new ground. I wonder then, what territory you are planning to adventure into next?

I like to try things outside of the ceramic world. Collaborations with ceramics and something else. I have to keep doing my exhibitions, but if there are new offers, I would like to work with new people. Hopefully my products will attract someone else to collaborate with.

Thank you to Hanako Varian for interpreting the conversation. 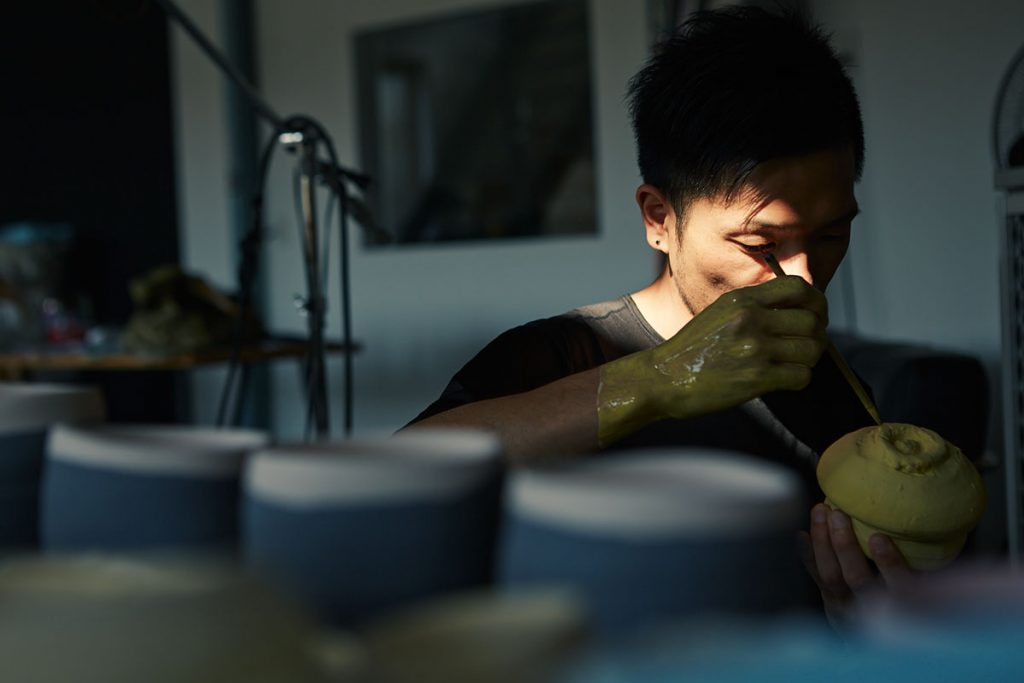 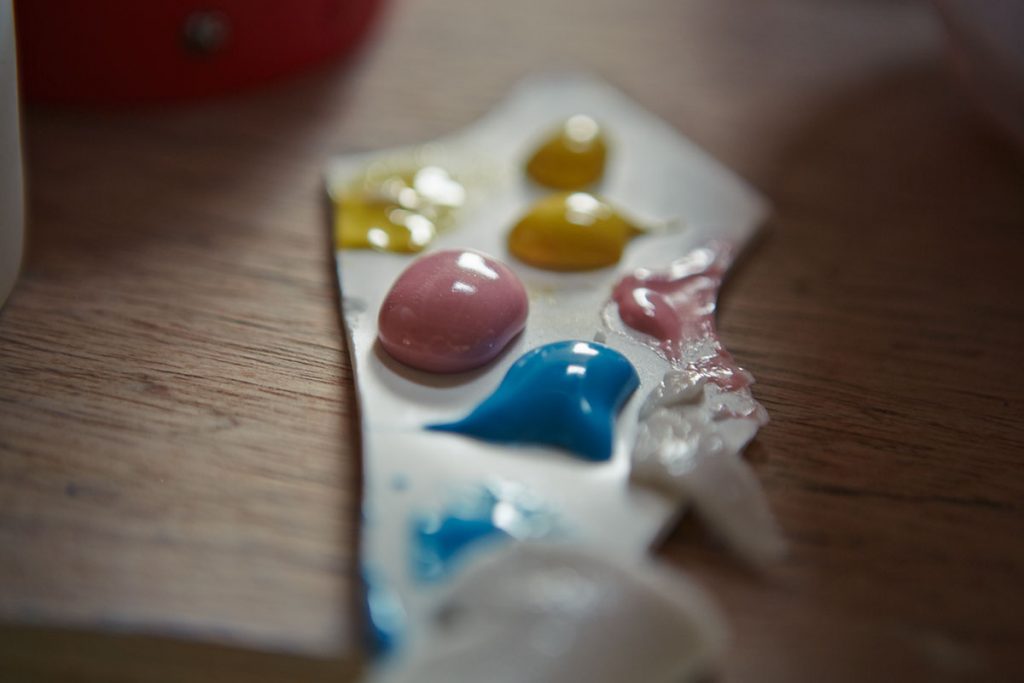 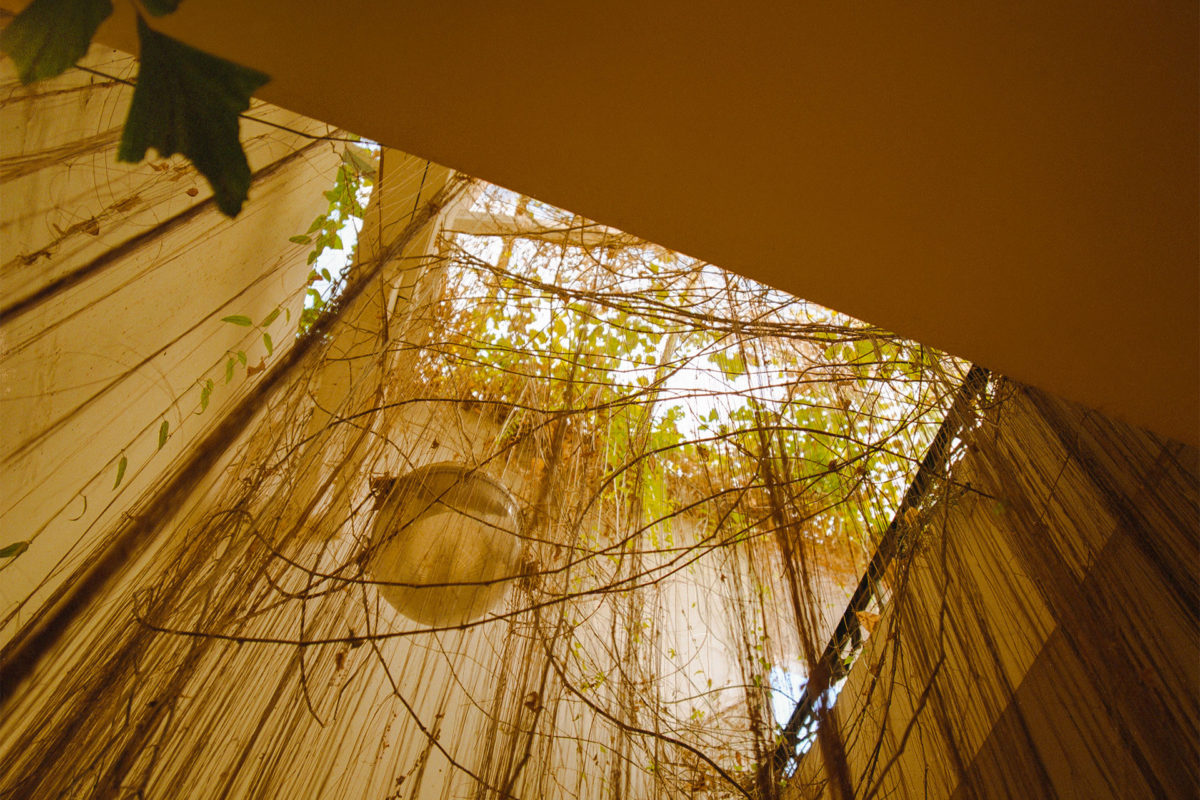