French-based footwear brand VEJA has a presence in over fifty countries and has sold two million pairs of their sleek sneakers since their inception in 2004 ⁠— all without advertising. In conversation with the founders, Sébastien Kopp and François-Ghislain Morillion

The contributions of the seringueiros

Beginning from the sole, wild rubber yielded from the rubber tree acts as the bedrock of every VEJA sneaker as all of its soles are eighteen to twenty-two percent made from natural rubber. Their approach to this single element is able to exemplify the founders Sébastien Kopp and François-Ghislain Morillion’s dedication to sustainability. The French footwear brand VEJA has so far preserved one hundred and twenty thousand hectares of the Amazon forest by purchasing one hundred and ninety-five tons of wild rubber directly from seringueiro communities since 2004.

The Amazon is the only place on the planet where one is able to find rubber trees growing in the wild and it is here that VEJA works with an association called Amopreab who facilitates rubber production and pays the rubber tappers found in the Chico Mendes Reserve on behalf of the company. The French footwear company also employs the help of environmental activist, Bia Saldanha, who supports the local seringueiros communities which comprises one hundred and twenty families that are benefitting from working on the VEJA project. These rubber tapping communities harvest the wild rubber into liquid rubber sheets which can reach a stack of one hundred sheets ⁠— an innovative technique that allows for higher purity in the rubber and securing greater elasticity with minimal oxidization.

This unique process performed by the seringueiros is further aided by technical support from VEJA’s side as the producers are provided with a technical kit sponsored by the State, VEJA, and the WWF. Both the acquired knowledge and the result of a semi-finished product generates revenue for the rubber tappers. Not only are the lives of the seringueiros enhanced but the dangers of deforestation are reduced by creating such a high value at this early point of production. As every seringueiro accumulates up to twenty-five liters of liquid rubber per day, VEJA (according to their statistics from 2017), buys the wild Brazilian rubber at two-point seventy-seven euro per kilogram while synthetic rubber, on the other hand, is purchased for one point thirty-five euro per kilogram at its lowest rate.

An advocacy of agroecology

The French footwear company has a strong partner in the Associação de Desenvolvimento Educacional e Cultural de Tauá (ADEC) in the Northeastern region of Brazil, a partnership built by Kopp and Morillion since 2004 for the company’s organic cotton farming. VEJA supports thirty-five cotton producers in their work of harvesting organic cotton, without the use of pesticides and fertilizers. This advocacy of agroecology is a stand against conventional agriculture which sees a persistent use of chemicals that causes intense damage to the soil in the long term. VEJA continues to provide technical support to their producers via agricultural engineers and Maria Valdenira, the daughter of two organic cotton farmers who joined VEJA since meeting the co-founders at an organic cotton fair in Brazil.

Why is this technical support relevant? «Growing crops, especially organic cotton, is difficult. There’s not a lot of scientific research on it but there is Valdenira who’s been working with us since 2008. She gives support to the organic cotton producers and not only that, she is now one of the world’s most knowledgeable people on organic cotton. She knows a lot due to her fieldwork and now she’s working in Brazil where VEJA has hundreds of organic cotton producers working with us». The two co-founders not only strengthen the soil in which the materials used to make VEJA sneakers are derived from but also the knowledge of those who are working on the field and are harvesting it.

Since 2004, VEJA has purchased more than two hundred and sixty-five tons of organic and fair-trade cotton from nearly two hundred families in Brazil. The prices of the crops are set in advance thus each organic cotton producer is aware of how much they will make before they plant a single seed. The figure proposed in these contracts with the farmers is one higher than the usual market price, securing a greater financial future for organic cotton producers. The cotton after planting and harvesting is transformed into yarn which is then woven onto the canvas of VEJA sneakers.

The reality at the VEJA assembly plant situated near Porto Alegre. A majority of the workers here, around eighty-two percent are under unions, protected by strong worker rights and they work in good conditions similar to the ones found in European factories. The journey of the VEJA sneaker eventually ends in the outskirts of Paris in Bonneuil-Sur-Marne where the shoes are organised, prepared and packed by employees part of a social integration programme called Atelier Sans Frontières (ASF), a scheme that supports individuals excluded from the traditional French labour market by providing them with employment opportunities and social support. The VEJA warehouse and e-commerce stock is spearheaded by these ASF employees.

As with any sustainable organisation of the modern age, transparency and accountability are two factors that must be integral in addition to the ethical operations and production processes. As early as 2009, VEJA published its limitations for public consumption on their online website. The eyelets found on a VEJA sneaker are made of metal, although not containing nickel, not sourced from the company themselves. The company also utilises conventional dyes and these pigments that are not natural products yet they do comply with the European REACH standards. This was a decision made in order to achieve the right hue that will not fade.

In terms of transportation, Kopp is frank about the impact it makes: «We’re shipping from Brazil by boat and we have not replaced the boats in the production chain with something more ecological. We’re trying to improve every step of the way in the production chain but our Co2 emissions aren’t great». Despite this, Kopp reveals that VEJA nonetheless enforces transparency when it comes to this flaw by launching a study on their Co2 emissions two years ago and the results are soon to be published online.

Upon discovering and publishing the results, they aim to tackle the problems immediately. «Talking about problems is important. Every time we see a problem we tackle it. That’s our job. As we don’t have any investors in the company, we are free to do what we want. We can afford to not be obsessed with the figures or profitability. We have a different eye on this». This is one viewpoint on their governance, an area where VEJA has chosen to be frank about on their website where they boldly claim, The governance of VEJA is not that great. There is no board, no investors, and a lot of decisions are put in the two founders’ hands. However, in Kopp’s words, this can be seen as a positive as VEJA is able to put ecological priorities first.

What else is integral for a modern sustainability company? Kopp declares that it is adaptability. An example he gives is a situation from 2015 where a drought eliminated all of the cotton flowers in the Brazil region and VEJA made the decision to use recycled cotton instead of organic cotton. «We adapted to the crisis but we made it known. We say to our customers, this season, we are using recycled cotton and not organic cotton. It was very simple. It was just us adapting ourselves». And VEJA continues to adapt without compromising on its sustainable values and this is seen further in a myriad of ways.

Another example is their push for innovation in ecological fabrics, through using materials already found on the planet which resulted in their B-mesh material. This fabric is made out of the plastic bottles collected from the streets of Rio & Sao Paulo, transformed from the flakes of polyethylene terephthalate (PET) where VEJA created their first ecological running shoe called The Condor. This is a tremendous feat for VEJA, especially due to the fact that ninety-nine percent of running shoes available on the market are made out of plastics and petroleum. The company discovered a vegan material called the C.W.L after five years of research and development, providing their customers with a leather alternative that has the silkiness of real leather yet maintains a positive influence on the environment. Currently one VEJA model out of three is one hundred percent vegan. For its 2020 collection, they counted one hundred and twenty-five out of three hundred and twenty-four models to be completely devoid of animal products.

These are the tangible actions that lead up to a cleaner world that Kopp and Morillion envision and are helping to create through VEJA sneakers. And how do they believe they have come to this point? Kopp says, «By giving your time and by being a lot on the field which has been forgotten by big companies. I don’t know the managers of big corporations who are out there. Fieldwork would be good not only for them but for politicians as well. To get a taste of reality is important for everybody». And this taste of reality as Kopp puts it should be the foundation for any sustainable organisation as, «Once you’re inside the machine, only then can you see the processes and fix them. Analysing the projections just from an Excel spreadsheet, you cannot see it. This philosophy is how we operate at VEJA».

VEJA has a presence in over fifty countries and has sold two million pairs of their sleek sneakers since their inception in 2004 ⁠— all without advertising. VEJA concentrate their financial revenue on raw materials and their people. What lies beyond this commercial success is a story rooted in their commitment towards climate and community. Founders of VEJA, Sébastien Kopp, and François-Ghislain Morillion were first immersed in the domain of finance in the early 2000s and then made the switch to sustainable development by investigating the environmental CSR projects and charitable initiatives of large corporations around the world.

«From Vietnam, China, South Africa, Peru to Morocco – we went everywhere», says Kopp, and revealed that during their journey on the field, the two discovered that the actual realities of the people these CSR or charity projects were meant to support were completely different from the fantasies these big businesses were purporting and imagining. This stark difference eventually led Kopp and Morillion to work for Alter Eco, led by French fair-trade pioneer Tristan Lecomte where he demonstrated to the two that a company with a mission so deeply embedded in social and environmental justice was indeed possible. VEJA was born quickly after that as both Kopp and Morillion wanted to «create something of [their] own, a sneaker company that would respect humans and the environment all along the chain». And how did they do that? VEJA had to create a new system of production, one so unlike the well-oiled detrimental machine created and used by large corporations of today that seeks to destroy our precious resources. 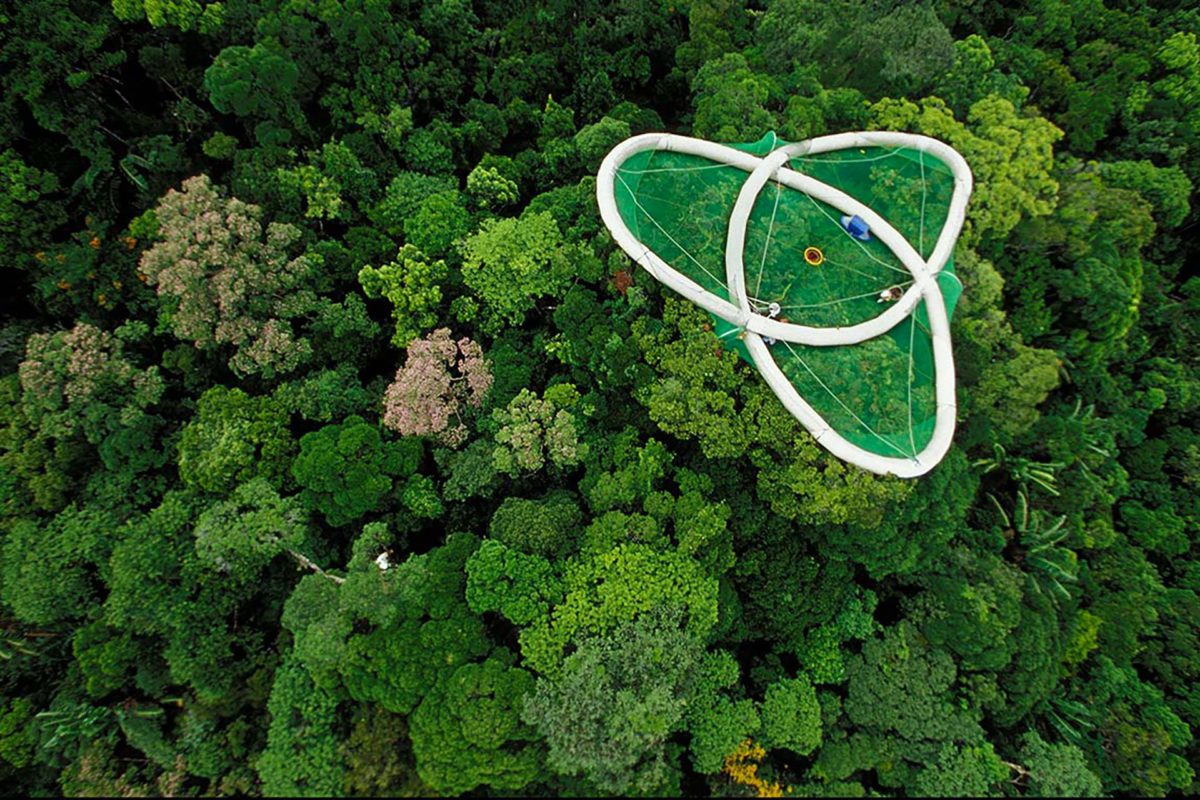 «Biochar is the ethical form of charcoal — ethical because you’re not cutting down the forest». In conversation with Brando Crespi, the co-founder of Pro-Natura International.

Jermaine Gallacher – the ambiguous design dealer – discusses the mindset of never having something that you don’t want or need, which you’ll eventually consider to be waste 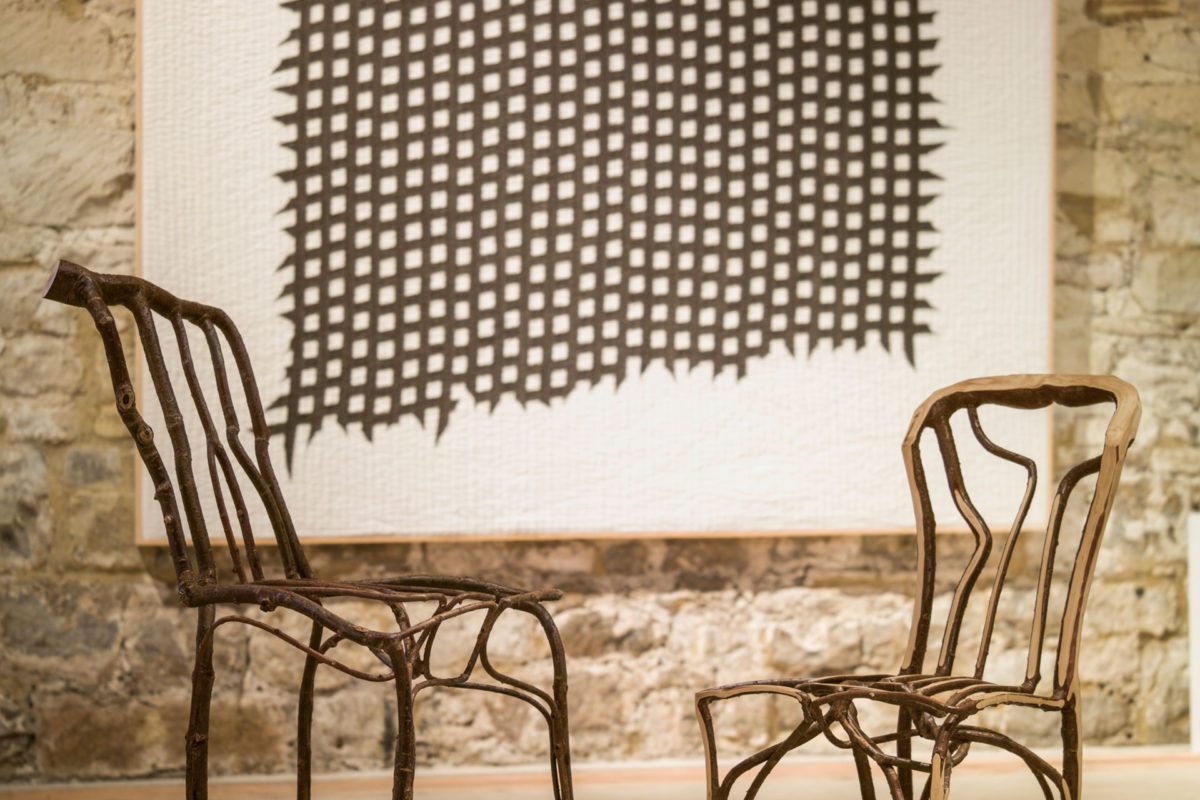 Bio-facturing in antithesis to manufacturing: each item is grown in situ, harvested in situ, and finished in situ without damage and waste