WOOD – is the exposure of the illegal logging industry enough to incite change?

With the increasing demand for timber, many forests have been depleting without regulation by local governments. WOOD works to expose this by addressing the situations in Siberia, Romania, and Peru

An opening of serenity and peacefulness is broken by trees falling; the juxtaposition left by the devastation of deforestation. The filmmakers and producers of the documentary and environmental thriller WOOD are three women, Monica Lăzurean-Gorgan, Ebba Sinzinger, and Michaela Kirst — from three different countries, all with one aim; to expose the illegal logging industry. This documentary — which had its Italian premiere at the International Documentary Festival Visioni dal Mondo and where it won the International Contest “Storytellers of Our Time, a Mirror into the Future” — aims to show how people are working against the status quo, taking on the challenge of overruling large corporations, and despite the backlash, are able to achieve change.

With the increasing demand for timber, many forests have been depleting without regulation by local governments. WOOD works to expose this by addressing the situations in Siberia, Romania, and Peru. The film focuses on Romania, and directly addresses the illegal logging practices of Austrian company Schweighofer, where the local forest, as an ecosystem, is the last remaining primeval forest in a temperate climatic zone.

Romania is home to more than 525,000 hectares of virgin primary forest, which before extensive deforestation, had not been touched. Yet, now it is estimated that this has reduced to 100,000 hectares. The Environmental Investigation Agency (EIA) revealed that illegal logging is destroying Romania’s ancient forests and national parks. Between 2008 and 2014, 8.8 million m3 of timber was cut illegally on an annual basis – equating to 49% of the timber cut between this period. This increased to 20.6 million m3 annually between 2014 and 2018.

In monopolizing the forests, large corporations are disrupting ecosystems, alongside felling of trees. One of the many functions that a forest fulfills is to soak up rainwater, to then release steadily into the soil. Without these ‘sponges’ local communities are experiencing extensive flash flooding. Additionally, locals who would originally have sourced income from methods such as harvesting and selling mushrooms, no longer have this stability as flora and fauna can no longer survive without their habitat intact. This environmental impact on people’s homes can affect their sense of place as their homelands are disrupted.

Having her roots in Romania, Monica Lăzurean-Gorgan was able to experience first-hand the effects of logging in and around her home village. The impacts of felling in the area were felt when a local mountain fell down, destroying the homes and lives of the local farmers. Ebba believes that «in a way it was self-inflicted, yet at the same time it was due to the forced economic situation. It reflected the way that wood processors deal with the situation of depleting wood supplies; what they are taking and the prices that they are offering. This enables the local people to fell trees in a way that seems mutually beneficial to themselves and the large corporations who control the timber trade».

During this time, Michaela had been working on another film with Alexander von Bismarck; «I felt that his approach was unique in the way that he was trying to, successfully, change laws in his country of focus. The investigative work that he was doing on the ground; such as filming and collecting evidence, was effective. It was Ebba who brought these two things together – seeing what was happening in Romania as a major issue concerning wood, and then bringing our protagonist Alexander into the mix».

WOOD follows Alexander von Bismarck, a politically-active protagonist who is a part of the EIA as he works as a spy infiltrating the timber industry with the hope of initiating worldwide change. The content of the film was shot over a period of seven years, to highlight the journey of Alexander and his fellow activists as they attempt to fight the large corporations who exploit the forests. The directors believe in the importance of the hidden camera as it shows that «investigative work is necessary to see that these things are happening». In doing so, they create a special experience for those watching as «you can see it happening right in front of your eyes». Instead of allowing wood producers to hide behind advertising, «seeing this interaction where people change to illegality is extremely confronting». Despite the role of the hidden camera there are still some aspects of discussion that will never be accessible to the public. «Alexander’s work is diplomatic and behind closed doors. Bringing in a camera would have a negative impact on the logistical process. The politics of it all can easily become compromised».

Whilst there are incentives to encourage communities to protect their local forests from being cut down, it can be difficult for the local people to fulfil this when they are not supported by policing. The situation in many of the countries that the WOOD team filmed in, pivots on political instability and corruption; «if you don’t want to get bribed, you can get killed». This situation is prevalent in Peru where the regional indigenous population have had to reach out to EIA to help them to deal with the murders in the area, murders that are linked to illegal logging. Through his experience, Alexander believes that «one of the first steps to take is to create the right rules and legislation at the government level. By using these legislations, environmental groups are able to put pressure to regulate these sorts of trade more effectively. If the rules didn’t exist, then everything could be completely lost».

While there could have been a variety of potential avenues to explore within the logging industry, by using one protagonist, the three directors were able to understand what was happening within Romanian communities from a new perspective that was not predominantly research based. By drafting in Alexander, the team hoped that his involvement would put pressure on people to create change; «because NGOs and environmental activists have been talking about this for a long time yet people weren’t really listening to what they were saying. When somebody comes from outside it gives their evidence more power». This opened up the opportunity to meet a variety of different types of people, each with their own motivations and stories to tell.

In releasing WOOD, the team have experienced resistance; it is rumoured that the new PR manager of Schweighofer has been boycotting the film in an attempt to discredit their work, further brushing the issue under the carpet; «they are also putting pressure on national television to not show our work, continuing with their ‘mafia-like’ attitudes». This response emulates the topics covered in the film with respect to corruption leading to murders and harming of local communities; something that the filmmakers are trying to make more public.

Despite this, in Romania, after the work of WOOD, there have been visible changes particularly within the legal systems. Through the process of shooting the film, Schweighofer, lost its Green Seal – the Forest Stewardship Council (FSC) certificate that indicates whether companies are acting in a sustainable way. Additionally, The European Commission has sent a warning to the Romanian government with respect to illegal logging, and failure to meet the standards of the EU Timber Regulation (EUTR), which outlines the obligations of operators who bring timber products to market. However, the upkeep of these changes depends on the current political situation; as some governments are more inclined to stick to the law than others. «This depends on the government, and what kind of system is in place, as to how the laws change. Democracies aren’t immune to this potentially negative change».

Whilst the majority of the film is based around the struggle in Romania, by looking into different countries including Peru and Siberia, Michaela thinks that it is important to show «that this illegal logging and consumption of illegal wood is happening all over the globe. We wanted to show that it’s not just in one country, rather that this is how the corrupt system functions». The hope is that the film will start debat, increase awareness and act as a catalyst for change. «After the film was shown in Romanian parliament, we saw a big difference in the ways that decisions were being made ten days later. We also saw a change on the ground; the demonstrations that you can see taking place in Romania happened because everything was thrown out into the open, and it could no longer hide behind closed doors».

The team has also seen a change in laws, to reflect people becoming more aware and environmentally minded. Developing laws is important, «but you also need the consumer to have the possibility to take responsibility. You’ve got to enable them to attempt to make the change; it can be difficult for the individual to make informed decisions». Also, due to the current political situation in countries like Romania, policy implementation isn’t always felt; «even if you have managed to get a better law, it still needs to be implemented. There has to be a Political Will and stability to do that».

Ebba sees the work of the documentary WOOD as capable of making a difference; acting as a catalyst for change «it shows that people can do something, because this film shows that, by being politically active, you can change at least a little bit of the world». And, their ultimate aim involves a re-evaluation of the current economy that relies on corruption and bribery. «We would like to have a more just society where people can survive from what they are producing. If they cannot work, then they should be able to get subsidies and support so that the difference in income isn’t so wide as it is now. We would like the difference to get smaller again». By giving local communities agency, WOOD is hoping to make this a reality. 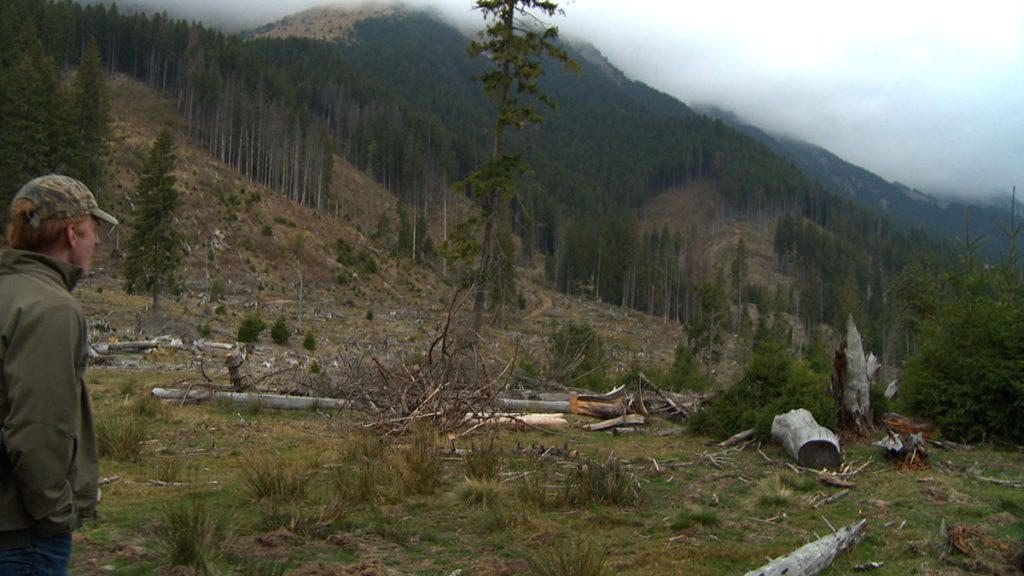 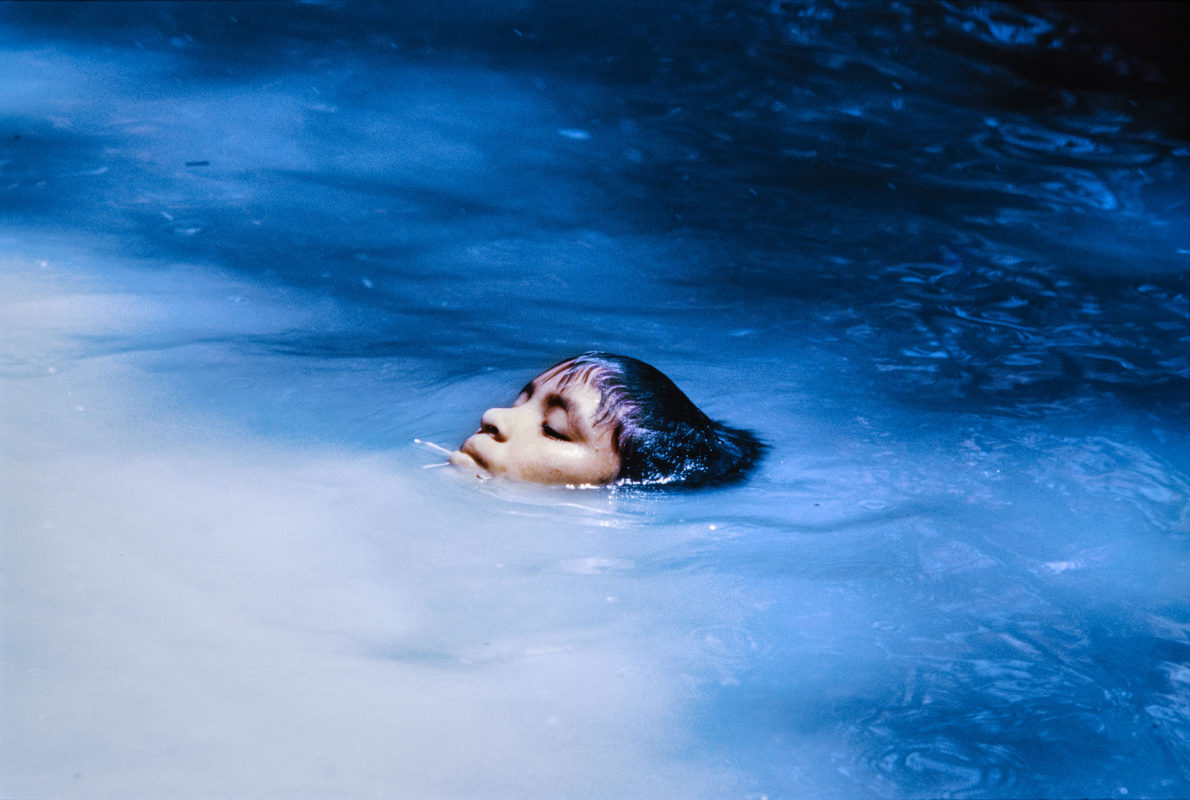 Claudia Andujar’s photography grants the indigenous tribe Yanomami the support to fight for their rights and existence. «I’m connected to the indigenous, to the land, to the struggle. I have always searched for the meaning of life in this core» 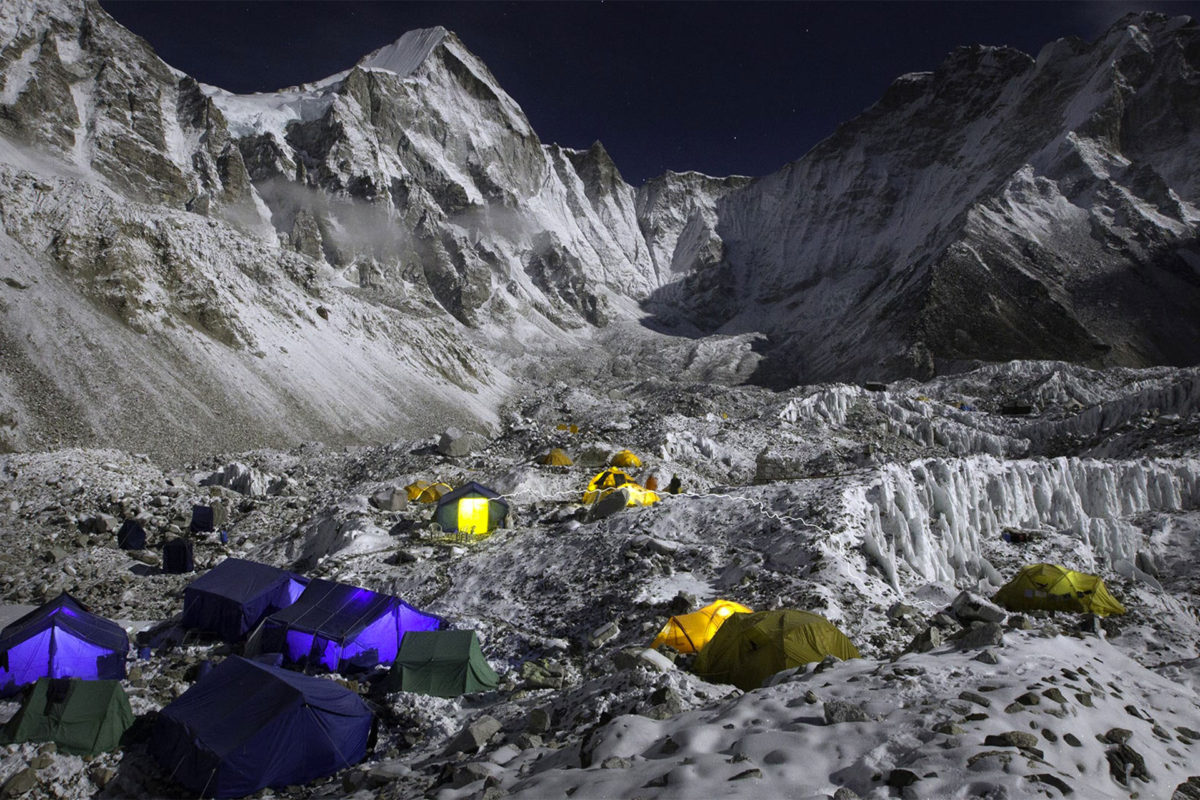