Marina Ballo Charmet’s photographs in The Fragility of a Species pulls back from words on paper: snapshots that capture the present demolition of our habitat. Each form of art sculpts the caricature of what our community may lose or has already lost. The advocacy of her photographs and videos billows into an urgency that encourages the viewers to watch, reflect, and take action. Infusing her expertise with philosophy, psychology, and psychoanalysis, for over thirty years, Marina Ballo has dabbled in the multiplicity of her profile as a psychotherapist, videographer, and photographer. Before welcoming the genesis of her fondness toward video making and photography, in the mid-eighties, she functioned as a psychotherapist to public institutions in Milan. In her creations, she introspects the oversights. The bustle of citizens who speed-walk towards the metro while double-tapping their phone screen to like a post entails that details around them fall apart as fragments. No longer can they pay attention to the facets that define the architecture, art, and environment that envelop them. She nestles with the opportunity to deliver a remembrance to each citizen who has already forgotten what breathes in their periphery exposing the white noise of our mind.

In the series of photographs, unveiled for Lampoon Magazine, titled The Fragility of a Species the images demand resurrection. The pillars of trees inside the perimeters of Milan pose as her subject exhibiting the process of pruning during the dormant seasons. Irony meets the eye once the meaning behind the names of the images from her ongoing work urv-ara, derived from the Sanskrit terms tree and fertile land, is revealed. Such a gallery affords a glimpse to the rebirth of what has been lost, a testament to Marina Ballo’s art, and her desire to converse about one’s inattention. Her language adopts the out-of-focus mobility that transpires one’s perception. The attention towards the margins that have long since escaped the consciousness of the crowd. The juncture of culture trespasses each shot she captures. In her words, there is a relationship between nature and culture in her anthology that allows the viewers to traverse the spectrum.

Sauntering through her images, she projects the waste in bins and dumpsites to the features of every day, that seems to pass by, unnoticed and forgotten. She brings out the tangibility of her subjects and the pertinence of their frames, colors, and angles. In her 2017 – 2018 project le ore blu (The Blue Hours), she captured the Venetian lagoon of Giudecca that formed waves appearing against the taps of rain. Marina Ballo kindled the spirit of simplicity elaborated through looking at the water, immersing into a drift of change. The extent of the project The Fragility of a Species, like her other work, is appreciated when viewed through empathetic eyes and not an anthropocentric gaze. «The corpses of urban trees, severed and without life left on the ground, waiting for pitiful retrieval» – Stefano Boeri

Art indulgence – the forage of romance between nature, culture, and people 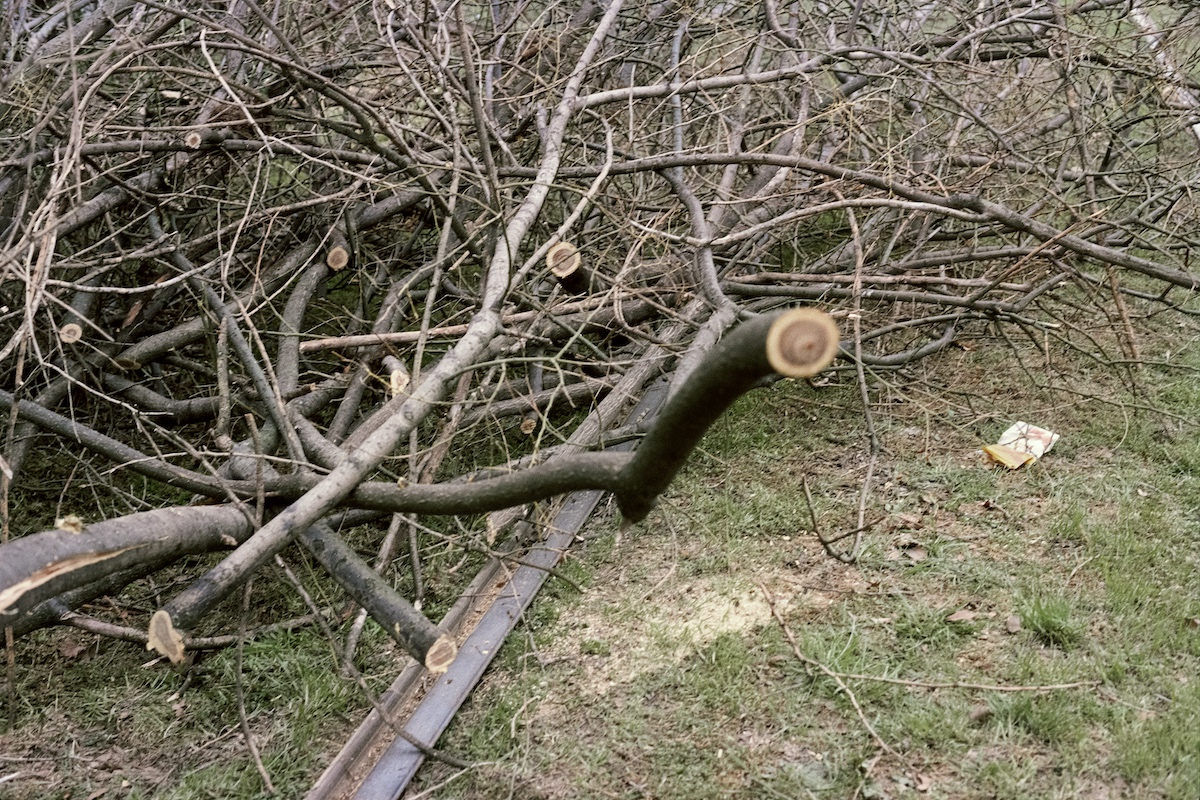