Recycled wood – finding use for the byproduct of our forests

Economically developed countries often ignore the environment around them. A conversation with designer Tamara Orjola – investigating the use of pine needles

Every year 600 million pine trees are cut down in the EU only and distributed throughout the entire planet. The 45% of stock grows in industrial, man-made forests. Pine trees are the main source of timber – it grows quickly making it cheap and therefore widely used in construction, in the furniture industry and in paper production. There is more to a tree than just its wood. A proper consumption of the whole tree could decrease the demand of both wood and other natural resources. With her project Forest Wool, presented for the first time in 2016 during Dutch Design Week, designer Tamara Orjola investigates the use of pine needles as an alternative material for different purposes.

Pine needles make up to 20-30% of total tree mass: while branches are used as biomass to make energy, pine needles cannot be burnt because of their high content of raisin—therefore billions of needles are left behind each year, drying or rotting after pine trees have been cut down. Tamara Orjola was born in Russia, in the region of the Ural Mountains. She grew up in Latvia, surrounded by green: «Eastern-European people have good knowledge about the environment around them», she says. «My grandparents had fruit and vegetable gardens, we grew and preserved our own food, we collected wild medicine and made our own wine. We were almost self-sufficient. After living abroad I realized that in many economically developed countries lots of knowledge has been lost. We depend on the industry and know less and less about nature».

With standard manufacturing techniques—crushing, soaking, steaming, carding, binding and pressing—pine needles can be transformed into textiles, composites and paper. Essential oils and natural dye can also be extracted in the process. Orjola’s innovative material experimentation resulted in a tactile series of products such as stools and mats, which communicate the potential of materials currently discarded by industrial production: «I was prompted to experiment with needles after acknowledging the number of pine trees cut down in Europe», she explains. «Forest Wool began with a research on the forgotten value of plants. Valuable local materials and techniques are left behind due to the unwillingness of mass-production to adopt more sustainable practices. In the old days the pine tree was used as food, remedies, to build homes and furniture and for many other purposes. Nowadays, it is only valuable for its timber». The public’s response to Forest Wool has so far been positive, as well as several touching notes from regular people around the world, Orjola also received emails from multinationals that reached out to her in order to better understand the process.

«As a designer, living in the rise of consumerism, growing population, and climate change, you have a moral obligation to consider the impact of what you are creating». Can sustainability still be a separate practice, an added value to the design itself, or should it by now simply be, as Orjola defines it, «an implemented core value of every design practice»? Fashion mirrors society: a lack of creativity and the growing demand for fast-fashion ultimately indicate a social crisis. Given the global consumption of fashion products, the industry can influence the common mindset, and it does. Design has the power to engage, communicate and, on the long term, educate the public into making better decisions.

Eindhoven is located in the southern part of The Netherlands. The small Dutch city boomed in the late 19th century, together with the rise of Philips, which opened in Eindhoven, in 1891, as a light bulb manufacturing company. In 2001 the company moved its headquarters to Amsterdam, but Eindhoven maintained its strong industrial heritage, implementing it with a focus on design. Today the former Philips hub, now known as Strijp-S, is entirely dedicated to design, with studios, galleries and temporary large-scale installations. 2017 marked the beginning of the construction of architect Stefano Boeri’s latest Vertical Forest (Bosco Verticale): the project mirrors the original one in Milan, but instead of hosting luxury apartments it will be devoted to social housing. Every year Eindhoven hosts the Dutch Design Week, one of the most interesting design weeks in Europe in terms of innovation and research on sustainability.

Annually we consume more wood than we plant and the over exploitation of forests is making it extremely difficult to replant a new ecology. Södra is Sweden’s largest forest-owner association, with 52,000 forest owners as its members. Södra is also an international forest industry group, with operations based on processing its members’ forest products. Since the early days of civilization, forests have provided pretty much everything –  from protection and fuel to food and clothing, but today wood can also be used for more advanced products. Södra’s operations span from traditional products such as paper pulp and sawn timber, to new applications such as renewable energy, lightweight construction material and textile pulp used to make clothes. The leftover raw material is converted into bio-products; considering the numbers of Södra this results into a large quantity of natural energy, which is then sold to large industrial groups. Once again the goal is the proper consumption of the plant, which decreases deforestation and makes society less dependent on other resources such as cotton and oil. Wood can replace less eco-friendly alternatives, while simultaneously being controllable in a way that other renewable resources — such as sun, wind and water — are not.

The list of benefits which a forest — if properly managed — can bring to its surroundings could easily go on forever, ranging from preventing avalanches to maintaining bio-diversities. There are three major benefits which have a directly positive impact on the environment by reducing the amount of carbon dioxide in the atmosphere. The first is that growing trees store carbon. The more growing trees, the greater the absorption. For this reason it is important to systematically replant trees after they have been harvested. The second benefit has got to do with the use of wood as opposed to other materials: when used, for example, in construction, wood binds the carbon dioxide instead of releasing into the air. The third major benefit comes from using wood as a substitute of fossil fuels, which are heavily polluting both during their extraction process and during their processing and are impossible to biodegrade. The pursue of these three major benefits is at the core of Södra’s rewarding activity. The opportunities offered by a proper and sustainable use of wood can ultimately translate into profitable businesses.

While other industries still strive to adjust their production methods in order to ensure basic standards of sustainability, the design industry was relatively quick to operate changes, with new materials and renewable energies challenging and at the same time inspiring the creation of innovative products. Studio Tjeerd Veenhoven in Groeningen is a product design studio whose work spans on the entire process of creation, from raw material all the way up to product and consumer experience. Sustainability and innovation are the essentials of each new project. The experimental process ends with a Proof of Principle, expressing the possibilities of the newly designed product. One of the series of products created by the studio is named after the entirely new material used for its creation: Palmleather. The Palmleather project started off by researching cheap plant based replacements for animal leather, plastic and rubber. In the Southern part of India 80 million areca betel nut trees grow in plantations, parks, reserves and in natural environments.

The leaves of the areca betel but are currently part of the large volumes of waste produced by the food-industry – they can be upgraded as material for design objects before ending their life cycle as compost. Palmleather is made by dipping the dry and brittle leave from the Arecae Betel Nut into a biological softening solution, developed by the studio itself. After a few days the material turns permanently soft and flexible and shows great aesthetic quality. It can then be processed with conventional machines. The entire upgrading process is a non-polluting one, with a water consumption of maximum 20 liters for each m2 of premium quality Palmleather. Several of  Studio Tjeerd Veenhoven’s projects, including Palmleather, have made a successful transition from being Proof of Principles to being sustainable business. 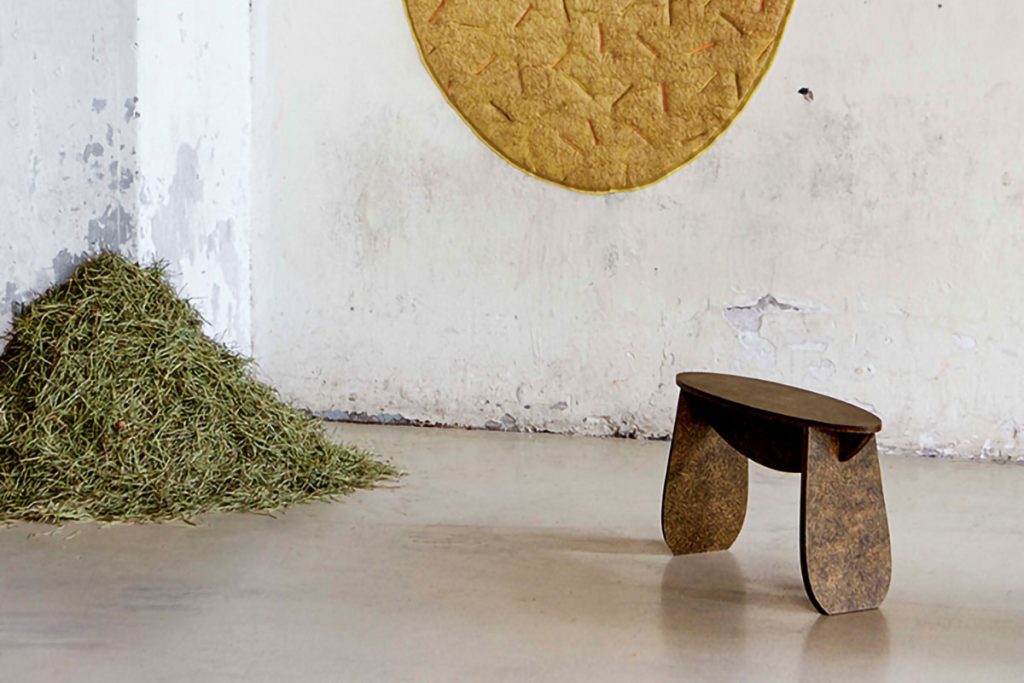 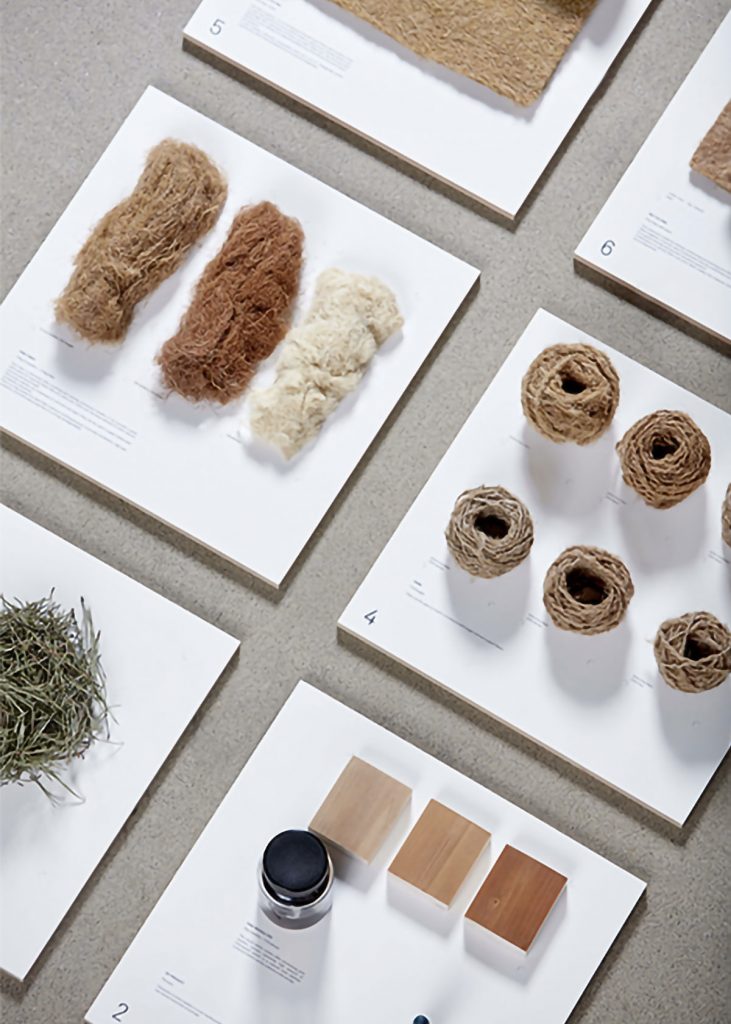 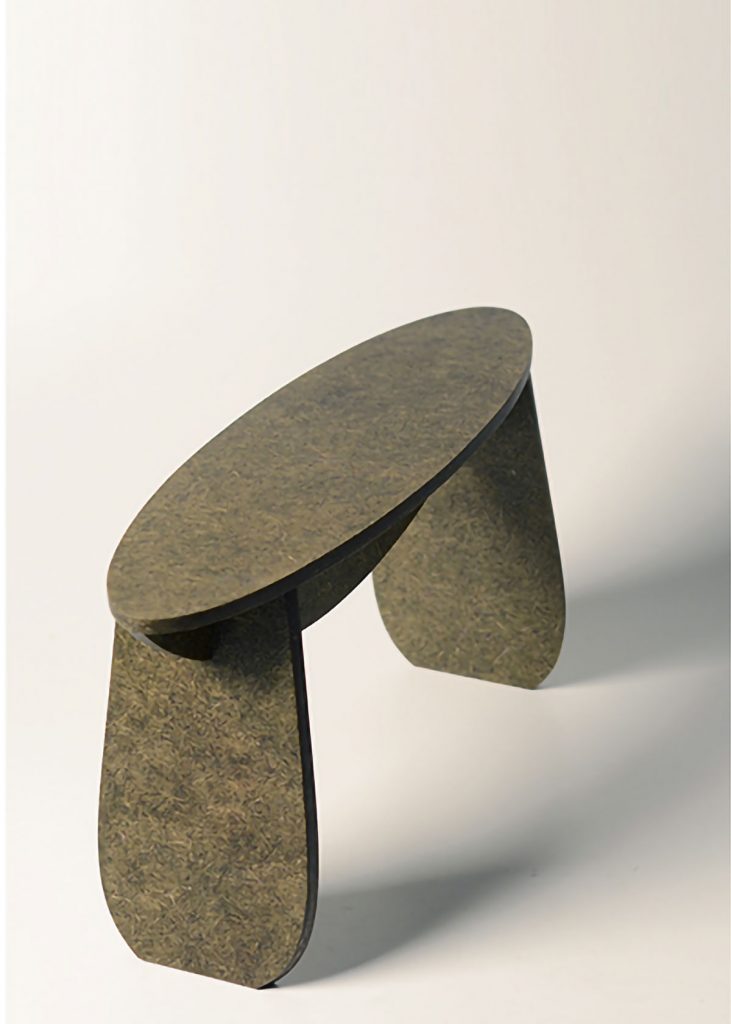 Colorifix – Tackling one of the textile industry’s most environmentally damaging processes: dyeing

CEO Orr Yarkoni explains how cells can be manipulated to dye fabric, cutting back on water wastage and chemical pollution globally: water use is cut by 50 percent to 90 percent

Reversing the urbanization logic: what if the answer were rural areas?