Under the Cover, Lisbon. A magazine’s cover is a part of the selection criteria

The world of independent zines and alternative press has had a metamorphosis over the years. It started with fanzines in the Thirties

Across the street from the gardens of Gulbenkian Modern Art Centre, situated on the Rua Marquês Sá da Bandeira street, Under the Cover, with its blue-door is hard to go unnoticed. The shop houses a stash of independent-magazines, journals, and books from around the globe. Bibliophiles seek out this contemporary-magazine boutique for stimulation. Under the Cover was established in 2015 by Luis Cunha and Arturas Slidziauskas. Having trained in the health sector, they did not have an idea for a business, but gave each other a deadline for starting a project before one of them turned thirty. The two met in 2010, and Slidziauskas arrived in Portugal, for the first time, from Lithuania as an Erasmus student shortly after. «We have been together since», says Cunha. Collecting and reading indie magazines to broaden their horizons, their desire to share the appreciation they had been cultivating over the years translated to the inception of the concept. «We wanted to make a difference in the community by inspiring people the way magazines inspired us». The lack of a space in Lisbon strengthened their conviction, as they drew motivation from their favored magazine store, Do You Read Me? in Berlin. «We had been travelling around Europe to magazine stores for years before we realized Lisbon was lacking a space where we could explore titles», says Cuhna. He holds his end by participating in the day-to-day of the bookshop, while Slidziauskas works as a family physician on the side. On a mission to create a one-stop-shop for thought-provoking and progressive reportage, they serve as guides or interlocutors to anyone curious about the indie-magazine scene. Their tastes and interest help complement each other’s style. While Slidziauskas is into art and fashion, Cunha prefers to read magazines that cover science and the environment. «This works for us as we end up dividing the reading list», says Slidziauskas.

Slidziauskas hired Alex Vacchi from Italy to design the ten-square-meter space. «I met Alex during my Erasmus years. He works as an architect and interior designer in Milan. We sent him our store plan from which he designed the 3D renditions. We have limited space. His design helped us maximize each aspect including the walls. The store was designed virtually through a series of emails and video calls». The logo was created by a friend, Valeria, from Berlin. Walking into the store, you enter a multi-colored bubble. Shelves work as canvas, magazines as paintings and artefacts. The store has the charm of an art gallery. The colors of the covers contrast with the white walls, curated on shelves that do not offer spines. Each publication is highlighted on the shelves – none is hidden behind another as each deserves equal attention. One morning, strolling around the neighborhood, Slidziauskas discovered the spot that would become their dream project. «We were looking for locations for the store. When I stumbled upon the space with the signage, I knew this would be the location for us». A summer destination, the park and the museum attract tourists and people from the locality. The store is nestled in a neighborhood for residents around coffee shops, away from the hustle. «We will not trade this for a high-street shop. We want to provide an environment that offers ease – our magazines are an invitation to slow down. Apart from the residents, the university across the road, and offices help attract a crowd», says Cunha. Courtesy of the long-standing relationship with their patrons, you can find the store populated with folks who pop-in to greet the curators. In the absence of prior experience in stocking magazines, the duo began researching online for direction. Following bookstores and magazines on social media helped them stay updated. Being a store within an industry that has a circuit, they started receiving emails, samples and requests from publishers who discovered Under the Cover through online platforms and word-of-mouth. «We wanted to feature projects in the making. We receive feedback from customers who are involved in providing suggestions», says Cunha. He concedes that a magazine’s cover is a part of the selection criteria, «when a customer arrives at our shop, they notice the cover of the book. Each cover should be gripping enough for them to pick it up from the stands».

The bookstore fits over two-hundred independent-magazines from around the world. Devoted to quality and diversity, they remain conscious of their client’s needs while selecting magazines. Given their geographies, the magazines are in English or are bilingual. The quality of paper, design, layout, photography and printing are transversal to the choices of the bookstore, but there are common denominators. The shop owners are on a look for magazines that have a narrative. «We maintain an equilibrium with our selection process. We are not looking for publications that feature specialist or senior journalists. Sincerity of thought, articulation and immersion in the idea will do it», said Slidziauskas. Publications with minimum resources create content of value as compared to publications that rely on advertisements for growth. There is no escaping the struggle of establishing an indie magazine, it attributes for a sense of liberty. «Advertisement oriented magazines have to struggle for a voice», Cunha says. Part of a handful of independent-bookstores in Portugal, «magazine exclusivity is not a strategic or business decision. As there are no shops like ours in Portugal, we end up with journals that through default are categorized under this banner, for example, Flare magazine», Slidziauskas adds. In 2016 they had a collaboration with The Outpost magazine based out of Lebanon. Under the editorship of Ibrahim, the magazine stood for breaking prejudices and reported on subjects from the Middle-East.

The world of independent zines and alternative press has had a metamorphosis over the years. It started with fanzines in the Thirties, produced by fans of a cultural phenomenon for the pleasure of those who share their interest. Published in numbers within a limit, fanzines were created by admirers, in an amateur style, with resources that reeked modesty. «They were papers stapled with nasty collages. Now what you have is a cross breed between zine and magazine. Magazines would consider themselves zines due to their beginnings», says Cunha. Under the Cover, brings on stands zines that have been unheard of. Fat Boy zine is one of them. Self-published by an immigrant man, the traveling zine chronicles his food memories and experiences from the cities he grew up in. Each of the issues focuses on a country in Asia. They stock zines on Portuguese analog photography among other subjects. «There is a symbiotic relationship between us customers, the publishers and us», says Cuhna. Finding writers or photographers for magazines comes naturally to them. For magazines that are starting out and rely on contributor’s worldwide, «independent-publishing is open to everyone that wants to participate in the narrative». A customer walks in and finds a magazine. The contents interest him and he starts enquiring about it. In the scenario that they happen to be writers or photographers or have a story to tell – they approach the magazine themselves. «We have cases of customers writing for a magazine, getting published, and then returning to pick up the copy with their article in it. It is rewarding to see the process take a full circle», says Cunha. People who want to start their magazines go to the store for encouragement. «A girl who was completing her Erasmus in Lisbon wanted to start a magazine called Salt & Wonder covering food related startups. She wanted to dedicate her first issue to Lisbon. She came to pitch the magazine to us. We have stalked that magazine since its first issue», Slidziauskas tells us.

The narrative around sustainability has become a discourse in the world of publishers. The past years have seen the launch of magazines that focus on creating green content. «You see magazines as a reflection of the society and what is unfolding. That is what I appreciate about magazines. They are records of a period. One of my customers told me magazines are time-capsules», says Cunha. Magazines such as Ikarus, Atmos, It’s Freezing in L.A., and The Preserve Journal stir conversations about environmental issues. There are lifestyle magazines that have dedicated sections to include sustainable living in their narrative. The food and fashion magazines expand on sustainable food chains and ethical fashions, respectively. «Lampoon magazine’s Prada Re-Nylon project was an initiative to acknowledge the problems and redefine luxury fashion», Slidziauskas points out. Magazines and editors want to contribute and be a part of this movement. «When we started the bookstore, there was no noise around the topic». The store remains committed to inclusivity through their repertoire of magazines covering socio-cultural accounts from sexuality to colonialism. They want to provide a platform for the underserved communities and they do so by promoting voices that need to be heard. «Black models on the covers of magazines were unseen, but this is changing», says Cunha. Magazines are vessels of knowledge that showcase perspectives for approaching inclusivity. Erin Journal, a magazine based in Nigeria focusses on its culture, Sandwich Magazine weaves stories about politics and the relationship between Africa and the west through food, Phile Magazine about sexual subcultures, We Are Europe’s up-to-date issue spoke about colonialism and its impact on shaping our fabric in culture. «We want to support such projects by giving them a place on the stands».

Their pre-existing online shop got busy after the pandemic. They offer world-wide shipping, home delivery and store pick-up options. Customers cue up outside the store to hold their chosen magazine copy. «People crave to visit our shop. To buy in person, the client gets to meet us and have conversations and exchange insights about the magazine projects on display. The touch, feel and smell enhance the buying experience», he added. The duo faces logistical challenges when ordering magazines from outside the EU. Brexit has had an impact on their business, with UK-based magazines becoming expensive. An occupational hazard they mention is turning down amateur magazines that remain a product of people’s passions and handwork. «We receive proposals to help propel start-up magazines. We cannot say yes to each one of them and it is a challenge to say no. Due to space constraints and the curation philosophy. We understand these projects stem from the passion for a subject and are not looking to discourage anyone». confesses Slidziauskas.

Indie magazines of their choice include: Hercules Universal, Dust, Weapon of Season and Against Nature Journal. 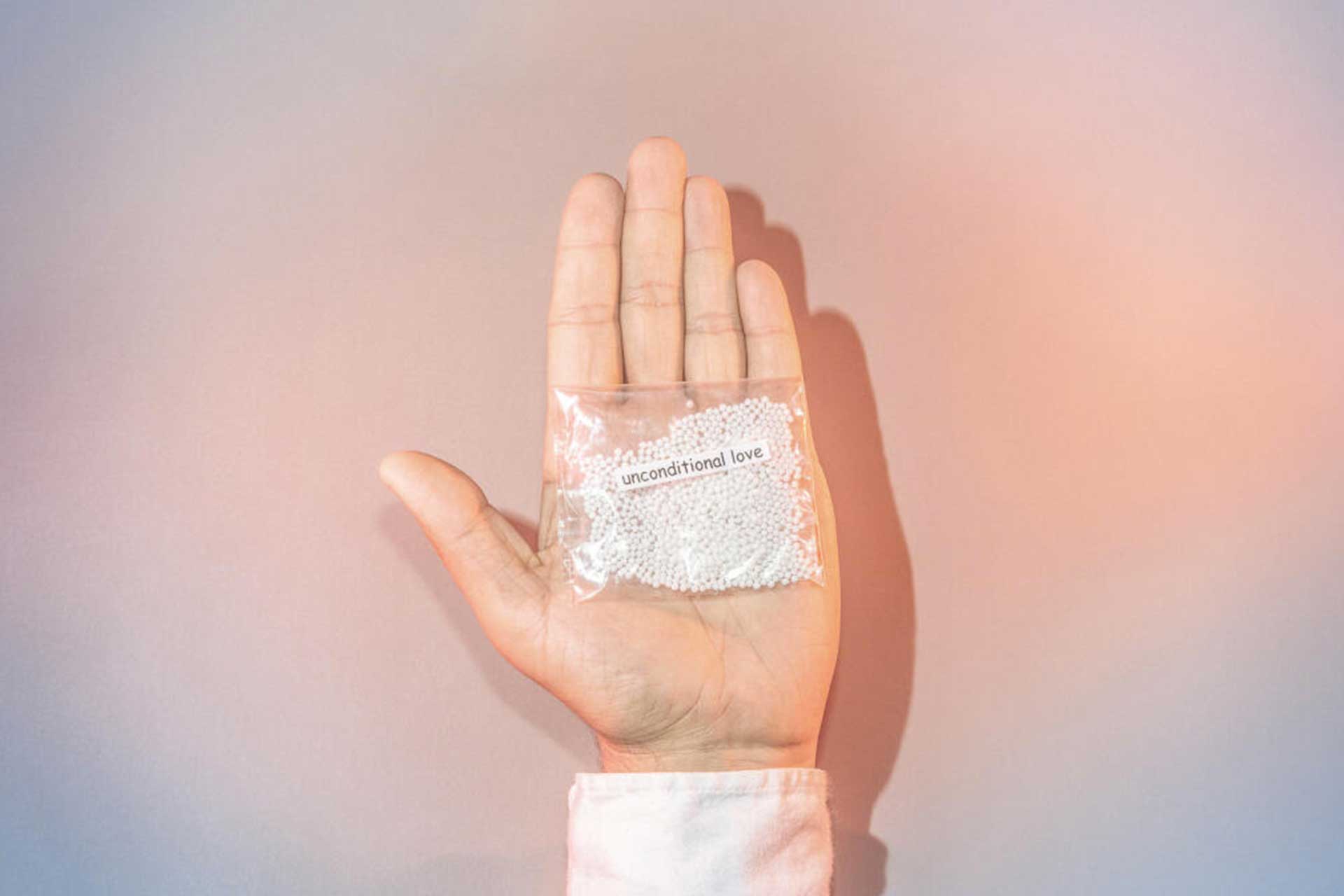