On a hill in the Chianti wine area is a resort — Castel Monastero — which develops around a square. After crossing the iron gate at the entrance, a village appears

The open space that a hotel normally enjoys is a courtyard, or patio, or terrace. Castel Monastero has a piazza. A path climbing through the fields of sunflowers and expanses of wheat leads in front of a medieval building. After crossing the iron gate at the entrance, what appears to the visitor is a village. It is an image that resonates abroad, especially in the US, amplified by movies like Under the Tuscan Sun.

Around the piazza are a medieval turret, a church with its bell tower, and the stone structures that once (up to sixty years ago) served as a dwelling. Today, after a careful restoration phase, Castel Monastero is a resort that welcomes tourists from all over the world, and is a member of The Leading Hotels of the World. There are no other places like it. After the closure imposed by the recent Covid-19 national security provisions, the hotel reopened its doors.

We are in Siena, in the Chianti region in Tuscany, on a hill between the Malena stream and the Ombrone river. Since 1932, the territory has been part of the Chianti wine area; it is divided between the sub-area of the Colli Senesi and that of the Classico.

The name of the place, Castelnuovo Berardenga, originates from Berardo, one of the sons of Wuinigi di Ranieri, who came from France to Italy as the Legate of the Emperor Louis the Pious and became political governor of Siena between 867 and 881. Near Castel Monastero, on foot, you reach the Abbey of San Salvatore della Berardenga, which was founded in 867 by Wuinigi and his wife Richilda.

At first, it was a female monastery and was later converted into a male one by the brothers Ranieri and Berardo II. The monastery continued to be the focal point of the family, which ruled for several centuries in this part of the Tuscan territory, building and cultivating.

Obtained from the recovery of a medieval village built in the eleventh century as a convent, Castel Monastero was transformed into a fortress. In 1208 it was besieged by the Florentines and in 1270 it was conquered by Guido of Montfort, who used it as an outpost against the city of Siena. In more recent times it became the countryside residence for hunting and for the production of wine of the noble Chigi Saracini family, whose coat of arms is a star.

Time stops here. Crossing the entrance door leads to another space-time dimension. The troubles of the city are a memory. Anxieties and worries remain outside.

There are seventy four rooms in Castel Monastero, plus a suite and a villa — Villa Lavanda, a 17th century farmhouse surrounded by a garden and a Chianti vineyard. After the Covid-19 emergency, half of the rooms were reopened, most booked by international customers, but some also by Italians.

In the main square white tablecloths and gazebos wave. The wrought iron tables are set up for the rich buffet breakfast, and for dinner in the Contrada restaurant. You can eat outdoors, if the weather allows it — otherwise, in the two internal rooms. On the menu, you will find the flavors of Tuscan cuisine, revisited from a modern perspective by chef Mirko Capretti.

Among the suggested dishes — varying from pea cream with Erborinato del Mugello foam, to the fillet of beef with foie gras and Port sauce on brioche bread, to name a few — the sweet Panzanella deserves a special mention. In the summer it can be served as an appetizer: all the ingredients of a normal Panzanella are made sweet — tomato ice cream, caramelized steamed onion, lumps of bread, and celery.

Passing the small church — which is still active today with liturgical services — you go down the masonry stairs. Turning left, you arrive at the cellar. La Cantina is the name of the second restaurant in Castel Monastero. It unfolds within the castle’s medieval cellars, where the estate’s Chianti has been matured in barrels for centuries.

The ancient high vaults and the exposed stone walls have been kept intact, dinner is served on wooden tables creating an intimate and relaxed conviviality, with the help of soft lighting. In addition to tasting the Tuscan cuisine, you can get to know the wines of the area, taking part in the Wine Tasting Program, a guided food and wine journey to discover the Tuscan wine tradition. Each wine is accompanied by food that is complementary on the palate.

We go back outside. Turning right, you follow the path that leads to the Castel Monastero Spa. In front of the structure that contains it, two swimming pools with a dark bottom. The one on the right, overflowing, pours on one side through a waterfall into a third shallow pool. The bar service is available to the guests.

The spa is developed over more than 1000 square meters with an area that can be reserved and used exclusively. Slimming, detox and anti-age treatments are offered. Massages amplify the positively alienating effect of this place.

In the wellness center, which consists of a hydromassage with waterfalls, two saunas, a hammam, and emotional showers, you can access the Aquae Monasterii path: a tub filled with sea oil, designed exclusively for Castel Monastero by the medical team of Thalasso del Forte, the spa of Forte Village, the World’s Leading Resort since 1998.

The water is characterized by the presence of a high concentration of magnesium chloride, which allows the body to float naturally, promoting muscle relaxation with a beneficial action on the entire osteoarticular system. Recommended in many circulatory pathologies as it counteracts water retention and accentuates a marked anti-oedematous action, it facilitates psychological relaxation. 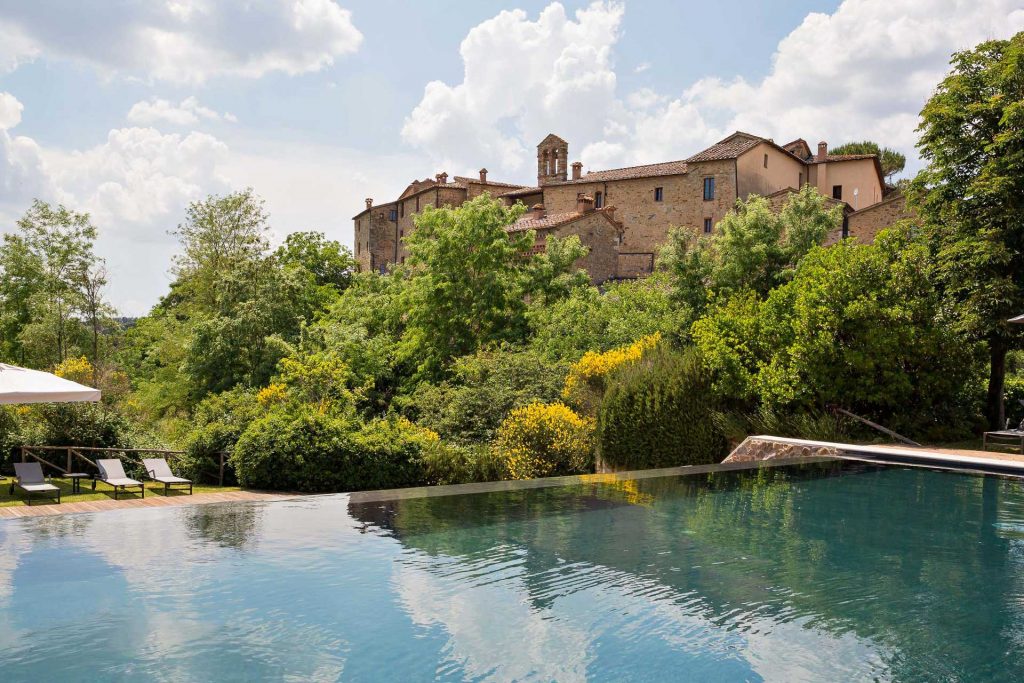 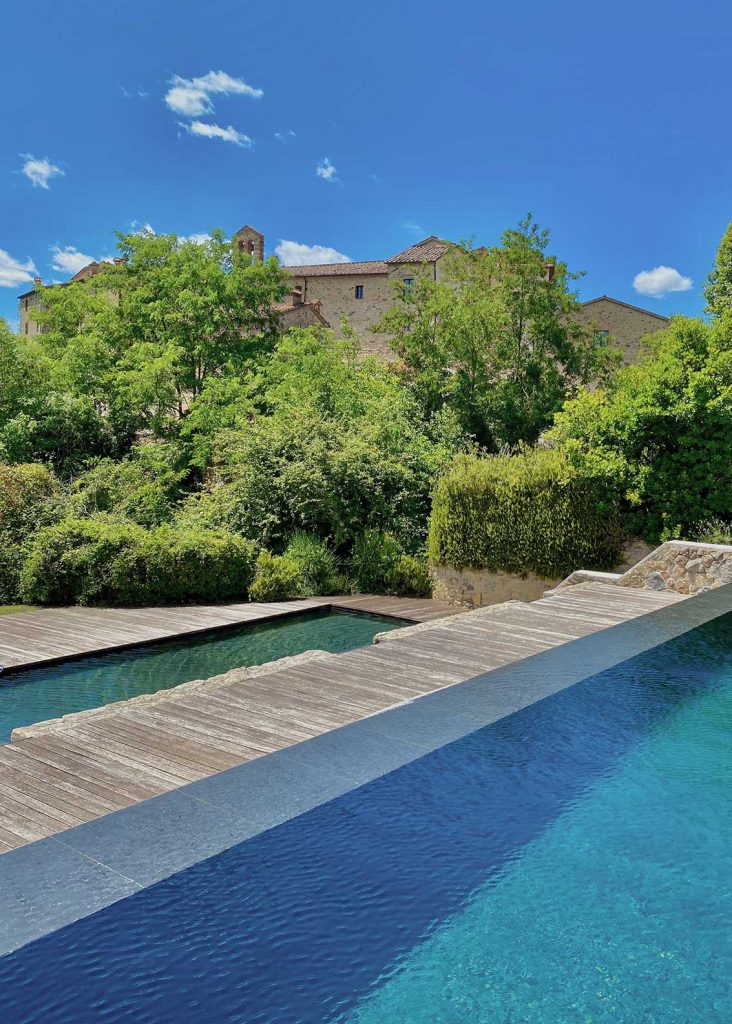 The site is subject to preservation orders and supervisions. Interventions such as hammering a nail in the wall do not occur. A restraint to exhibition display is posed by humidity

Gnomo, Spain. Customers enter the store with the intention of visiting the owners

Returning to using ceramics, wood and paper found in design elements and objects within the wholesale. Their prospects are attributed to investing in quality goods

Theatro, Portugal. Gravitating to the world of prose and poems

A town’s population of 64,000, and a market permeating with booksellers, it was not a viable proposition to open another stand-alone bookshop