«I desired people who were curious from the neighbourhood». This sense of discovery has become one of the successful parts of Ed. Varie

The creative institution is located in lower Manhattan, New York City. The creative space opened its doors in 2009 and has succeeded through Detroit born artist and curator Karen Schaupeter. Since opening, Ed. Varie has become a venue for the existing art community. The woman behind Ed. Varie, Karen Schaupeter studied fine art at the University of California, Berkley before gaining a scholarship to study with Temple university in Rome, Italy during the period of 1996-1997. «While I was there, I was working in present-day genres and innovative temporal sculptural media, I wasn’t operating in customary art forms. I had the opportunity to learn about printmaking which is when I became familiar with the term Edition Varie». The name Ed. Varie is an abbreviation for Edition Varie, implicating that implicating that there is a unique aspect within an edition. Theoretically when making prints and editions they are supposed to be exactly alike. In an edition varie, the artist creates a variety in the set on purpose, whether it be found in the colours or fabric, to add a sense of uniqueness to the art exhibited. «I opted to name the gallery after the abbreviation because I sought Ed. Varie to be a versatile space, as opposed to a conventional art gallery». According to Schaupeter, «several artists make editions without realising. I had an artist that reproduced a brick from a famous skate location. They made a mould of the brick, editioned the brick and designed the brick in thirteen diverse colours». Karen Schaupeter moved to New York three years prior to opening her gallery. «I additionally work in the photo industry and I have been in production for over twenty years. I started out as assistant before starting as a wardrobe and prop stylist. In the beginning I would prepare for photoshoots in my apartment with limited space, which is what drove me to find a workspace that was separate to my living space.

The first Ed. Varie was located at 208 East 7th Street. Living in New York, I noticed that there were either high-end galleries in Manhattan or DIY artist run spaces in Brooklyn, there wasn’t anything in between. I wanted to merge the two and create a venue that could feel open, anonymous and vague on purpose to allow us to participate in an assortment of events». Located in Alphabet City, between avenue b and c, Schaupeter reminisces about how people’s mood had changed by the time they reached the gallery. «I didn’t want foot traffic, I wanted destination traffic. I desired people who were curious from the neighbourhood. This sense of discovery has become one of the successful parts of Ed. Varie. People are continuously discovering us, and they come across our gallery organically, whilst being in the area or through a friend, which is admirable to us». «I started subsidising the space by renting office space to friends who were graphic designers, artists and creatives. Graphic designer Nick Neubeck was ahead of the curve in publishing at the time. He had been publishing books in San Francisco since 2004 with the likes of Matt O’Brian and Peter Sutherland. Our collaboration began when he asked me if I could start hosting book launches, which led to our first show being a huge triumph with Mark Delong who was publishing a book called Cold Pop, with Nick at the time». Not long after exhibiting a book in Ed. Varie, independent and self-publishers began pursuing work with the gallery. «We were suddenly put on the radar of working with independent publishers on art books that weren’t catalogues. It has become prominent that we work with publishers who dedicate care and time into their artists’ books and portray stimulating and current subjects, that allow people to learn about the artists we are exposing in a new dimension».

Participating in the New York and Los Angeles Art Book Fair, Ed. Varie opened its personal bookstore arm in 2012. «The publishing community continued to grow. Customers would visit Ed. Varie and be inspired by all of our publications». Alongside the Ed. Varie gallery, Karen Schaupeter is the founder of the Independent Art Book Fair. A platform for independent groups of publishers, bookmakers, and artists that began in 2016. Independent Art Book Fair presents an international selection of exhibitors that define up and coming trends in publishing and artist editions. «We partner with galleries and organizations to create a series of project spaces and programming that align with our overall mission». The book fair exists as a globally travelling art and book event and usually takes place in September. «Since the pandemic, we have been on a hiatus from real life events, but I am pleased to finally be preparing for a re-invented Independent Art Book Fair. We are planning a fair that will take place over the duration of one month, with an intimate group of exhibitors, to allow for social distancing guidelines and coronavirus procedures. The event will revolve with distinctive exhibitors every weekend and is reserved to go ahead through this summer».

Ed. Varie has created a space that is inclusive of young creatives who are doing projects on a smaller scale. The gallery and book fair have become accessible to people in terms of costs to get in, experience and numbers of work you have participated in. «I wanted to produce a space that was inviting for young and promising artists and publishers to network». Being familiar with independent publishing fairs, Schaupeter was aware of the narrative and design these undertake. «They are filled with tables lined up and it becomes like a conveyor belt. It is a surrounding to become lost in and zone out. I wanted to change the layout physically to make the fair maze like and keep people on their toes, offering publishers additional table frontage. The fair has formerly been designed socially distanced. My alternative layout meant that tables were widespread across the room and farther than six feet apart». Playing a cardinal role and mentoring the careers of unknown and underrepresented artists nationally and internationally is a mission Ed. Varie has strived towards since opening. «Ed. Varie is a space which welcomes emerging artists at any age, who haven’t had the opportunity to publish their work, or exhibit their talent». Ed. Varie gallery and bookshop has collectively worked with over five hundred artists and publishers. «There are artists that we have witnessed blossom in their career. We have been fortunate to work with talented individuals more than once who aren’t represented». Ed. Varie opened before social media and any takeover from technology. Schaupeter explains the efforts she had whilst making a Facebook account for the business. «There were no business pages on social media back then. People merely thought that the gallery Facebook page was a real person». Ed. Varie now has several social media accounts that co-exist to promote and feature the art and books exhibited in addition to respond to any queries and concerns customers might have.

«We have several developments on the forefront. Ed. Varie will be curating a new space in Chinatown with our first exhibition opening on March 18th up until April 18th. The event was a group exhibition and featured the artwork of about a dozen artists, from the United States and beyond». The exhibition tapped into some of the absurdities of the pandemic, the inaugural exhibition was titled Group Sex, with this quote from the NYC Gov website providing some inspiration: «The New York City guidelines discourage group sex, but give advice for those who do ‘decide to find a crowd’. Pick larger, open and ventilated spaces». Group Sex as a title is not a literal interpretation for the curation, but instead has a goal to create a joyful, fantasy filled visceral exhibition and experience that we have been missing, and with the objective to include artwork of every medium. Group Sex invited eleven artists to collaborate and and debut works in a newly curated space by Ed. Varie’s. Signature pieces of the exhibition include Colleen Herman’s Submerged Canvas. Moises Salazar’s Spring Fever Faux Fur Glitter on Board. Giorgio Handman’s variation of his print series, Cock and Flowers. Scout Zabinski, Pandora’s Box, Acrylic on Canvas. The latest space currently being curated in Chinatown was partly initiated to act as a place to act as a place to help people find community again. Ed. Varie will be curating a bookstore and magazine rack for Full Tank Moto Café, in addition to their East Village Gallery & Bookstore. Partnering with Steve Peirce, fashion photographer who founded Full Moto Tank Café, the two have collaborated to create a diverse art, fashion and motorcycle gallery and café space. «Steve and I were neighbors for several years in the same building. He had an idea to incorporate an art gallery and bookstore into his motorcycle café which led to Ed. Varie joining Full Moto Tank Cafe. We are piling our resources on top of each other to make something superior to what would have been achievable on our own». Presume art in the gallery, a section with finely curated fashion magazines, books and zines, a ramp for motorcycles and a café/bar space to associate in. «We are achieving to be inclusive for everyone to view the artwork in the gallery, but there is a comparison to viewing artwork in person and scrolling through it on your phone. You can feel the art and all of the objects we plan to showcase in a dissimilar way from a real-life experience, which is imperative and what we aspire to do. We are accompanying each other’s vision in order to help the local community and keep a physical space open». 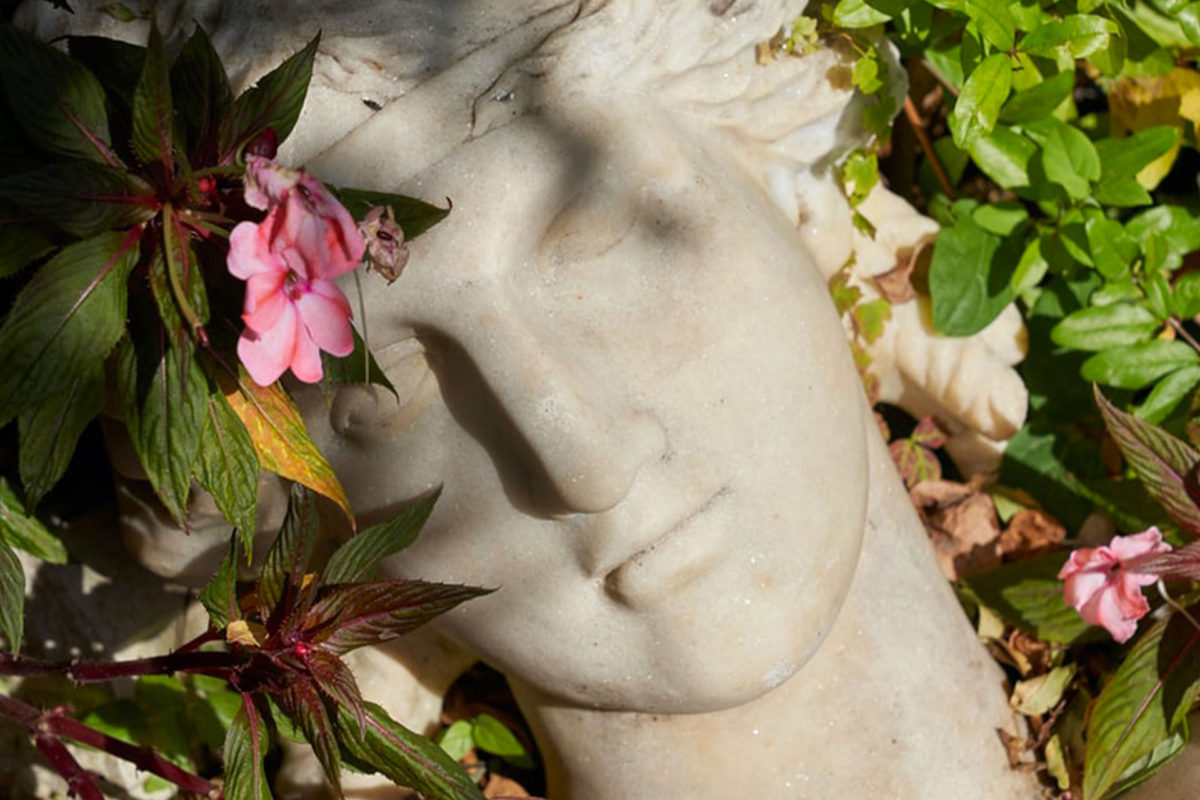 Palazzo Avino, Ravello. A flower cart at the entrance

A hotel opened since 1997, located in Ravello, between Positano and Vietri. At the entrance a flower cart, on the piano the pink hyacinths, the Creed’s perfumes in the boutique 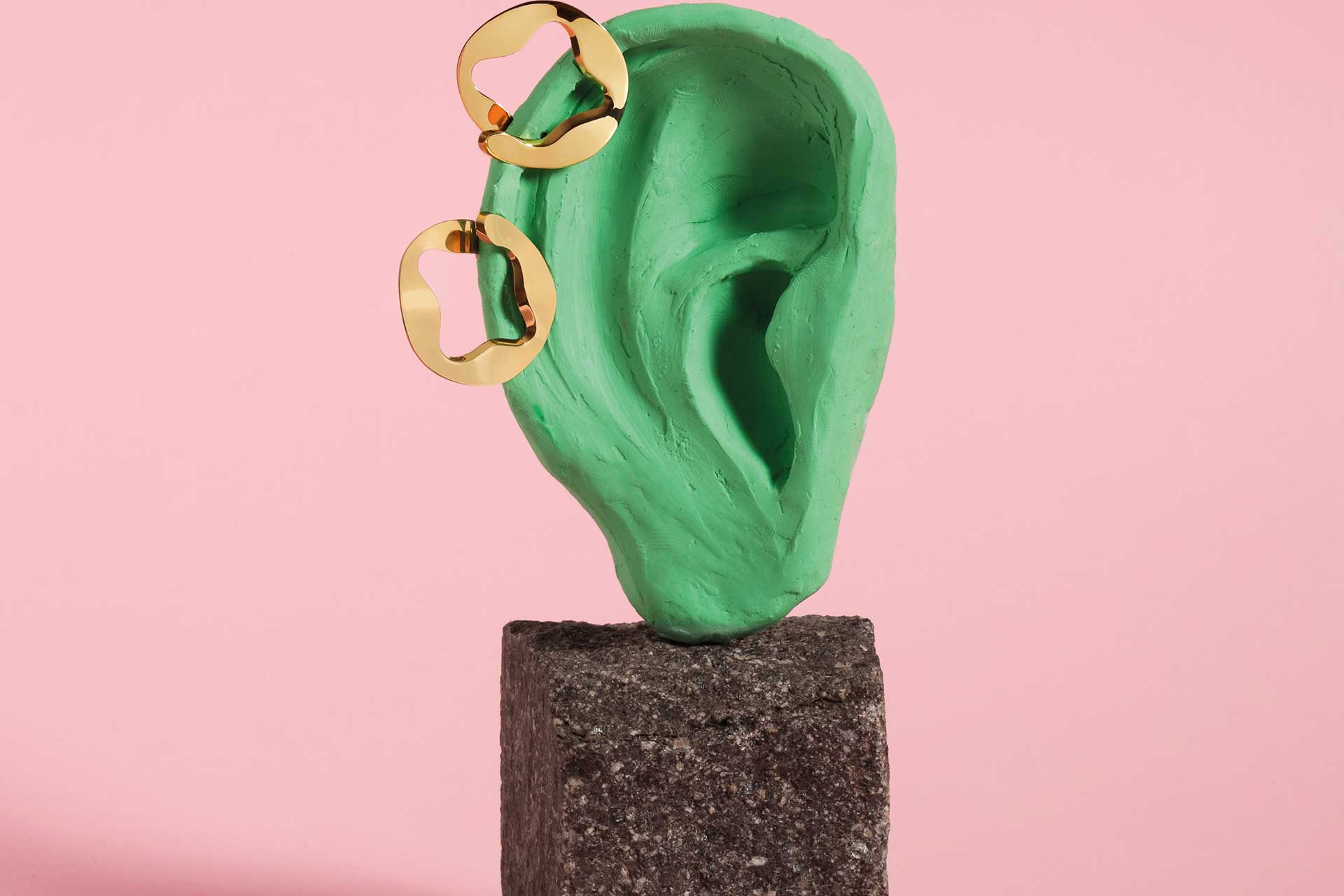 Prompted by his peers during a game of cricket, Patel formulated the proposition to acquire the magazine and newspaper store that had been around for sixty years

Chanel, Paris. The symbolic value of the lion, the strength of Coco Chanel

The revelation of an untold aspect of the founder’s existence. From ‘Coco’ Chanel’s zodiac sign, to the Lion of Venice which struck a chord with the founder and sealed her fate till death