Casa Cavia, Buenos Aires. A rationalist villa in the ‘district of wonders’

Conceived by Norwegian architect Alejandro Christophersen, the villa was declared a landmark of Buenos Aires’ heritage in 2011, and was restored by British-American studio Kallos Turin in 2014

In 2016, US First Lady Michelle Obama was welcomed to Buenos Aires by Juliana Awada, wife of then-President Mauricio Macri. The two turned the planned fifteen minutes of exchange into a thirty-five minute conversation exploring their roles in the public and political eye. This was not the only wrench thrown in the security protocols of the American diplomatic trip – instead of an embassy or governmental venue, Awada had chosen to meet her foreign guest and counterpart at Casa Cavia.

Inaugurated in 2014, Casa Cavia is a multi-purpose cultural space that hosts a restaurant, cocktail bar, publishing house, bookstore, and flower shop. The structure that in turn houses Casa Cavia is called Residencia Bollini Roca – it was constructed in 1927 and renovated by architecture studio Kallos Turin in the style of the Belle Époque. It belongs to the district of Palermo Chico, an area whose origins date back to 1836, when Juan Manuel de Rosas— a politician, governor of Buenos Aires, and military leader—bought acres of land to construct his residence. In 1912, Argentine-French architect Carlos Thays developed an urban project for the residential part of the property, which was selected to be displayed overseas at the 1912 London Industrial Exposition.

The architecture of Palermo Chico is characterized by the curve and diagonal layout of its streets, as well as its oval piazzas which interrupt the grid typical of cities developed in the colonial era. The urban planner imagined a residential neighborhood for the aristocracy of the Argentinian capital, a district dotted with greenery and native vegetation. The first villas with gardens were constructed in the Neoclassical style, and have today been repurposed to function as embassies. The large green swath of parks and gardens known as Parque Tres de Febrero is modelled after Paris’ Bois de Boulogne and London’s Hyde Park. During the twentieth century, the landscape of the neighborhood was enriched by modern buildings of historical importance, such as the Victoria Ocampo Villa designed by architect Alejandro Bustillo, and avantgarde structures such as the recently-constructed Museo de Arte Latinoamericano de Buenos Aires (MALBA).

It was in this context that Casa Cavia, whose name dates back to these first construction projects, was conceived by Norwegian architect Alejandro Christophersen. The son of a diplomat, Christophersen was awarded the commission for a villa that an aristocrat had previously wanted to gift to his wife. The building was listed as Residencia Bollini Roca, with a façade facing Plaza Alemania. In accordance with his philosophy, Christophersen utilized various historic references to serve his rationalist aesthetic, resulting in a building that was the epitome of the spirit of the twentieth century.

The villa was declared a landmark of Buenos Aires’ heritage in 2011, and was restored by British-American studio Kallos Turin in 2014. The studio preserved the building’s original context, while inserting more contemporary elements: an exercise in contrast, playing with historic time and space. The restoration is a tribute to the villas and restaurants seen in Paris and Buenos Aires during the Twenties and Thirties. The circular shape of its garden features a raised pool at its center, reflecting the sky and surrounding landscape. Today, a series of platforms connects the original structure to the storefront at the back of the garden, finished with the same materials as those used in the original restoration, but reimagined with a modern touch. The café is composed of four separate rooms: the entryway, transformed into a space for meetings and exhibitions; the reception, which offers a glimpse into a garden; the salon and the bookstore, reminiscent of a classical reading room. The top floor is occupied by the headquarters of the publishing house.

The creative director of Casa Cavia is Guadalupe Garcìa Mosqueda, who uses her training and experience as a documentary filmmaker (she studied filmmaking at Buenos Aires’ Fundación Universidad de Cine) to direct the lighting, staff uniforms, and every detail of the dining table —from flatware to plating— weaving each element into a story told through gastronomy. Chef Julieta Caruso has conceived of a menu that mixes flavors of Asia, Europe, and Argentina, citing references from literature and cinema. A chocolate cake topped with dulce de leche ice cream and cacao beans, for example, alludes to Danny DeVito’s classic Matilda. The lamb, sizzled at a low temperature, with crisps of its own skin, aromatic herbs, and quinoa, draws inspiration from Jonathan Demme’s The Silence of the Lambs.

Available in the bookstore are volumes by the publishing house Ampersand (the logogram representing the Latin conjugation “et”), which is managed by Garcìa Mosqueda’s mother, editor-in-chief Ana Mosqueda. The publishing house defines itself as a platform for the production of knowledge, publishing essays that deal with visual culture, fashion, philosophy, and literary theory. Ampersand is a cultural space located on the top floor of Casa Cavia, where the publication launches events and organizes specialized courses in writing and editing. The last section of Casa Cavia is managed by floral designer Camila Gassiebavle, founder of Blumm Flower Co. Studio and believer in the integration of plants into visual arts, design, and landscape. 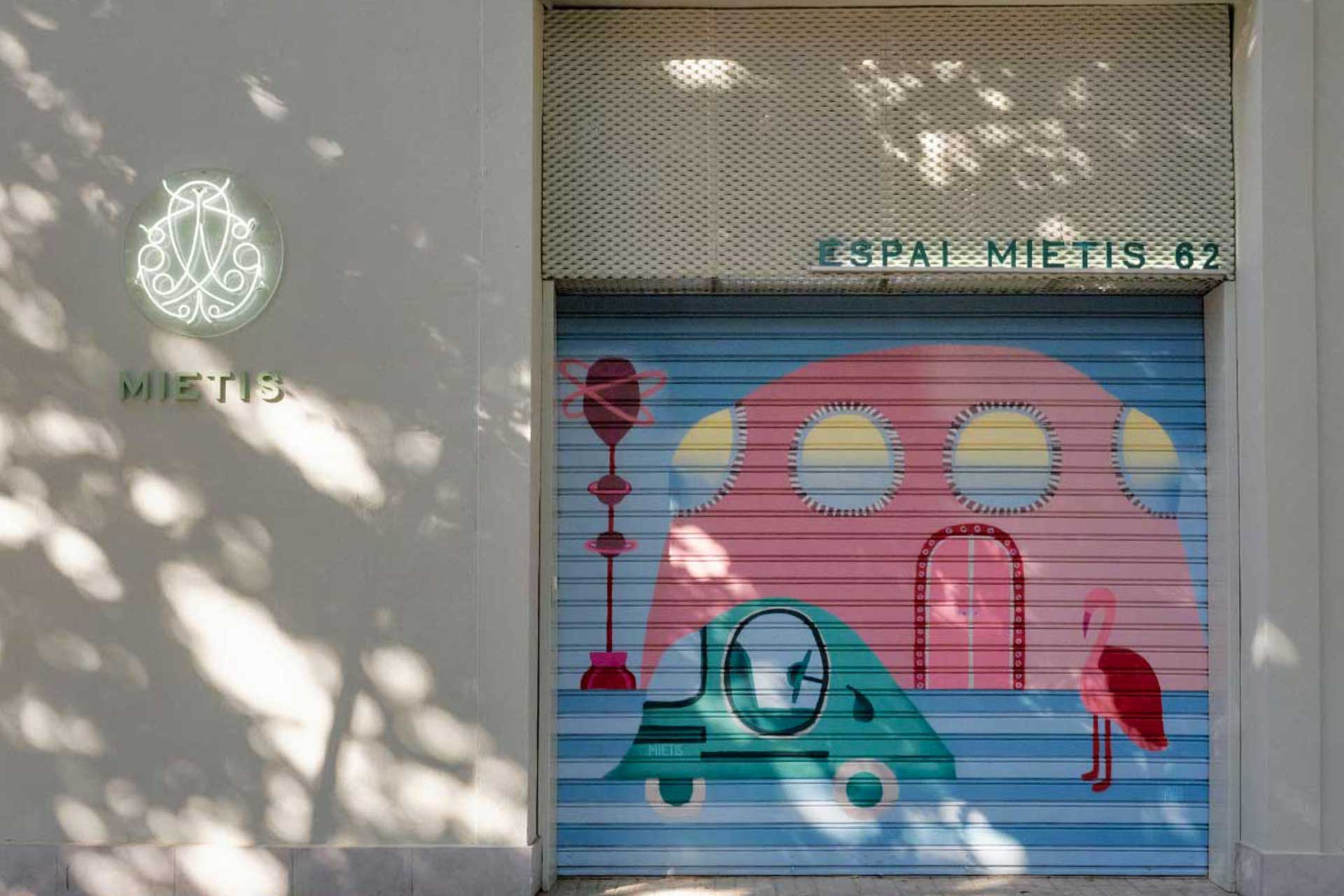 Wentz, São Paulo. Forms found in nature as a way of designing

Guilherme Wentz expands the experience with the environment. Having decreased access to technology in Brazil, the brands product design is manufactured by family companies in the country